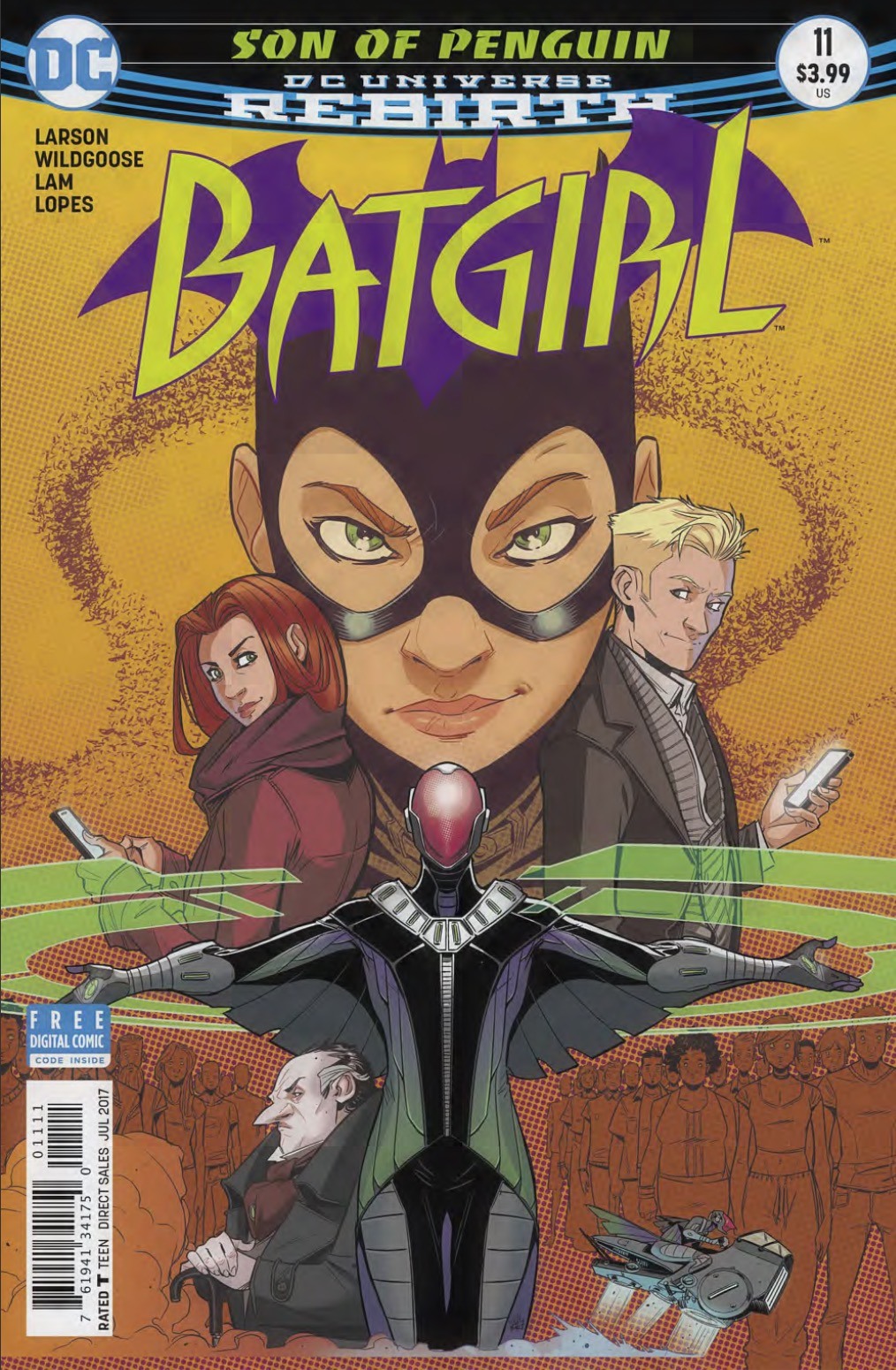 “Son of Penguin” concludes here in Batgirl #11 and its finale makes an entertaining read out of an arc that is a little less than captivating. Like Larson’s previous finale, this one is also a fast-paced battle with Batgirl’s hero-versus-villain banter running simultaneously with her chasing them down and, in this case, plotting how she can set the stage to win the day. Her setting that stage is the fun part of the issue as she chases Penguin’s son, Ethan — or Blacksun – who has the upper hand. How does he have the upper hand? Well, that points to the more disappointing part of this arc where his data company, Vicform, has been mining data through Burnside’s mobile game-loving population to be able to manipulate them… in this case, giving Blacksun the ability to control their minds and have them do anything he wants – like attacking Batgirl — by knowing their internet habits.

If that level of power and influence from data mining doesn’t make sense to you, well, it shouldn’t, and you should ignore both the illogicality of that premise and its sudden reveal if you want to enjoy the fun chase and banter. The suspension of disbelief is begged in the plainest of ways: the villain says he has this ability, and we see it, so we must accept it. Still, although rushed, the spirit behind their conflict is real and the dialogue makes plain the themes we have seen across Babs’ return to Burnside – gentrification, addressing homelessness, and other values-based aspects of urban development:

Overall, Wildgoose’s art deserves a lot of the credit for making this finale a fun one, along with Larson’s handle on the integrity and charm that make Babs so likable. Batgirl #11 is satisfying as an issue that concludes an unsatisfying arc, one that brings together all the pieces in an arc that simply reads several grade levels down from where you would hope it to be. Regardless, this series is a series worth your time, if only for the character-driven parts between Babs, the people around her, and Batgirl swinging from a grappling hook and chasing down a motorcycle.