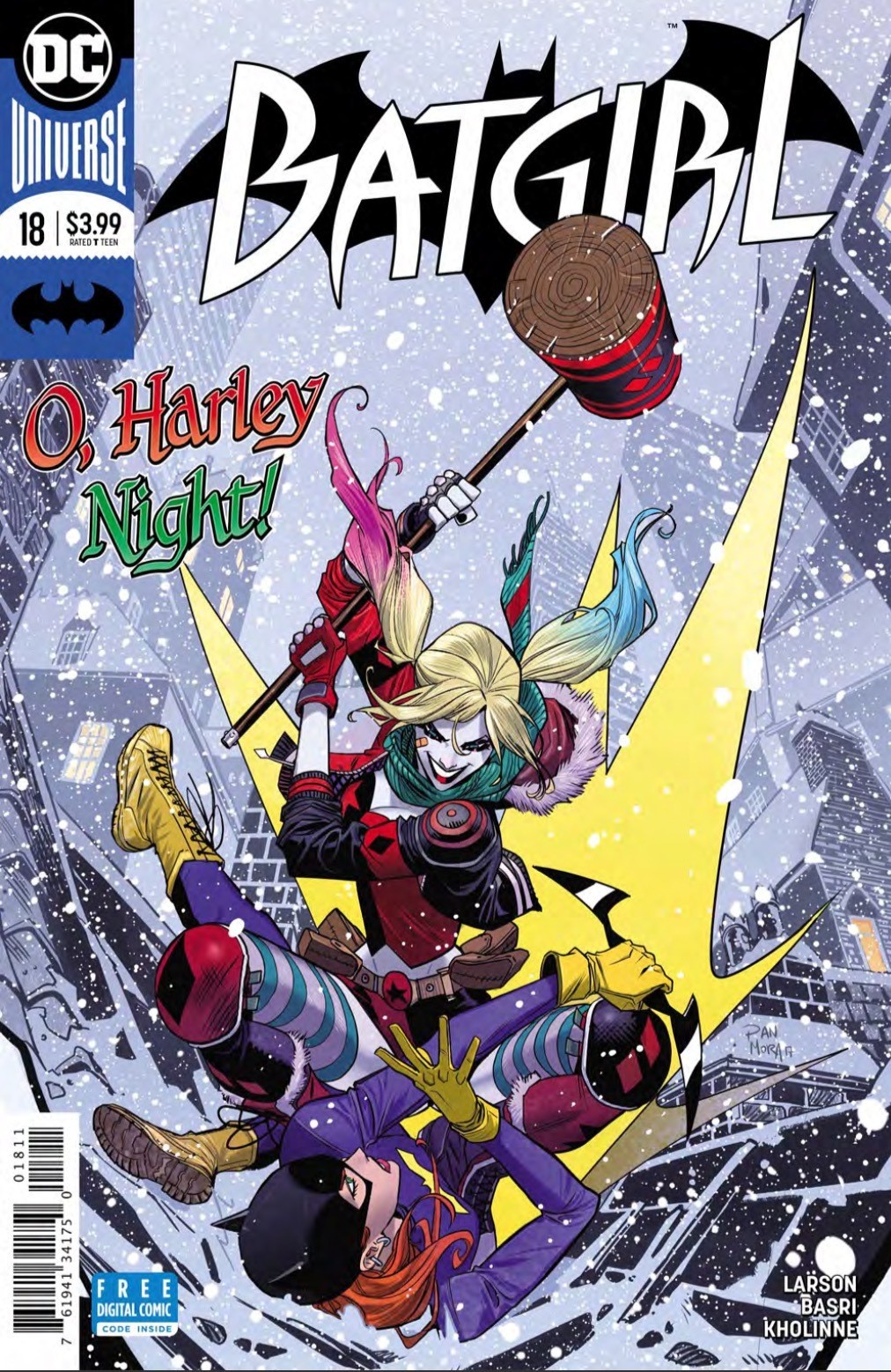 Holiday specials are here as Batgirl #18 cameos Harley Quinn and sends Babs, Frankie, and Alysia on a Christmas adventure. Titled “White Elephant,” girls night out takes place at a bar that double booked their Gordon Clean Energy party with another one led by the opposite type of crowd – a company led by a bigoted, rich, entitled douche type. He’s our villain of the episode, even more so than Harley Quinn despite crashing the event to spread poison gas to everyone there. I’m hardly the holiday special type, but this one’s appropriately light, quick, and fun, and the chemistry between Babs and her friends help carry the issue.

The artwork is warm and has some beautifully drawn panels, and Sami Barsi is already my favorite artist on this series despite one panel where our 1% villain wears the least suit coat-looking suit coats of all time. Bradley Burr draped a shawl over his shoulder and called it good. We leaving bathrobe chic in 2017, fam. She’s laughing at you, not with you. 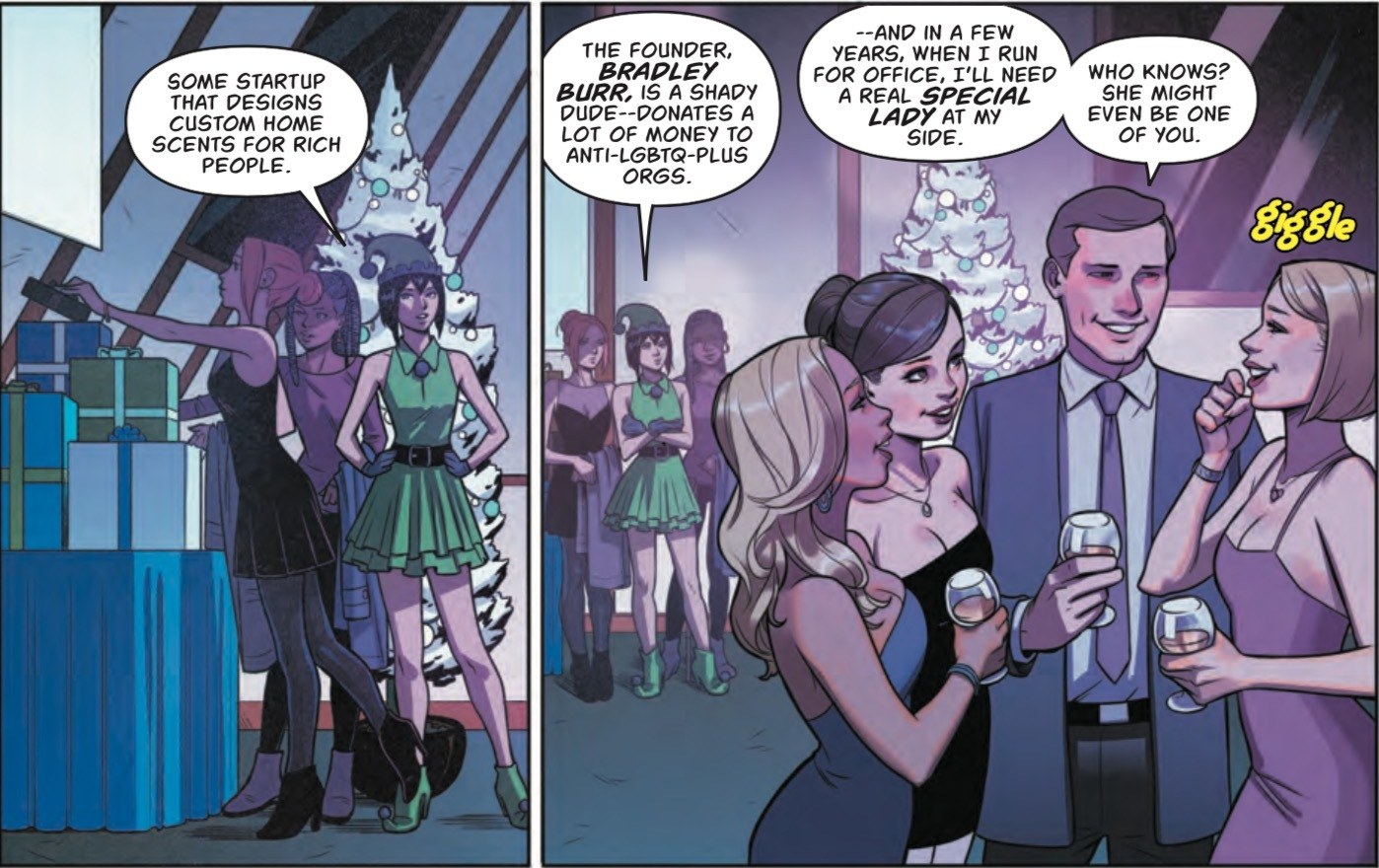 Babs, Frankie, and Alysia take turns solving a riddle that Harley left them to solve, and the three of them take their shots to answer the reason for the season. There’s a levity in the issue, so much that it feels that the life-or-death stakes aren’t real, that maybe none of them are even poisoned at all and Harley just wants to have some fun running them around town. Still, there are some boss panels throughout that weave heroic moments in between the comedy, which, in a holiday special, help keep our inner action fan satisfied.

In the end Harley leaves about as easily as she arrived, and Batgirl #18 wraps up as a holiday palate cleanser between arcs that flexes the muscle of Sami Barsi and color artist Jessica Kholinne. Batgirl, Alysia, Frankie, and Harley are all drawn well, from cocktail parties to rooftop selfies, and their close-knit friendship makes the issue worth the quick read.