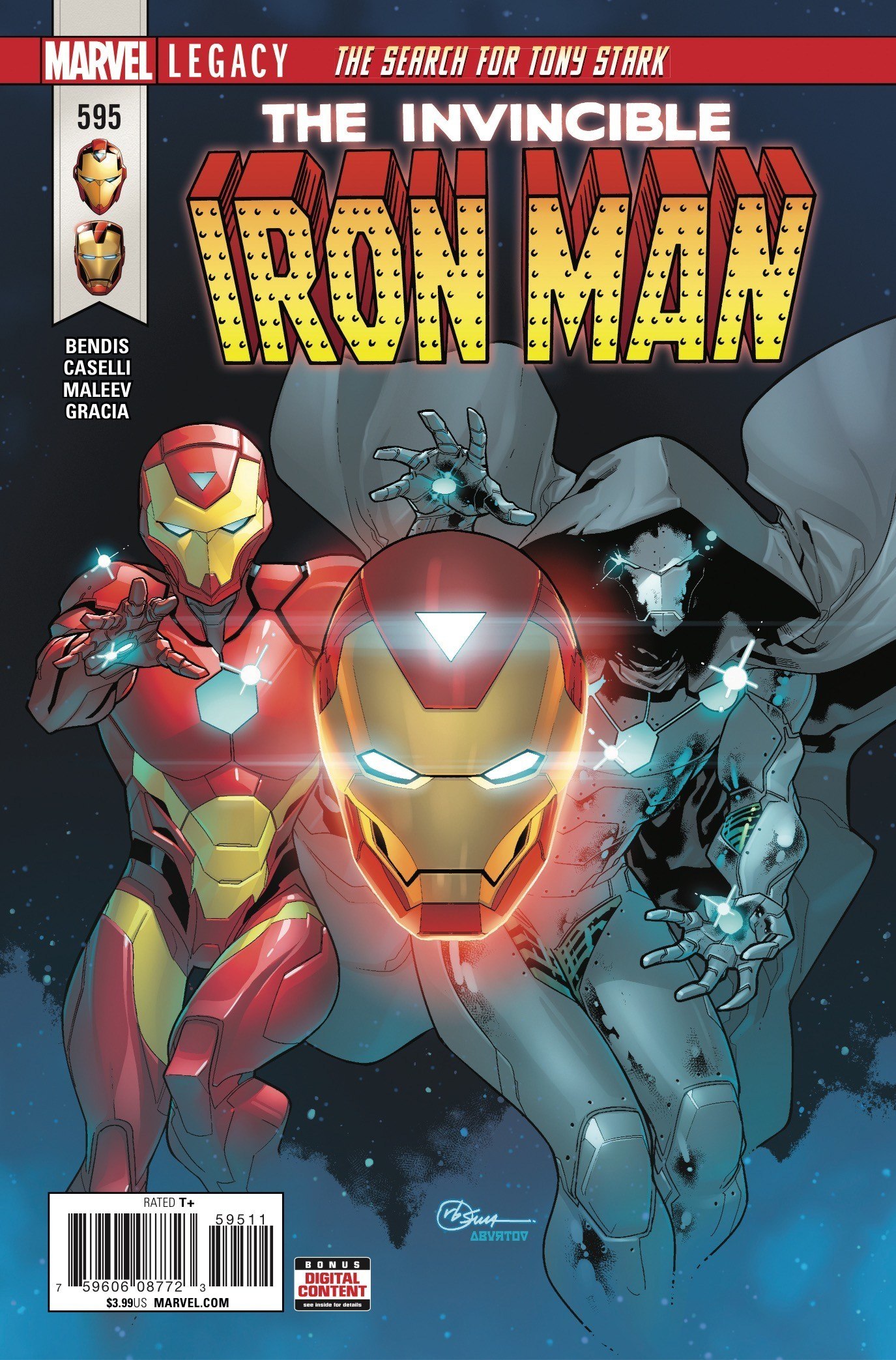 Ever since the announcement that the indomitable Brian Michael Bendis will be leaving Marvel for DC I’ve paid special attention to his array of current Marvel titles. It could be some of the last of his work for the company we see for a long time. One of the three Bendis books released this week was Invincible Iron Man #595 with Stefano Caselli and Alex Meleev rounding out the creative team. A glaring feature of this book these past months has been the two vastly different art styles. Infamous Iron Man was Bendis and Meleev’s story of Doctor Doom seeking redemption by adopting the Iron Man moniker. A glorious twelve issue run, the adventures of Doom illustrated by Meleev are now told alongside Riri Williams in Invincible Iron Man.

The third installment of “The Search for Tony Stark” moves the story along ever so slightly. Bendis has been astonishing with the interactions between Riri Williams, Mary Jane, Friday and A.I. Tony but all the witty banter in the world can’t hide the lack of progression, all of which is found literally on the last page.

Criticisms aside, this book was a treat to read because of the marvelous art and the little taste of Doom we get (seriously, only five pages?). The previous comics returned a favorite character of mine, The Hood, to Victor’s world. Parker Robbins made his mark as a demon powered kingpin of superpowered crime. Doom has to deal with him, although events in his personal life seem to shake him to the point of Robbins being resigned to a minor annoyance (He’s Doom, after all). Alex Meleev’s unconventional art in this portion of the comic has been some of the most impressive and fun to look at in my entire pull list. Stefano Caselli has had a more traditional design in the main story and it is easy to overlook alongside Meleev but it is some clean, impressive work. I’m looking forward to these two stories to blend into something magical.