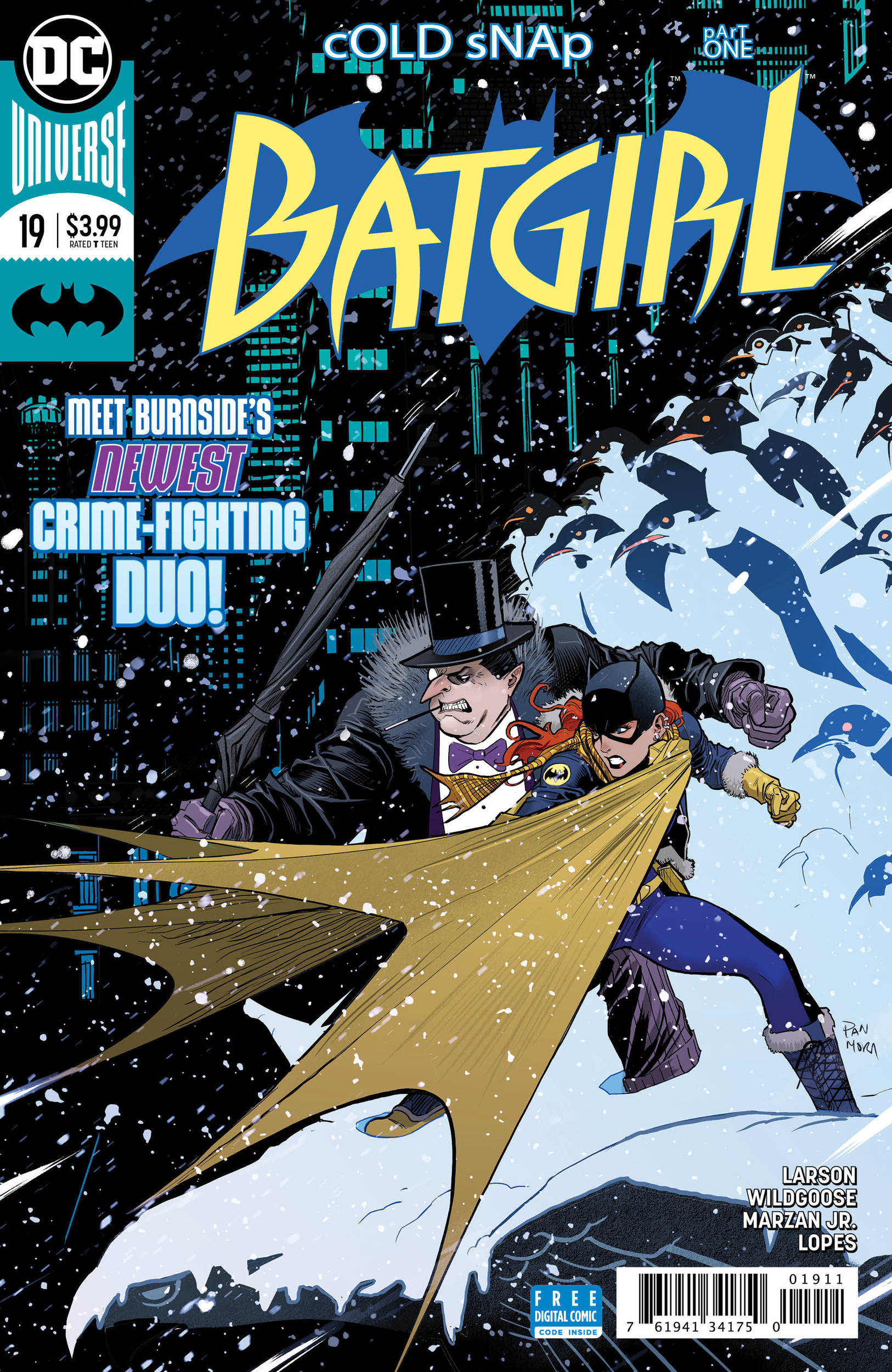 A new arc of Batgirl begins with “Cold Snap” [Part One], and it’s a slow start to what’s been a larger lull in the series. The issue opens with a small-time robbery which has become something of a feature in this series as Batgirl breaks up a smaller crime only to stumble on a bigger conspiracy. This time the larger problem is slow to take shape as the weather in Burnside is unpredictably cold. If that seems like a rather minor plot to you, I don’t blame you. Making this issue a set-up is slow and uneventful.

The clues are being laid out here though, and herein lies the bit of fun that can be found in Batgirl #19 as we play the role of detective alongside Babs and try to guess who might be manipulating the weather service and what they could possibly have to gain. Several early suspects are offered, from the Penguin to the mayor of Burnside and a few other errant characters, but there’s hardly enough yet to have a good answer here. In the meantime, if you can be entertained by Babs’ humor and some lighthearted fight scenes then you will be content with what this one has to offer.

Artistically, Wildgoose and colorist Mat Lopes highlight the diversity of Burnside as we toured the city inside and out. The tone is fittingly and consistently light throughout the winter wonderland with snowball fights and sleds, and there are a few funny scenes that could stand on their own like Babs and her crew at a diner with each person having their own unmentioned struggle. Who among us hasn’t sat with three friends in front of the judgment of a waiter, one tired of hunger, one lively, and one whose mind is elsewhere altogether?

Overall, Batgirl #19 is only worth reading in hope that this arc turns into a pleasant surprise. As a hook, it doesn’t do a great job. As a standalone, it falls short of entertaining. We still have Babs and her friends though, who are always a team to root for as they navigate real life and heroism. Here’s hoping.