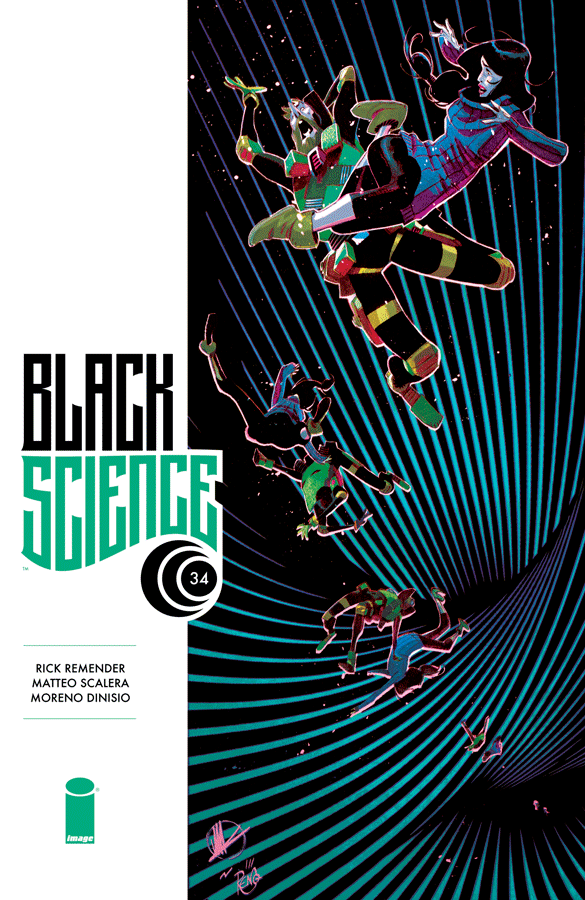 Take Lost in Space, Sliders, throw in a pinch of Lost (the times when Lost made sense) and let them marinate in Rick Remender’s unique sense of the strange and you get his sci-fi mindbender, Black Science. Remender’s reality-hopping rollercoaster is the kind of premium content that makes the case for indie non-superhero comics. In fact, I wait on this book to drop with more excitement than I do any big two book I can think of.

The more it all hits the interdimensional fan in Issue #34, the more Remender’s script flourishes. Everything Grant McKay and the Dimensionauts have been running from for the past 30+ issues has come out of the woodwork in this arc, and now, comes the fight to save the world and maybe even the Eververse. Though the stakes are high, the story is mainly moved down the road through close-ups and intimate points of view. Remender has this talent for taking a story that should be told on an epic scale and still never losing sight of how personal it is for the characters involved. 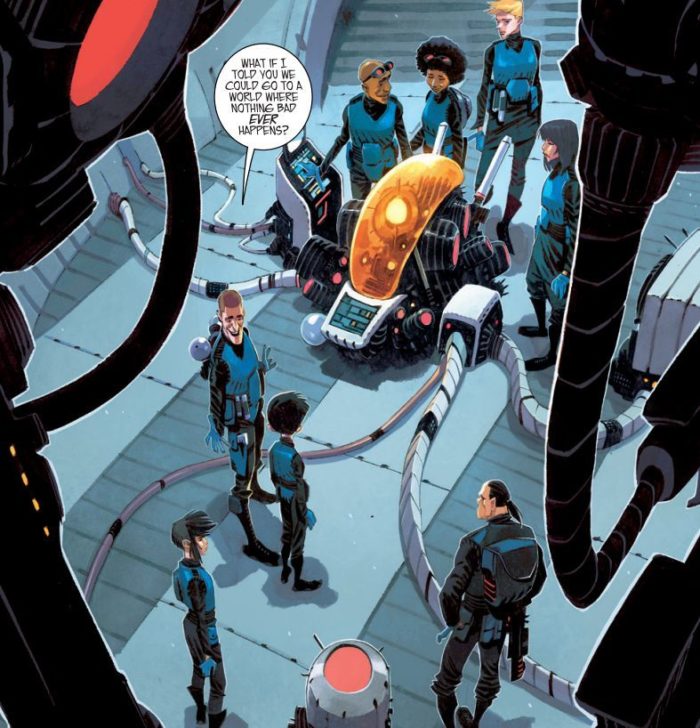 Sure, there’s a giant lewd tribble chasing Pia, destroying everything in its path, but the script never forgets what’s at stake for her. And nobody’s perspective is ever uninteresting or a burden to read through… even Grant’s hand over hand climb out of self-loathing. Even with all of reality crumbling around them, two characters that have not interacted at all throughout the story finally butt heads in a ridiculously satisfying action beat. Meanwhile, on the art tip, Matteo Scalera goes the distance. There’s a lot to process in this script and he handles every bit of it like a pro. The action in every panel feels like it’s moving at warp speed with NBA buzzer beater immediacy.

Bottom Line: This book is a 30-page masterclass in how to craft edge-of-your-seat sci-fi action comics. This latest issue has Remender crafting a narrative where every page is like he’s stabbing you in the heart with a shot of adrenaline. This book should be required reading for any and all lovers of indie titles. 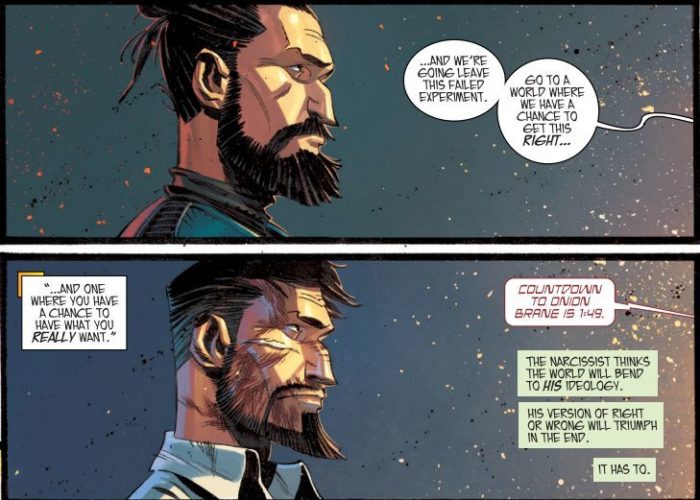 9.5 Rick Sanchez Perversions of Science out of 10
Reading Black Science? Find BNP’s other reviews of the series here.