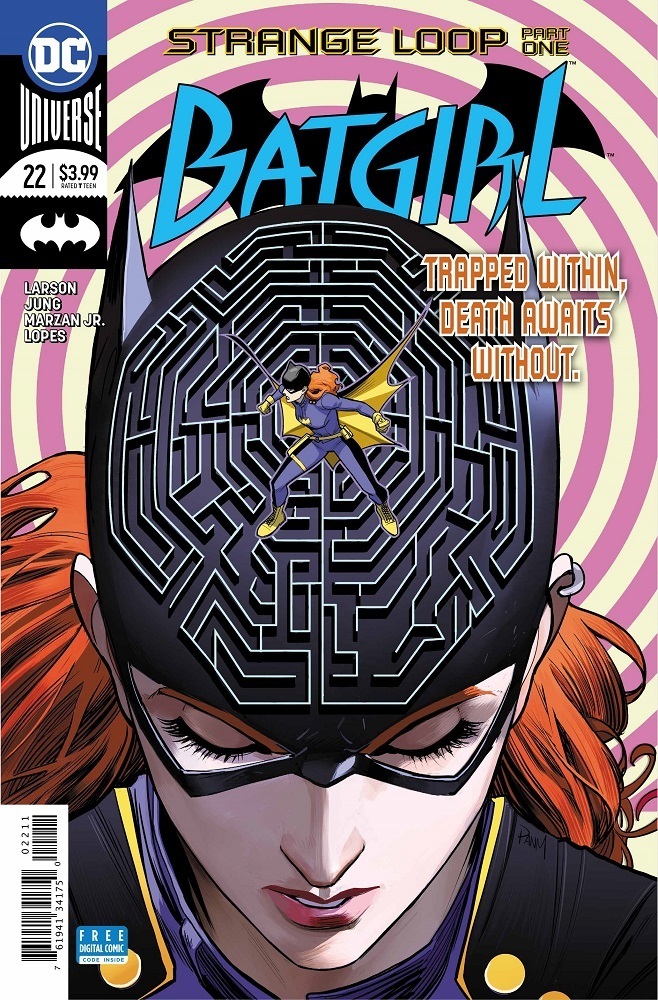 After the “Father Knows Best” standalone, this series sat on its now longstanding cliff of being just warm enough to enjoy, and weak enough to consistently wait for improvement. It’s been a while now we’ve been waiting for Batgirl to add meat to its story, and by now it feels long gone from the days of its first few arcs with a Batgirl who traveled and grew through mysteries and personal conflicts. Here in Batgirl #22 though, Babs gets a plot boost by recalling previous characters from the earlier issues that started the series off so strong. Unfortunately though — minus the spoilers I won’t detail here — their appearance turns out more gimmick than progress.

Still, the return of Kai, May, and others are welcome sights for sore eyes. Babs struggles with the feeling of being stuck, of not progressing in her life, which is something everyone relates to at one point or another. That was the charm of Batgirl arcs at their best: a relatable Babs whose challenges as a twenty-something are only enhanced by her late-night crimefighting, but not entirely dependent on them.

It was never just about the crimefighting itself, but also about Babs’ growth through life as a college student and friend. It’s safe to say my most memorable scenes are those with Frankie and friends on campus, in a cafe, or at their apartments. In that sense, while the return of characters from the past aren’t used as genuinely this time around, they still add a great element to the issue. And they also help bring Batgirl a little closer to where it needs to be. Batgirl’s on the hunt for self-fulfillment and balance as much as she is for any criminal.

We’ll see where this goes, because while the story has promise in terms of overcoming a psychological struggle, there are also things that feel a bit silly, ranging from a ridiculous looking gun and the person who owns it. We’re moving back in the right direction though, so at least for that, this reader is hopeful.