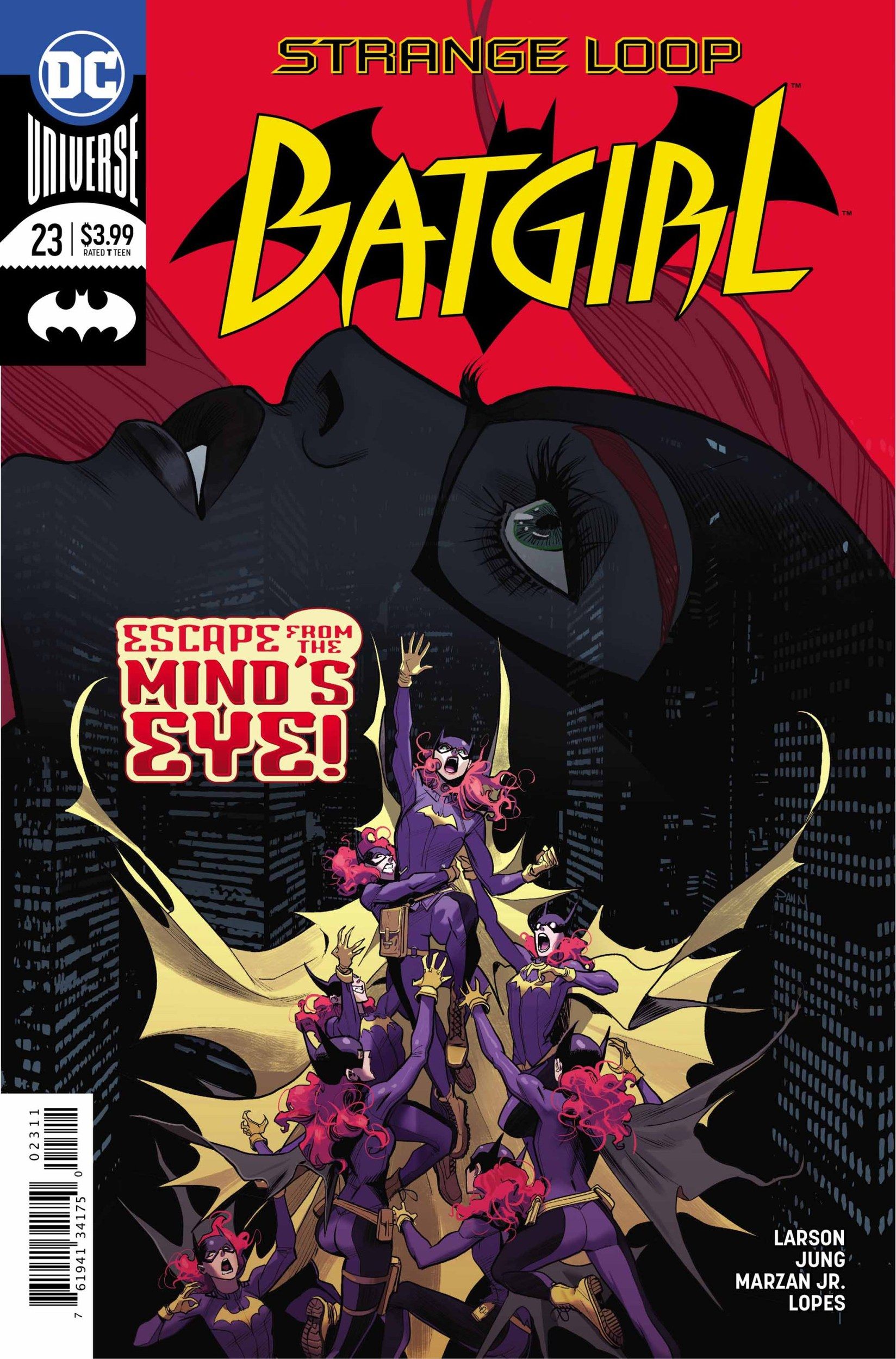 The second half of the two-part “Strange Loop” story brings Babs back to her self-exploration grind, similar to the first arc of Hope Larson’s Batgirl run with Babs exploring and challenging who she is in order to grow as a person. I’ll always enjoy those parts of Babs’ adventures when she’s more Babs than Batgirl, more twentysomething than crime-fighting hero. Unfortunately, the context of that journey is rather flimsy though – too rushed to have much suspense and resolved too easily to be deserving of the emotional outcome.

The dream world does allow for some beautifully rare sights, like Batgirl changing form her costume into regular clothes in front of an open sky from a rooftop. We don’t rely on much action here, but instead, the entertainment factor is anchored in Babs’ mental struggle and she tries to solve the puzzle of being trapped in her mind and actively making decisions counter to her nature.

Ultimately, “Strange Loop” is Batgirl’s rendition of Justice League Unlimited’s “For the Man Who Has Everything” when Superman was trapped in a utopian world of his own making, an adaptation itself of Alan Moore and David Gibbons’ story. Like Superman, Batgirl has to willingly turn away from comfort to return back to reality, and in doing so, learns more about herself and finds a renewed lease on life. And for a sucker like me, that’s enough to feel like this series has new life too.