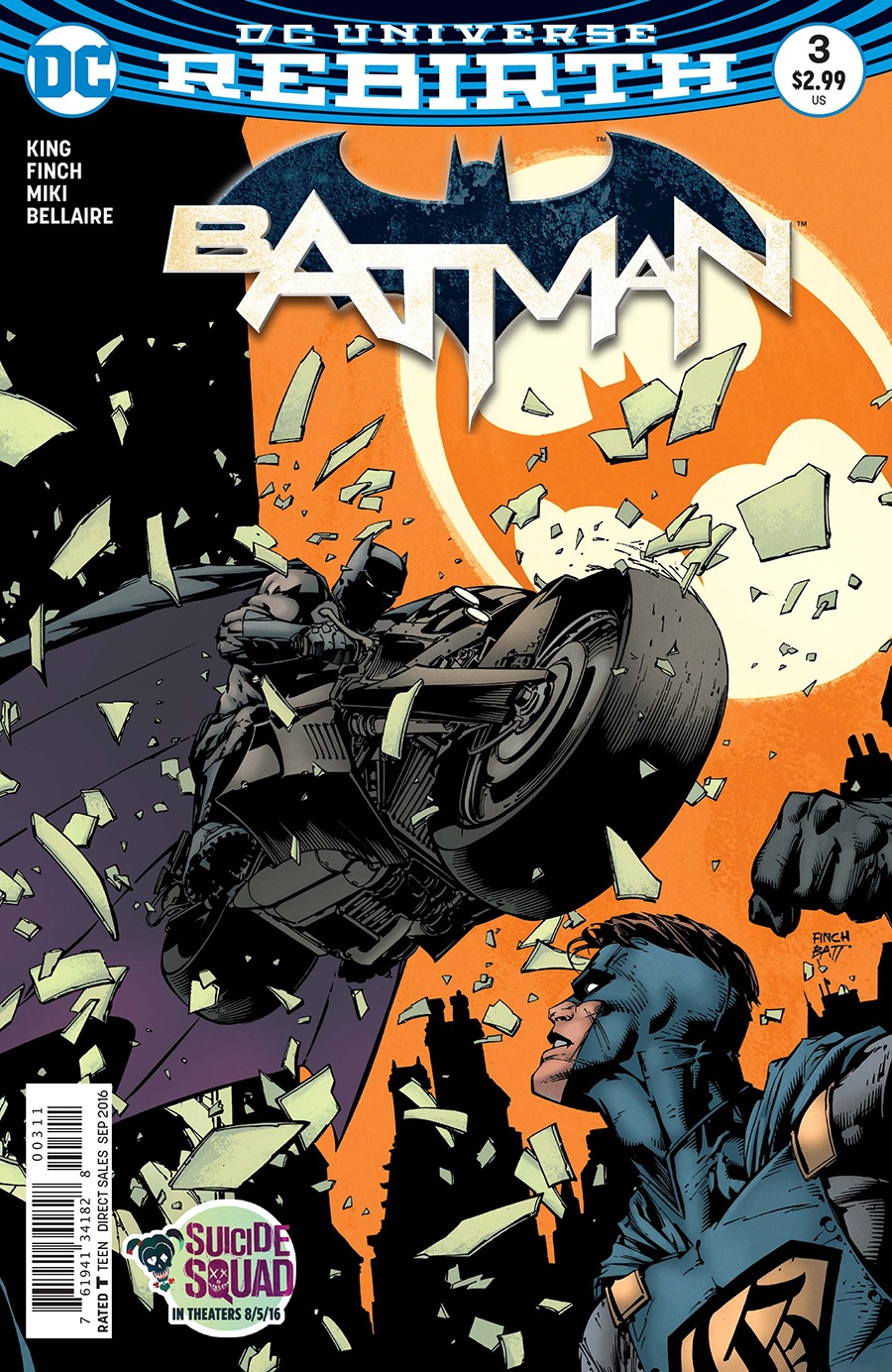 When Batman #3 first started I felt my eyes start to glaze over because it looked like I was going to have to sit through another death of Thomas and Martha Wayne. Sure, this is a rite of passage for all Batman writers, but most comic readers have seen this at least a dozen times. But, luckily, this wasn’t the case. Instead it was another example of Batman continuing his mission to prevent any child from going through what he went through.

Note: Why is there still so much foot traffic in Gotham alleyways? The shortcut just isn’t worth the risk, people! Stop making Batman’s job harder. 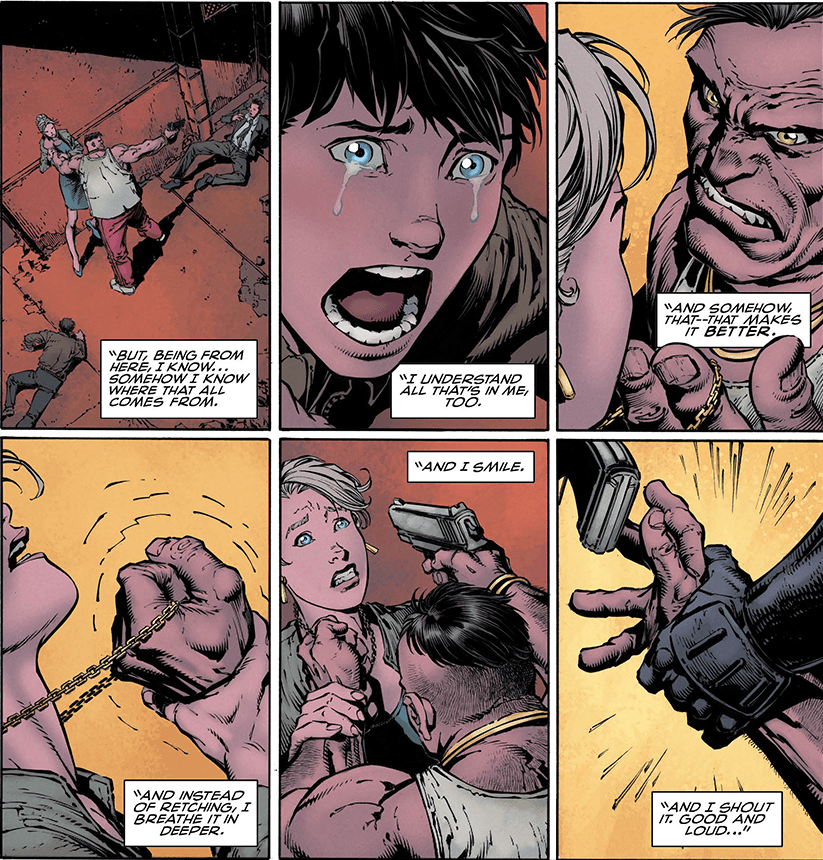 This issue also gave us a deeper look into Gotham and Gotham Girl’s origin stories. We still have absolutely no idea how they went from the do-good children of a wealthy family to two pseudo-Kryptonians, but that’s sure to come later. The most intriguing part there was seeing just how far Batman’s influence goes in other people’s lives.

In most Batman comics, especially in the Snyder run, writers will typically spend most of the book with Bruce/Batman silently brooding around Gotham while taking full advantage of internal monologue as a means of getting his thoughts across and showing just how much smarter he is than everyone else. King flips that trope completely on its head in this issue. In each instance when you’d normally see Batman driving around and contemplating Gotham’s ongoing identity crisis, you look up and realize that he’s not alone in this surprisingly common practice and get a couple fresh character studies from other notable Gothamites.

For once, Batman’s taking a backseat in his own title. This could lead to some really great moments from supporting characters, which is secretly the best thing about most great Batman stories. It’s time we get another one and King may be able to use the Gothamites to provide a really memorable arc. It could have the flash and bang of Batman vs. Superman without all of the legwork it takes to make it happen. Low risk, high reward.