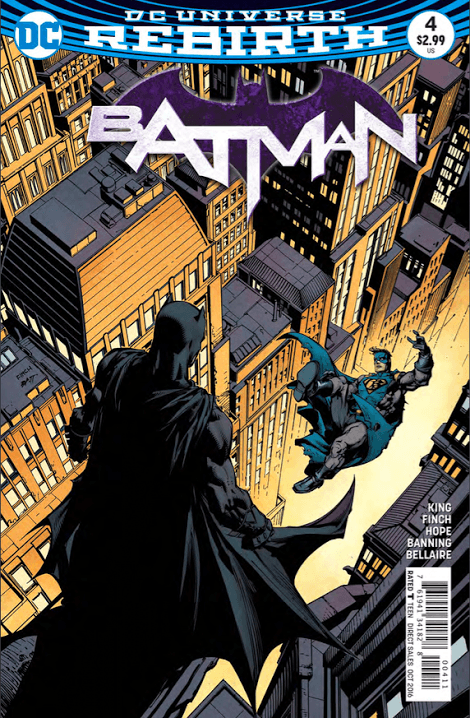 Batman #4 leaves readers with a full appreciation of Batman’s ability to handle the weight of the world he’s committed to protecting. Even without super-strength, he’s more capable of handling the occasional looks into the the abyss than most – including super-powered heroes.

As we learned in the previous issue, Gotham and Gotham Girl lived rather privileged lives and the one moment where it could’ve all been taken away, Batman saved them. In this issue, they’ve had their first glimpse into that abyss and they didn’t handle it well, at all. As a matter of fact, the results were disastrous for more than 30 people.

While this issue surely paints Batman to be a seasoned veteran of the game with a wealth of experience and wisdom, it also indirectly helps endear another popular DC character.

Recall the famous scene in All-Star Superman when he gracefully lands behind a young girl named Regan who was contemplating jumping off of a roof. He lets her know things will be alright and she turns around to hold him. It was a beautiful moment that showed that Superman does his best to be there in the moments he’s needed most. [Although, his similar moment with Felicity Rose in Superman: Grounded is arguably more poignant, this one is more popular.] 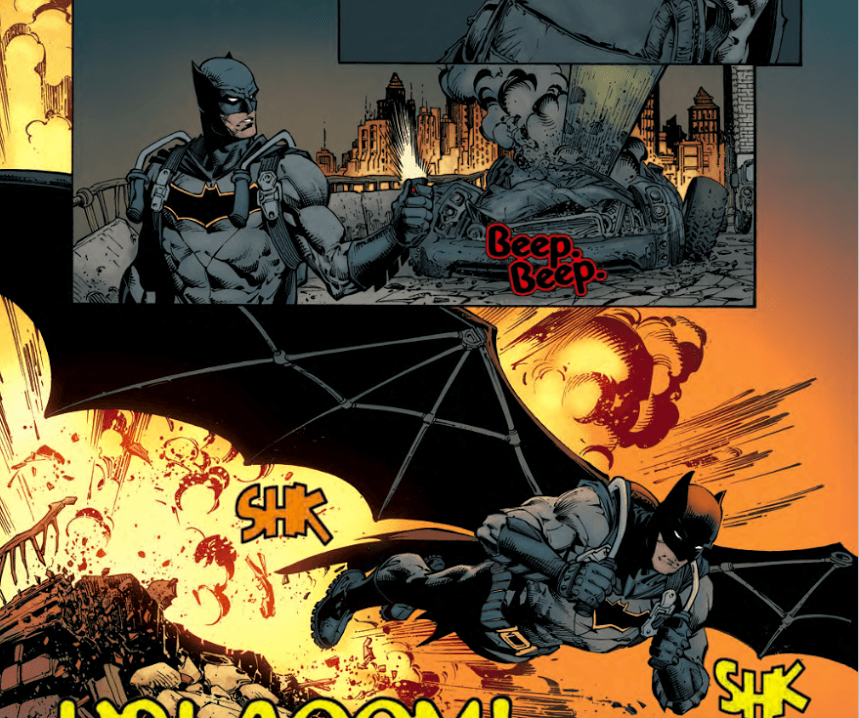 This issue of Batman has a direct call back to that very moment as Gotham attempts to do the same with a man standing on a ledge. As he talks him down, or so he thinks, things take a surprisingly dark turn and show that it takes much more than superpowers to be a superhero.

We’re finally rewarded with the explanation of how two wealthy kids go from the Peace Corps to having superpowers and it makes perfect sense. And we’ll never get tired of Batman silently showing up in rooms when no one knows he’s there. Especially if it’s while people are proudly talking about how he can’t.

Tom King’s done a great job of giving us a memorable story arc early on in his run as the head writer for Batman. He’s further developing Batman’s character on multiple fronts – as a mentor, a symbol, a myth, and, now, a seasoned veteran with his eyes on a future where he hopefully isn’t as needed.

9 Incapacitated “Blockbuster-Level” Guards out of 10