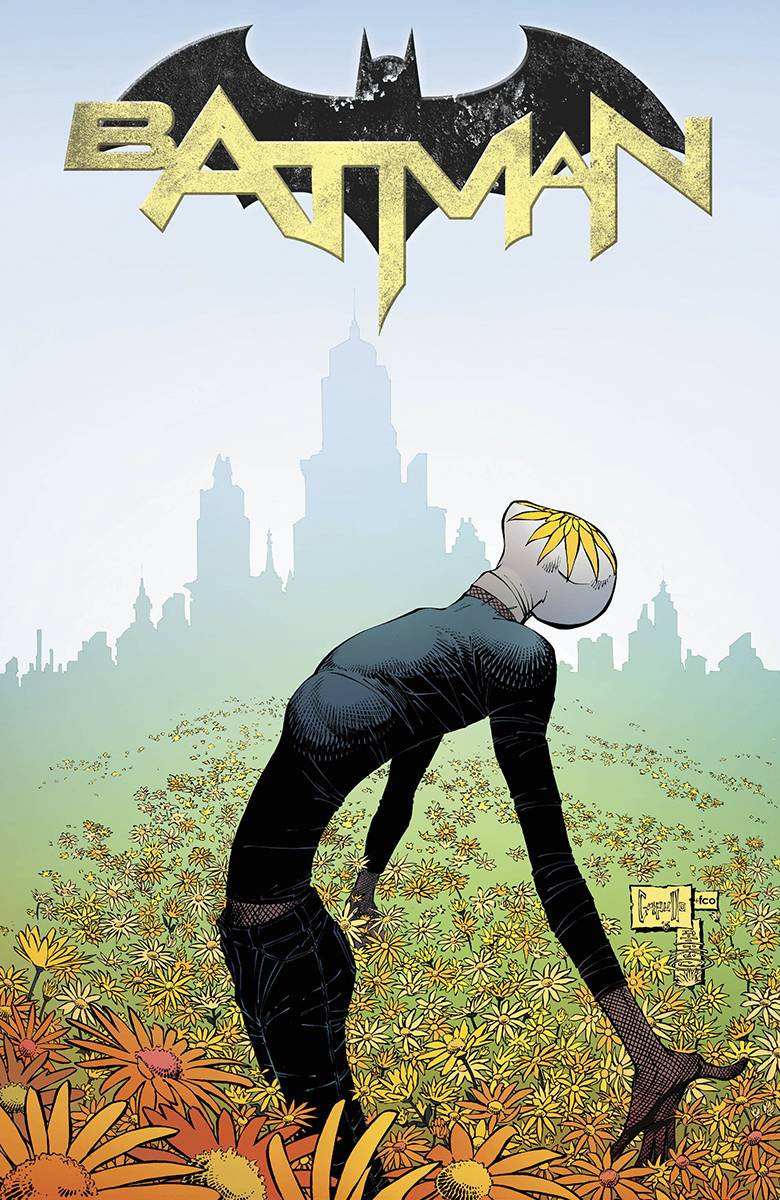 At this point, saying that Scott Snyder went in a new direction with Batman and he’s on a roll is like saying water is wet or that Donald Trump said something asinine and unfounded. However, it must be said nonetheless. The skepticism that followed the reveal of Jim Gordon becoming an unexpected, unlikely successor to the Bat-Throne is coming to a point where it should finally be put to rest. He’s not the hero that some of Bat-Fandom wanted, but it’s clear he’s the hero they need.

Issue #43 has the Caped Crusader going somewhat rogue to investigate the rise of his new nemesis, Mr. Bloom. The outing is mostly effective in reinforcing how when it comes to tactics in the heat of battle, Gordon is and always will remain a cop. We also run into yet another revelation about Gordon’s enigmatic foe, but the real attraction this month is the look we get at the state of Bruce Wayne’s mind.

For years, one of the greatest fascinations with Batman writers has been exploring what happens when you take the Bat out of Batman, or at least when you try. It’s always been ineffective because no matter how tempting you make the chance at a normal life, you can’t unkill Bruce Wayne’s parents, which is the center of his rage. Snyder uses the events of Endgame to find a fresh way to subvert that problem and explore who Wayne is, or who he could be if it weren’t for his catalyzing trauma.

Visually, Greg Capullo is still churning out A-game artwork. I honestly didn’t think I’d ever get used to Jim Gordon without a mustache, but Capullo is making it work. Meanwhile, he does a good job at conveying the emotions of Snyder’s script. Bruce feels like a whole different character, right down to the unburdened look in his eyes when the supporting cast seems to be looking for that familiar analytical rage.

Bottom Line: Naysayers can whine all they want but Snyder is consistent in keeping this book feeling fresh and exciting at every turn. This has been one of the most consistent books in comics, and still continues to be.