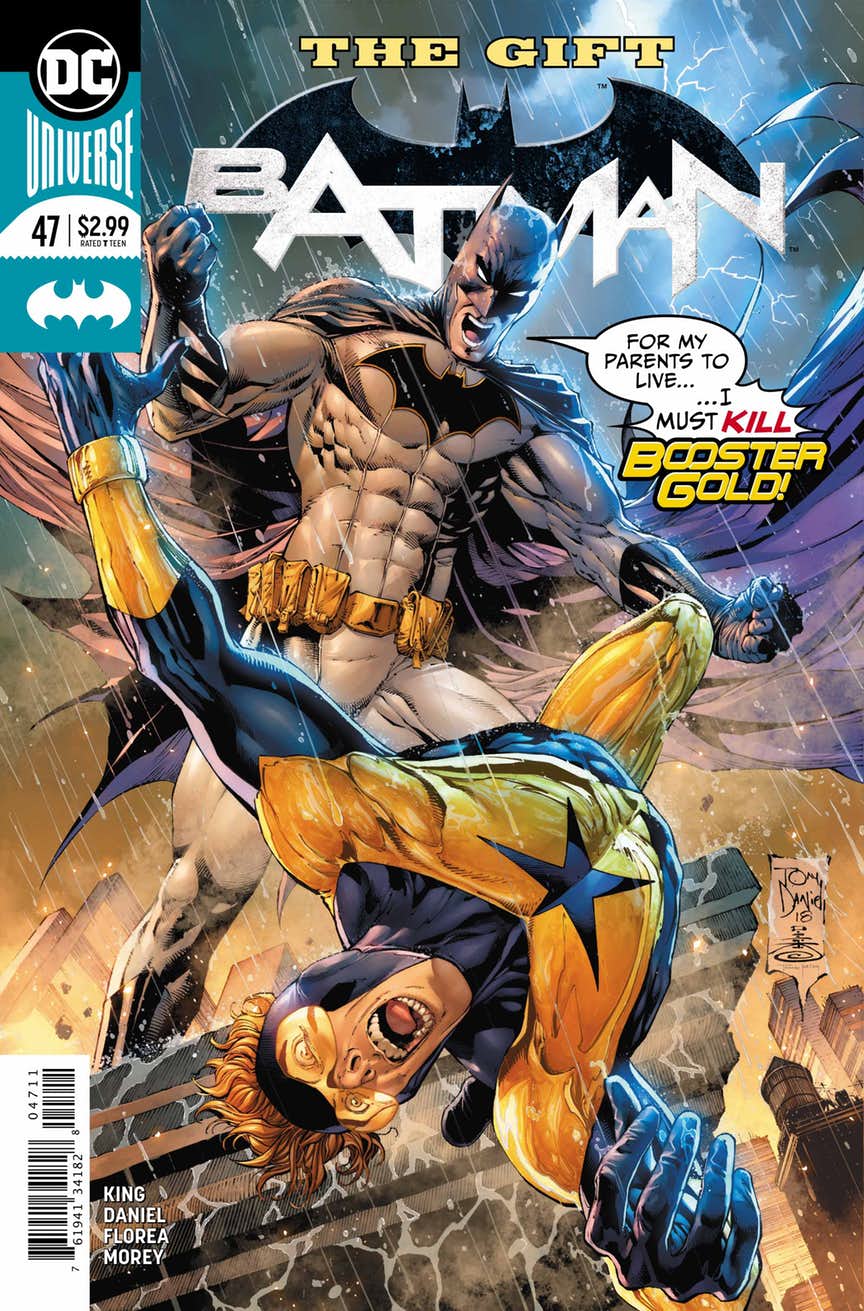 Have you ever wished you could travel back to the past and change something? There are often moments that we’ve built up to be much larger than they actually were; like that time you accidentally let a secret slip, or when you tripped and fell in front of the entire football team. If we could go back, many of us would.

Booster Gold is that person. Except, selflessly, he chose to go back and change a moment that actually did have large implications on not only one person’s life but the entire world. Saving Martha and Thomas Wayne from becoming victims of Joe Chill in Crime Alley was meant to be a wedding gift to Bruce Wayne, the man who has everything and then some. Instead, Booster found out that while Bruce was living a moderately happy life with both of his parents, the rest of the world was seemingly in shambles.

Batman #47 is the last issue of “The Gift,” a three-story arc that explores a world where the Waynes live into old age. Issue #45 had the luster that you’d expect of any good alternate universe story and issue #46 gave us the shocking twists that you can only get when you know everything will be restored when it’s all said and done. Issue #47 wraps the arc up well and makes us appreciate the Batman we’ve come to know over decades. 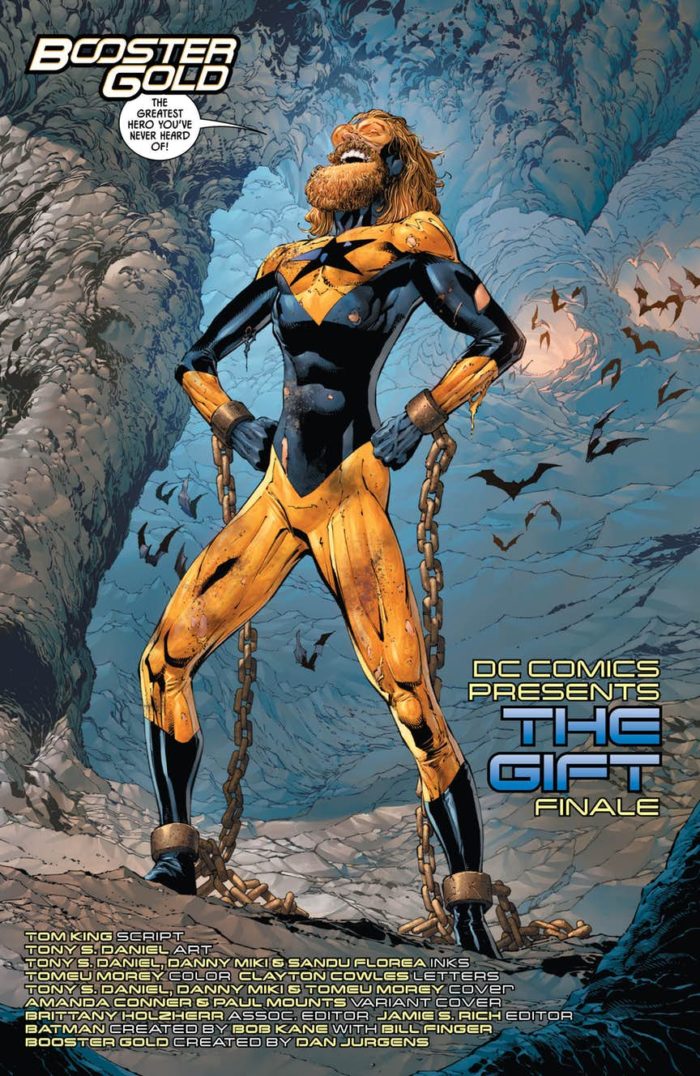 In issue #47, Booster Gold has been Bruce Wayne’s prisoner for an entire year after letting Catwoman kill his parents and Alfred. Never having witnessed his parents die due to gunfire, Bruce becomes quite fond of firearms. Which is already jarring enough, but watching him blow the head off of a Batman cutout is just goddamn mind-bending.

Later on in the issue, one of my favorite tools in all of comics is used to its best results: the nine-panel grid. On one page, we get Booster Gold’s entire backstory which, to many readers of Batman, is probably relatively new information perfectly condenses onto one page.

We then see Booster return to form in multiple forms and try to find a way to undo the damage that he’s done. There are some major snags and hiccups along the way — to put it very, very mildly but by the end — Booster is a more relatable and familiar character than he was when this story started. He’s also funny as hell.

I won’t spoil the ending, as it’s sure to be a major talking point across the comicsverse this week. But know that you should check it out for yourself.

9 out of 10 Alternate Universes