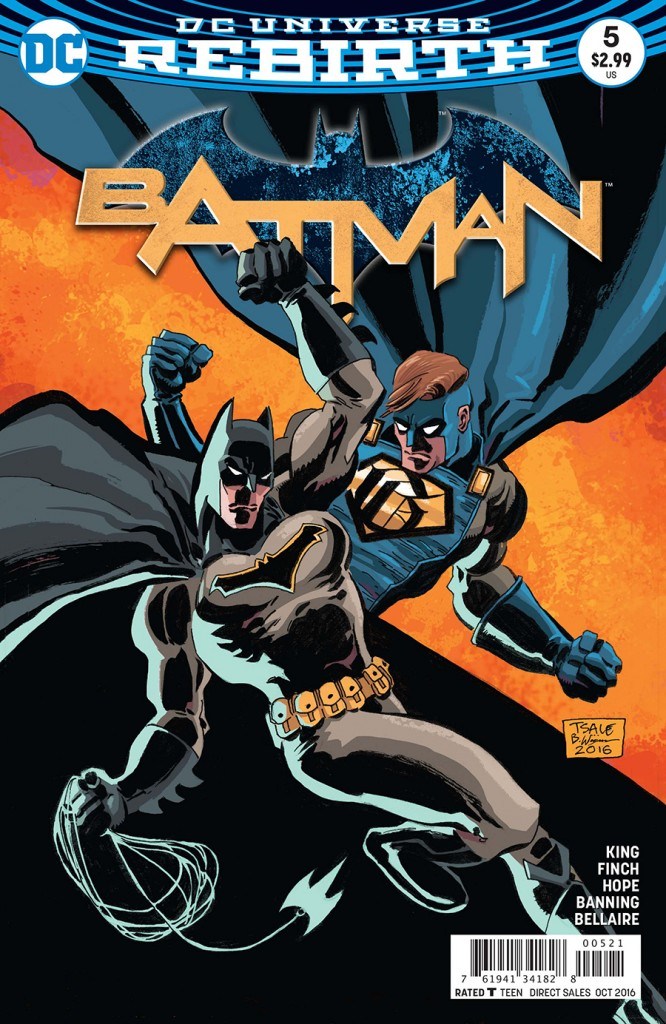 While Gotham, the superhero, has had his emotions intensified to a blinding rage, it’s safe to say that the events of the past 24 hours would have led to similar results anyway. So Batman tries to de-escalate the situation by letting the novice hero understand that Gotham-the-City can’t truly ever be saved, but it can surely be lost and the battle to prevent that from happening is non-stop. After trying to make himself appear to be at fault for everything that’s gone wrong, he learns the situation is past the point of de-escalation and calls reinforcements. 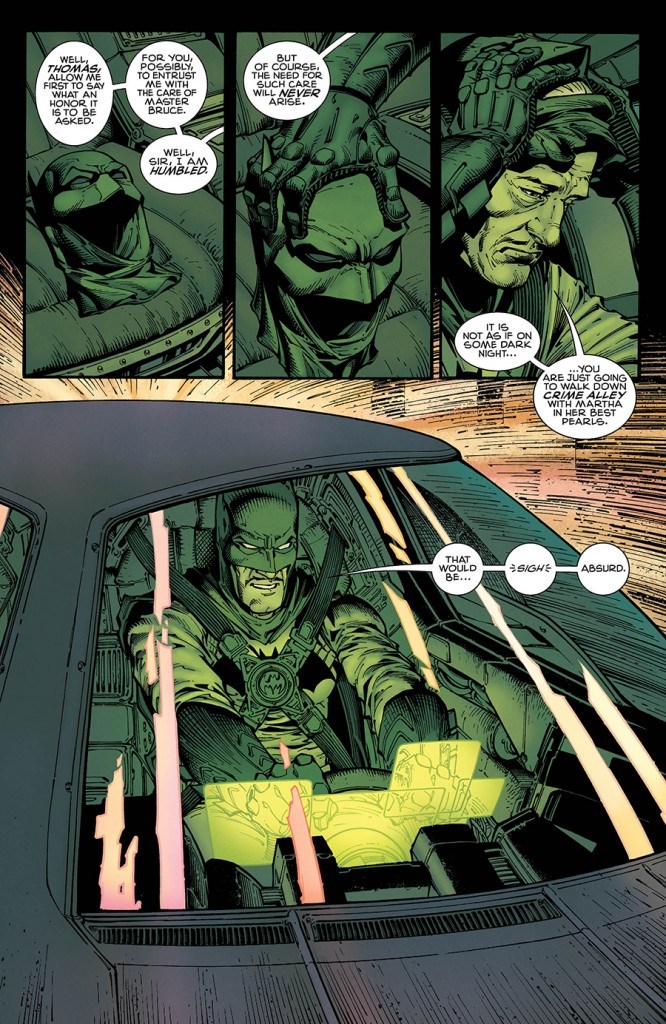 While King gets to open up the DC toy chest and play with some other great characters from the Justice League, he doesn’t let their presence overtake the story, which would be understandable if it were to happen. Instead, they show up, spend a couple pages doing their thing, then it’s back to Batman defending Gotham-the-City from Gotham-the-Superhero with every weapon in his arsenal.

We finally learn the weakness and full origin of the mysterious new heroes through some feel-good Duke Thomas moments and it pays off because it looks like we’re going to get another main character added to the Bat-ranks.

8.5 Destroyed Batmobiles Out of 10