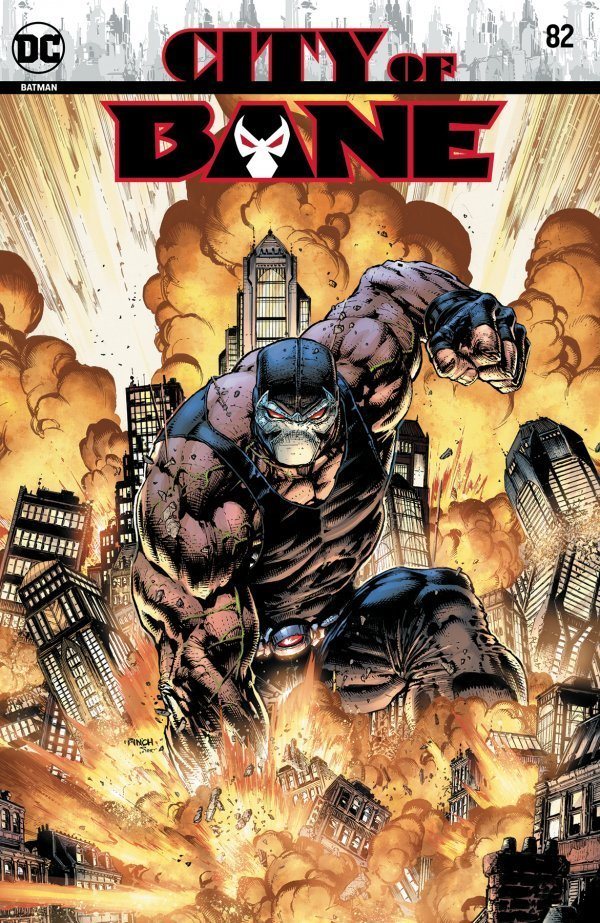 This is it, folks! After building up a face-off between Batman and Bane for 80-plus issues, it’s time for the showdown of the century!

Issue #82 of Batman picks up with Batman facing off against Bane. The two agree to your typical bare-knuckles brawl that respected rivals often turn to in order to finish things. Up to this point, things seem pretty par for the course.

And then, Batman does something that he’s admittedly done before. But not quite like this..

After saying that he’ll fight with no masks, weapons or assistance from Catwoman, it’s soon revealed he’ll be doing all of the above, sans the mask, as Catwoman jumps in immediately and Batman has two poisoned batarangs taped to his back.

I’m aware that this run-around with Bane has been one for the record books and highly unpredictable. But there’s a difference between being unpredictable and being out of character. Batman cheating only bothers me so much. What really bothers me is him knowing he was going to cheat the entire time and not batting an eye at it. 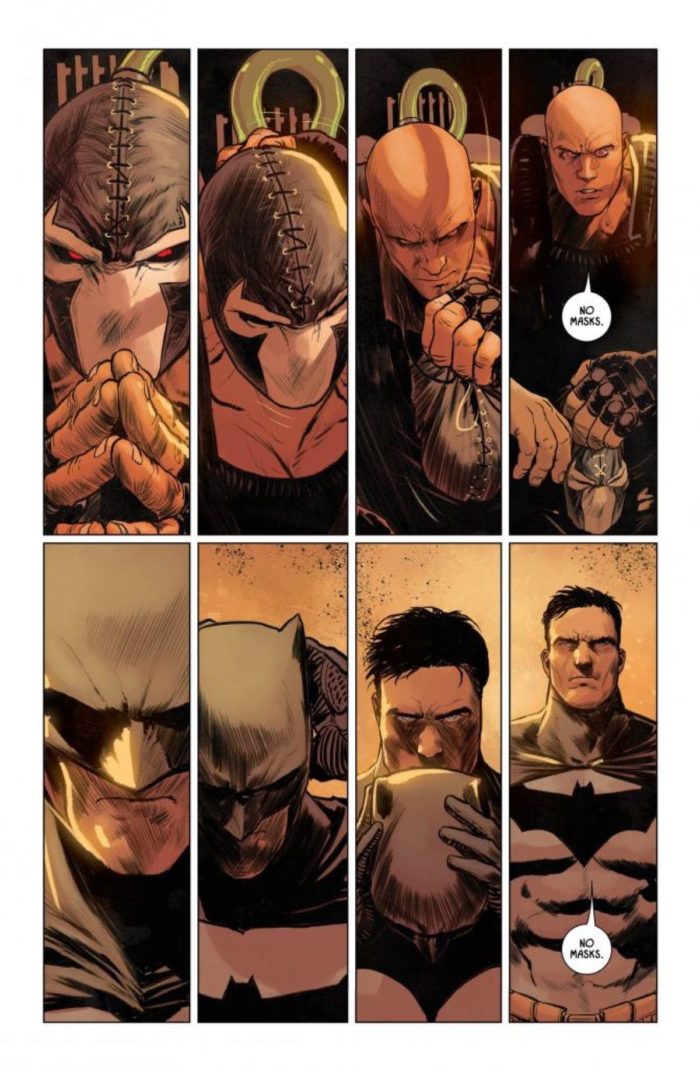 If this were the only way to beat Bane, that’d be one thing. But I can easily picture there being a moment where Bane agrees to fight both Batman and Catwoman as a newly reunited duo. That could solidify the couple’s partnership even more and be sort of a coronation of the new king and queen of Gotham.

But no. Instead, we get the kind of lines you have to include because you list a drunken bet (read: “Cat got your tongue?”) and a fight that ends rather anticlimactically.

It’s also a bit concerning that this arc has been called “City of Bane” when it’s looking more and more like he’s the 1B villain to Thomas Wayne’s 1A.

I held out hope for quite a while based on the pedigree of this series’ first 50 issues. But, overall, it’s seeming like the payoff for everything after the wedding isn’t going to quite match the hype.