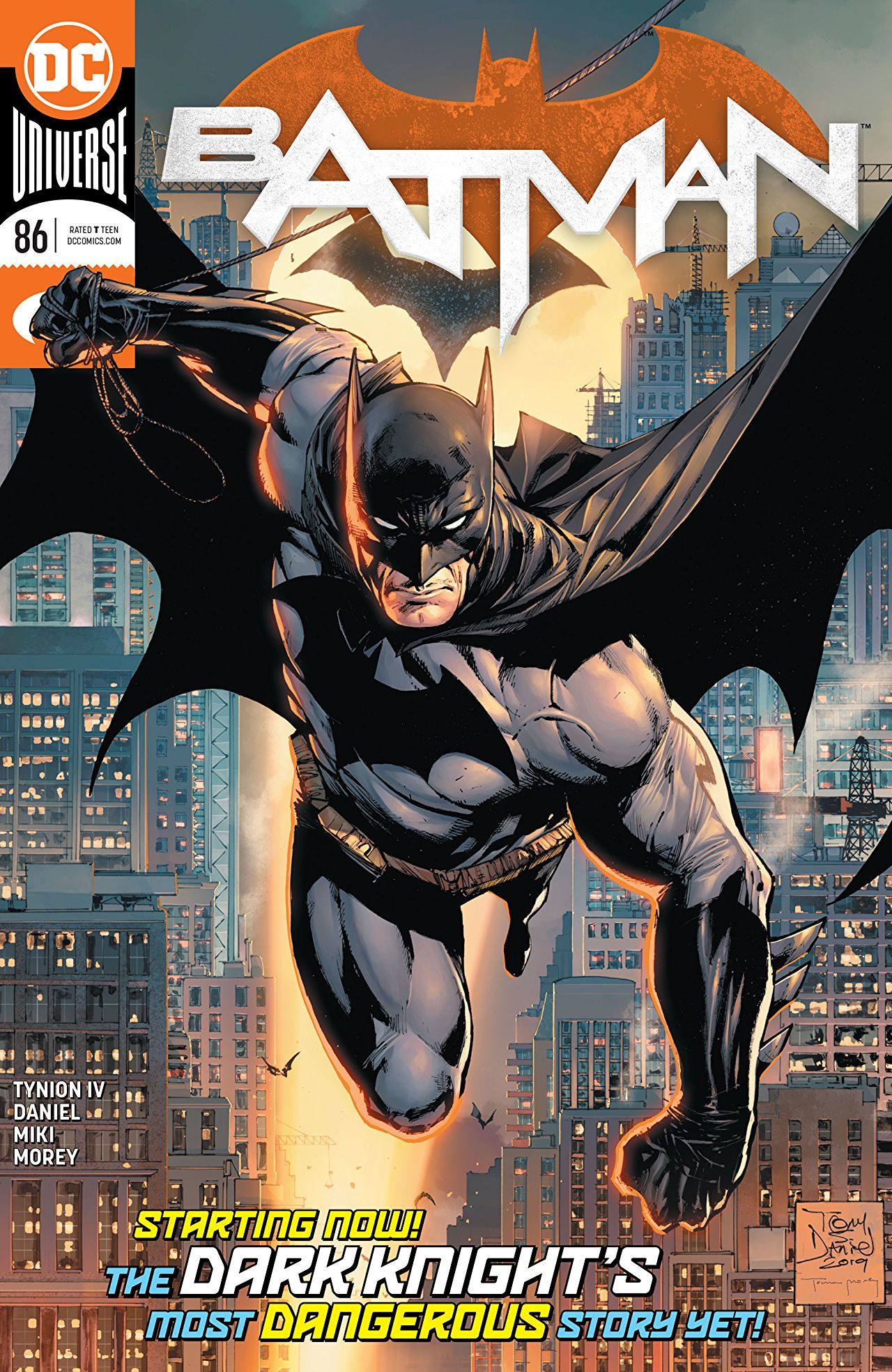 Bruce Wayne has a design for this city.

It’s 2020 and after nearly four years of King steering the Dark Knight (to varying degrees of success), the mainline Batman title has a new writer at helm. James Tynion IV is no stranger to the DC Universe, having written arcs on Detective Comics, Batman and Robin Eternal, among others while also currently weaving the delightfully devious tale that is Justice League Dark. And it’s very clear from the start that Tynion IV loves Batman and has a different trajectory for this character post “City of Bane,” which I am inclined to welcome.

Batman #86 marks the start of “Their Dark Designs” and where as King started his arc with a meditation on what a good death for Batman would be, Tynion IV’s Batman finds himself asking what a Gotham without Batman would look like. Given all of the different struggles that Batman has found himself these last four years, this thought makes a lot of internal narrative sense. It’s a clean pivot in ideology and sets the tone for the arc asking questions that many fans and non-fans have been asking for years; namely, for all of his ever-abundant resources why does Batman decide to dress up and play vigilante. Batman #86 does not pretend to answer the question, but rather plants the seeds that will surely sprout in later issues. 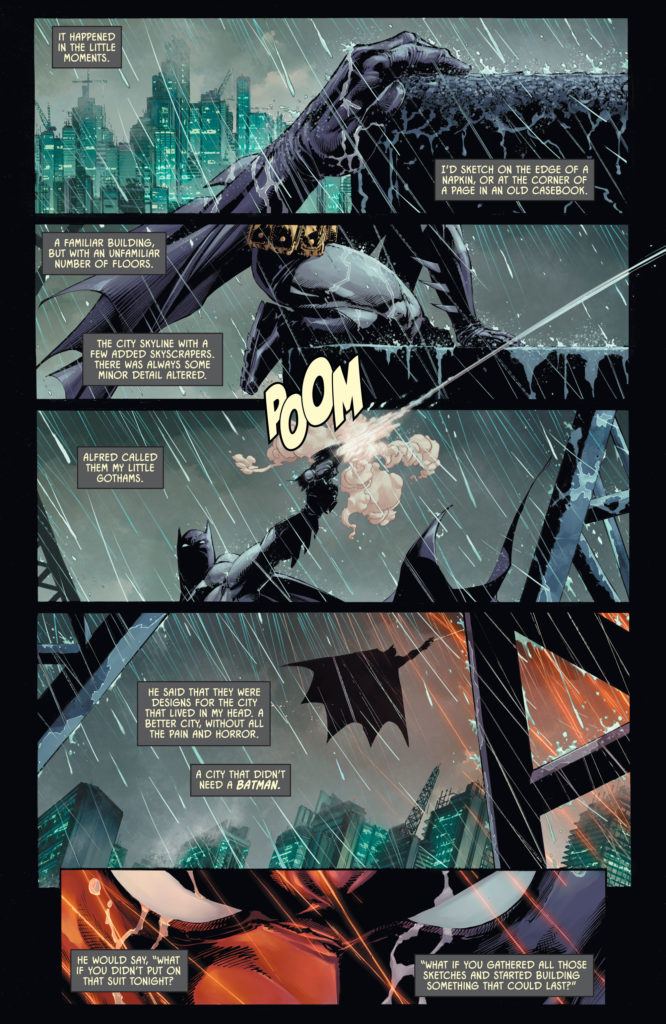 Tynion IV knows Batman’s voice as well as the immediate supporting casting. He absolutely captures Lucius Fox’s tech insights and Selina Kyle’s lovable roguishness. His mastery of the featured villains of the week is equally commendable and drives the different levels of conflict well. It’s helped by both Daniel’s artwork in the main story, March’s artwork in the epilogue, and Morey’s color in both bridging the gap. Daniel in particular does a fantastic job with the action sequences in the back half of the book.

This is a start of a new chapter in Batman, and it’s very much a solid Batman story. We have a good contrast of the continued duality of Bruce and Batman. We have a supporting cast that’s there to support Batman in this time of mourning and transition. We have villains who are still going about their business and have no intention of giving him a break. But it is also just a start, and while the repeating of chorus of “Bruce Wayne has a design for this city” is a tantalizing one, we’re going to need see more of what these designs are to figure out if it’s more than just solid.