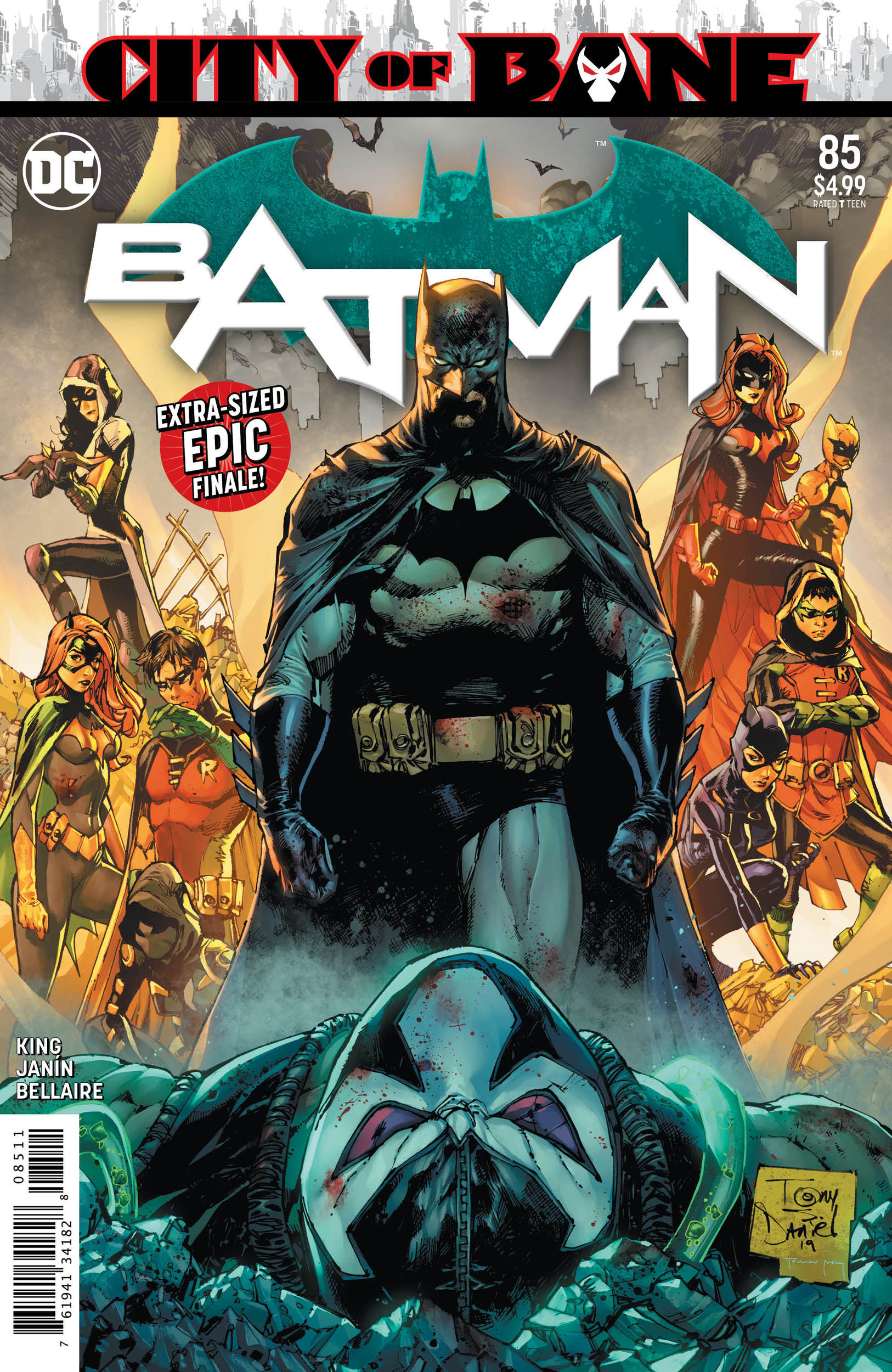 With issue #85, Tom King’s run on Batman comes to an end after three and a half years. The series’ end came a bit sooner — and suddenly — than expected, but that doesn’t take away from the many fantastic moments the series delivered along the way.

Issue #85 is, as stated, a farewell. It’s a nod to many of the tropes and jokes that King has sprinkled in over the past 84 issues and leaves a mark that should last for a while (read: Alfred’s death).

While it may feel a bit rushed at times, issue #85 does a solid job of wrapping up the remaining loose ends of the series. King uses an interesting choice of skipping back and forth through time and bouncing back and forth between flashbacks (in the past, obviously), the conclusion (in the present) and the epilogue (in the future). We see how the story will end up after a couple of pages, that doesn’t mean we don’t want to see exactly how Bruce’s confrontation with Thomas Wayne will play out. And it plays out well.

We learned around the middle of the series that someone was pulling strings to make everything up to this point occur. We were led to believe that it was Bane, seeking revenge for Batman interrupting his sanctuary — albeit a corrupt sanctuary. But, at some point, it’s clear that Thomas took control. But even before that, we finally see how he ended up in this universe in the first place. 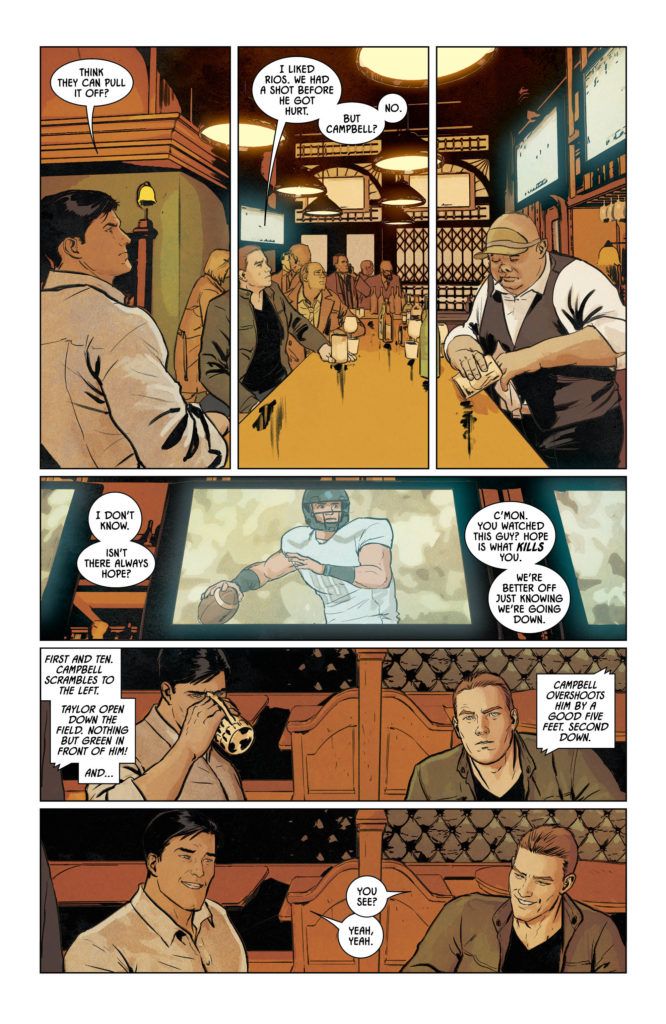 Back during the events of “The Button,” we thought we saw the end of Thomas Wayne or at least this version of him. In fact, he was brought back by the Reverse Flash as a form of twisted punishment where Thomas was forced to watch his son live a life full of struggle and pain as the Batman. It’s then revealed that Thomas was pretty much always there. He talked to the Joker after he sparked the events that would derail the wedding. He was even there for the famous double date, creeping behind concession stands.

While the actual fight between Bruce and Thomas left more to be desired, the issue maintains the emotional notes needed to give a sense of closure when you close the book. We even have a charming back and forth between Bruce and Kite Man — although they don’t recognize each other out of costume. They’re watching the Gotham Knights in a Hail Mary situation when the same quarterback who the city of Gotham has been chastising this entire run gets one last chance to prove himself. The forever optimistic Bruce holds out hope, Kite Man, who life has been beaten up quite a bit in the past 85 issues, sees no point in holding his breath; only for Campbell to prove that he’s learned from constantly being knocked down and getting up and bring the team back for a win.

In the end of the issue, everyone gets what’s pretty much coming to them. Gotham Girl finds a healthy way to use the powers she’s proven she knows how to use. Thomas Wayne learns that he can’t control anyone, especially his son. And Bruce and Selina are in an Oprah-Steadman type of common-law marriage only they can truly understand, and that’s probably for the best.

Overall, this has been a very fun series to review. I started with issue #1 and was ecstatic, because I got the honor of reviewing what would presumably be a tentpole title in comics for as long as I saw fit. Sure, I missed a couple of issues and even didn’t enjoy a handful. But I truly enjoyed this chapter of my life following the journey that King and the long list of amazing artists he worked with took Batman and the Batman family. These are memories and stories I hope I can carry with me for the rest of my life and compare to others as I continue to read and support comics. I just hope that you, our readers, have enjoyed taking this journey with us too.