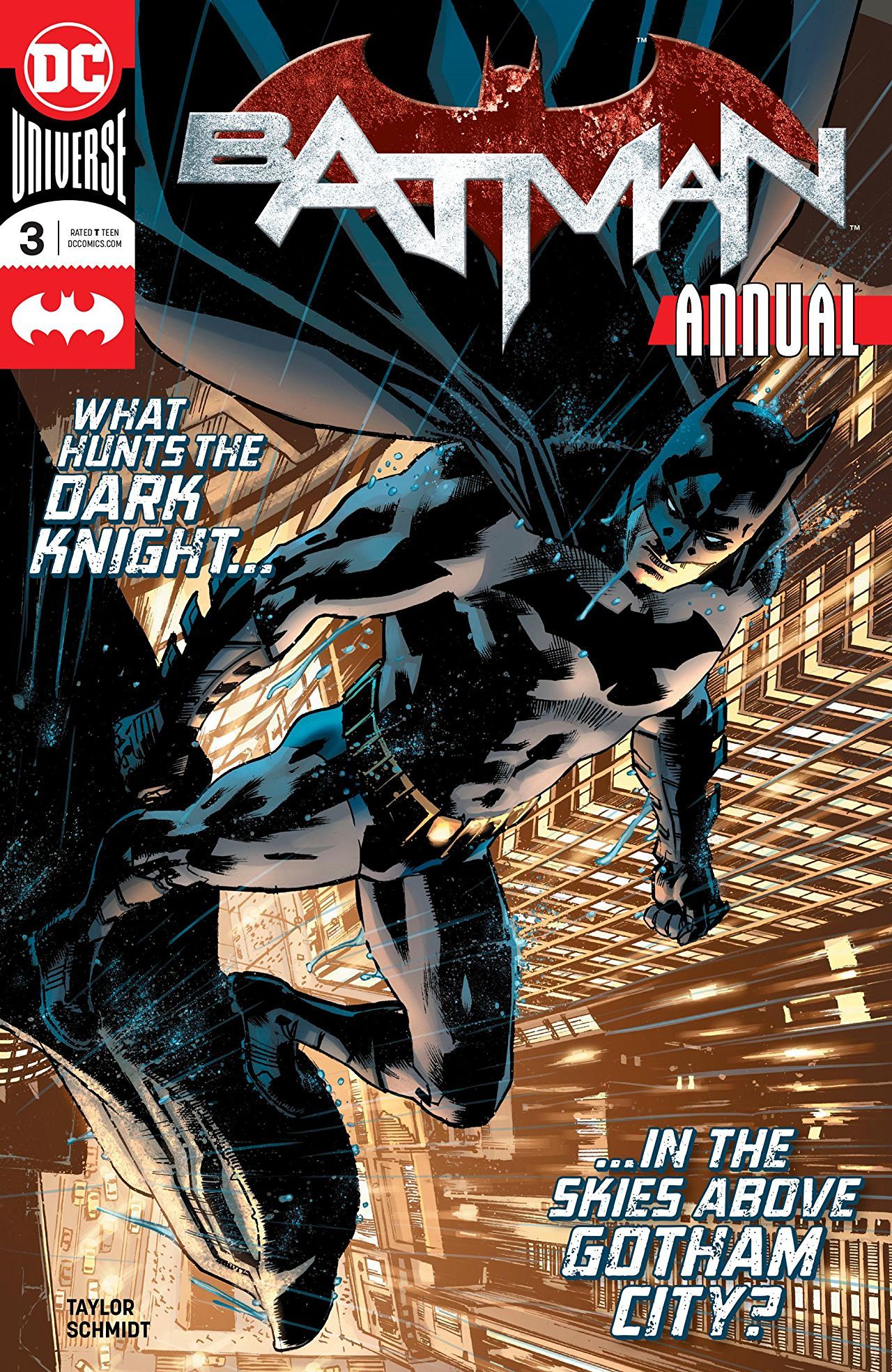 2016’s “Good Dog” in Batman Annual #1 was one of the best solo stories in comics that year. The one-shot was disguised as an origin story of Ace, Bruce Wayne’s loyal canine, but was really a deep look at humanity and the possibility of redemption with a little holiday nod thrown in at the end.

The story won Tom King a much-deserved Eisner award and clearly serves as an inspiration for the story captured by Tom Taylor and Otto Schmidt in Batman Annual #3, “Father’s Day.”

From the very beginning, the issue focuses on Alfred Pennyworth, who’s watched over Bruce Wayne (Batman) and the entire Bat-family for the majority of his life after working for the Wayne’s. 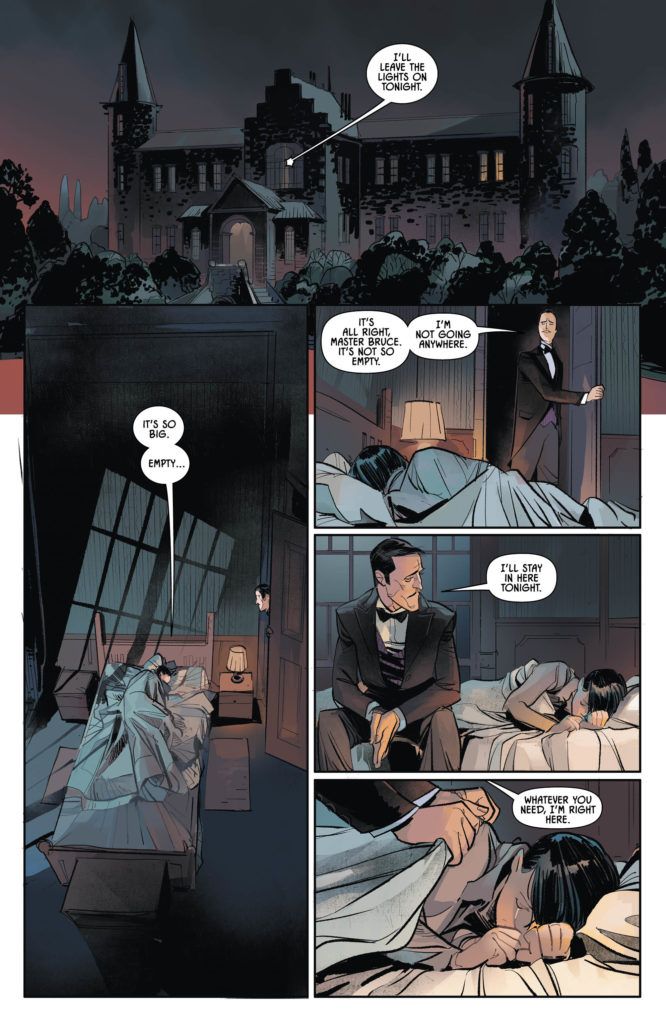 Up to this point, it’s easy to assume we’re just going to hear about one of Batman’s adventures from the other side of the communicator. For the most part, this is true. But the important thing to note is why do we get this perspective?

Short answer, it’s to understand how one man could put himself through so much. It’s revealed that the only person who works harder than Batman in all of Gotham is Alfred. We learn that Alfred had other plans for his life, but one phone call changed everything.

As the issue takes us through a pretty captivating Batman story in its own right through Alfred’s eyes, we start to see the things we normally don’t get to. For example, the great lengths Alfred goes to keep Batman safe and save him when he’s not. Up until now, it wasn’t clear just how much work this takes.

The ingenuity of this issue’s villain is great. I’d honestly love to see him show up in the main series at some point. And the twist at the end instantly takes a pretty insightful and enjoyable issue of Batman and turns it into a scene straight out of This is Us with a dump truck worth of sentimentality packed into the smallest moments.

Unlike Batman Annual #1, this one is great from cover-to-cover as it focuses on one extra-length story and not a single page goes to waste.