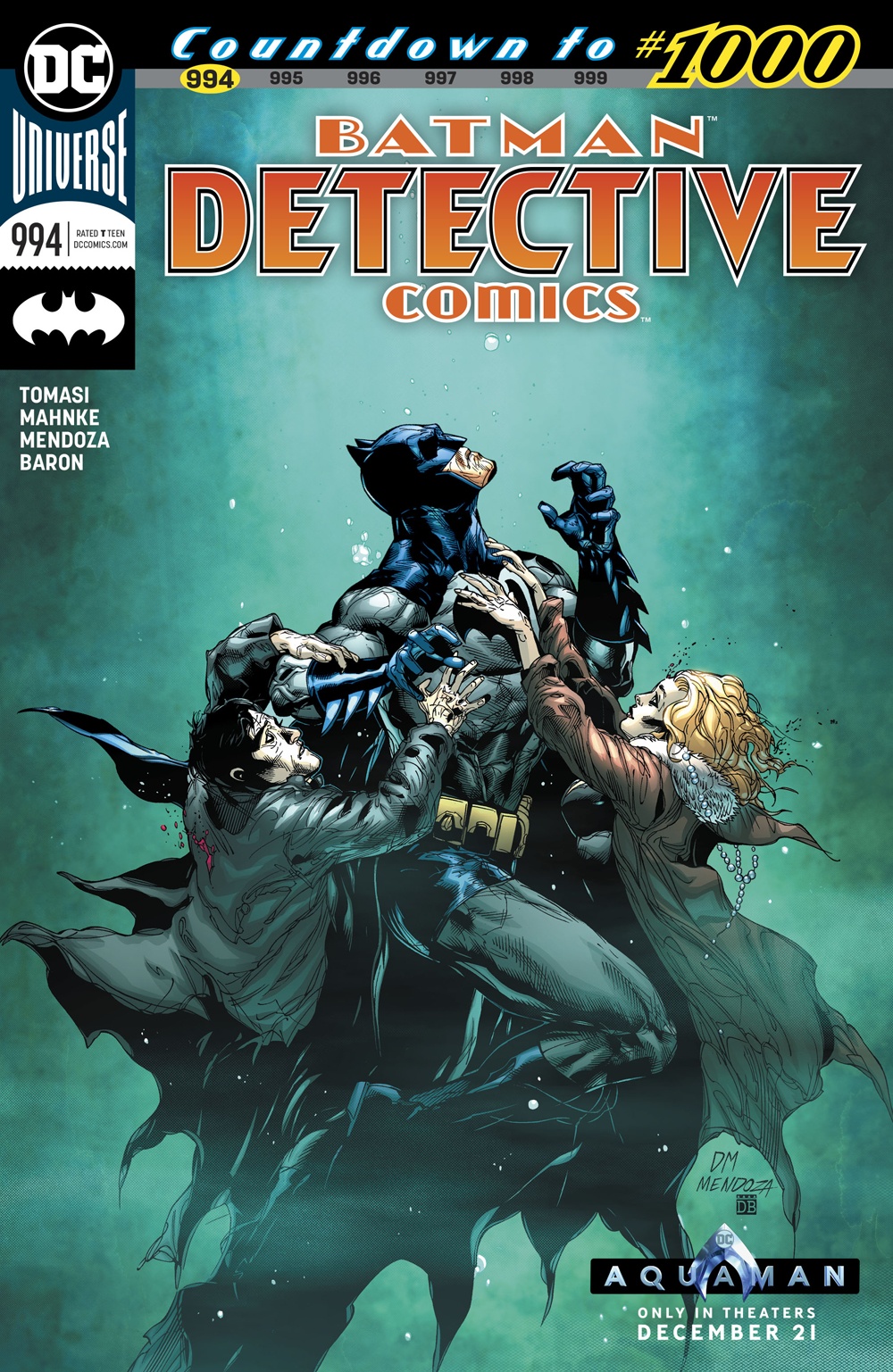 There are a lot of Batman stories on the shelf right now. It’s a truly staggering number given the mainline title and all of the spin offs that have risen, but each one continues to set an incredibly high bar and fleshes out the mythology of a complicated character. As Detective Comics marches towards its own #1000 issue milestone, it is Tomasi’s turn to leave a mark on the Dark Knight, and he does so by going back to the root of it all: the murder of Thomas and Martha Wayne.

The double homicide was a case that irrevocably changed the course of Gotham’s history. It traumatized a young Bruce Wayne and bound Alfred to the Wayne house as the guardian to its only heir. It was the first double murder that Commissioner Gordon ever took on. So, when a new player in town goes to great lengths to elaborately stage nearly perfect lookalikes, straight to the placement of the gunshot wounds, you know that Tomasi’s going to put everyone through the goddamn ringer on the anniversary of the Wayne’s death. 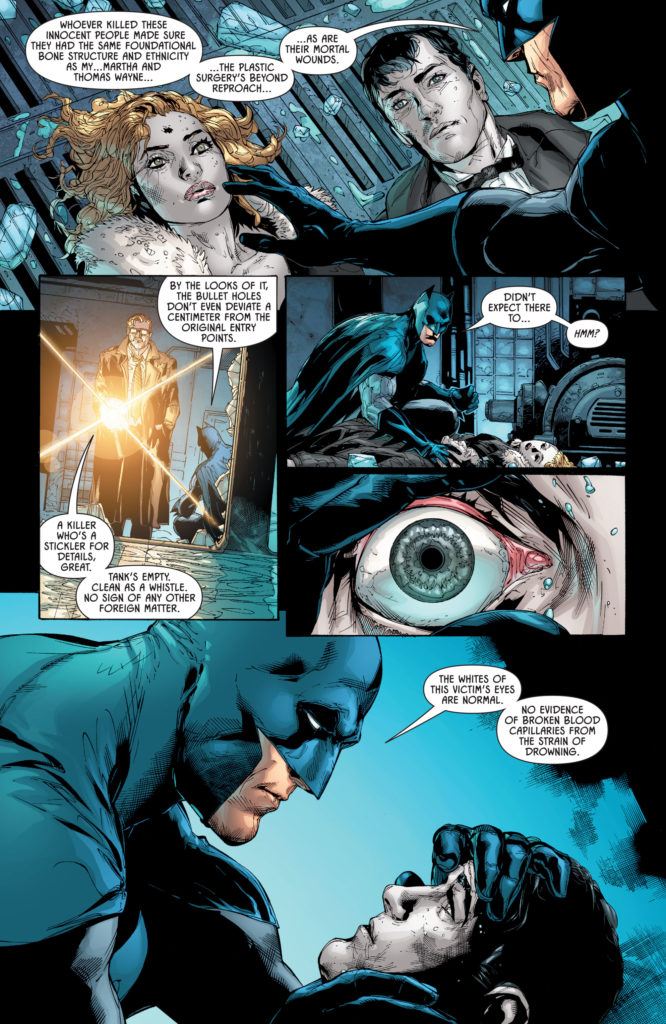 Detective Comics arcs tend to situate themselves around a central mystery with a mess of villainy connecting them, and Tomasi continues the trend. However, his dialog is tight and continues to hone-in on all of the attributes that make Batman fascinating: his humanity, his fear, his desire to protect a city he loves. Mahnke’s artwork is equally spectacular, able to capture the very soul of Batman in the pencils and the heart of Gotham City, a place where pretty much everything is liable to be broken apart at a moment’s notice.

It’s hard to predict the exact direction this latest arc will take given how hard it pivoted in the back half of the issue. There are a lot of interesting seeds and while it’s hard to see how they’re going to connect, I’m 100% ready to see Batman persevere against the strange confluence of conditions. Tomasi’s writing and Mahnke’s artwork combine to create quite the opener to this latest arc, and it’s going to be one hell of a ride to #1000.