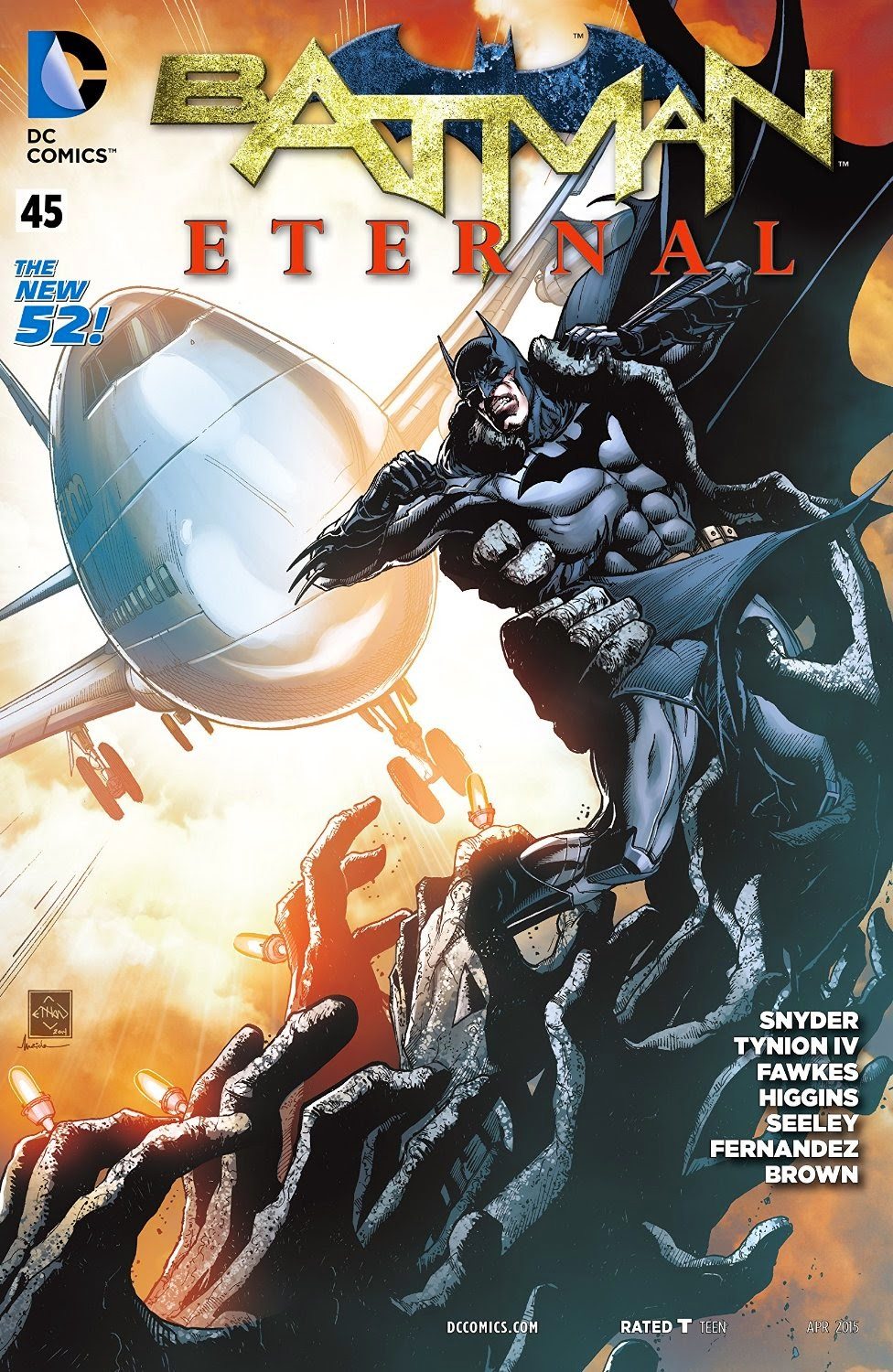 With Batman Eternal nearing its finale, Scott Snyder’s ever-rotating Round Table of writers and artists have had our hero racing all over Gotham, wrapping up the lingering threats plaguing the city courtesy of his mystery troll. That finds him revisiting some old friends from the series’ beginning. But has the audience since moved on?

This week, Batman is wrapping up another piece of the puzzle on another case when he gets a taste of the supernatural while in pursuit of Dr. Milo. This leads him to reach out to Jim Corrigan as he’s in the middle of debriefing Batwing after the fall of Arkham. Ray Fawkes handles the scripting and pace as well as could be expected. It’s been so long since this story had been visited, I thought it would have lost a little luster, but it turns out the Batwing/Spectre team up still has that cool, ominous feel to it.

My favorite highlight, despite it not getting much airtime, is the uneasy exchange between Spoiler and Bluebird. Harper Row is quickly becoming Gotham’s answer to Faith from Buffy: The Vampire Slayer, taking no shit off of anyone…even people that she kinda likes. Javi Fernandez’s artwork doesn’t quite pull off the sketchy, unfinished look as well as some other artists, but it does the job well enough. He seems to shine a little more during the moments of exposition than he does during action beats, too. Usually, there would be nothing wrong with that, but this issue does have its share of excitement where detail becomes necessary.

Bottom Line: Pretty good week for the second best Batman book in rotation. 8 out of 10.