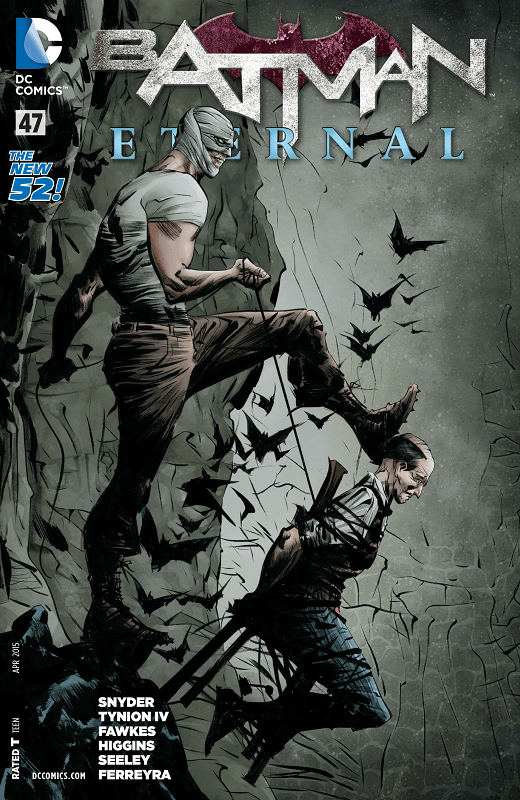 Batman Eternal is hurtling toward its big finish at breakneck speed at this point. The creative team is practically writing and drawing this book with their feet trying to keep things interesting. Even with its occasional misses, the hits more than make up for for any trespasses, making this one of DC’s current masterpieces.

Batman’s got a lot on his plate this week as his mystery troll has bankrolled some his worst enemies’ fondest wishes. Surprising nobody, most of these equate to Gotham’s worst nightmares and it has the Bat-family spread thin to put out these fires before they start. Tim Seeley handled the glut of characters pretty well, but most noteworthy part of this issue script-wise is how Julia “Penny-Two” Pennyworth takes the spotlight as a more confident, commanding presence running operations in the field as well as the cave. Watching her mouth off to Catwoman after trading a few punches was icing on an already frosty cake. 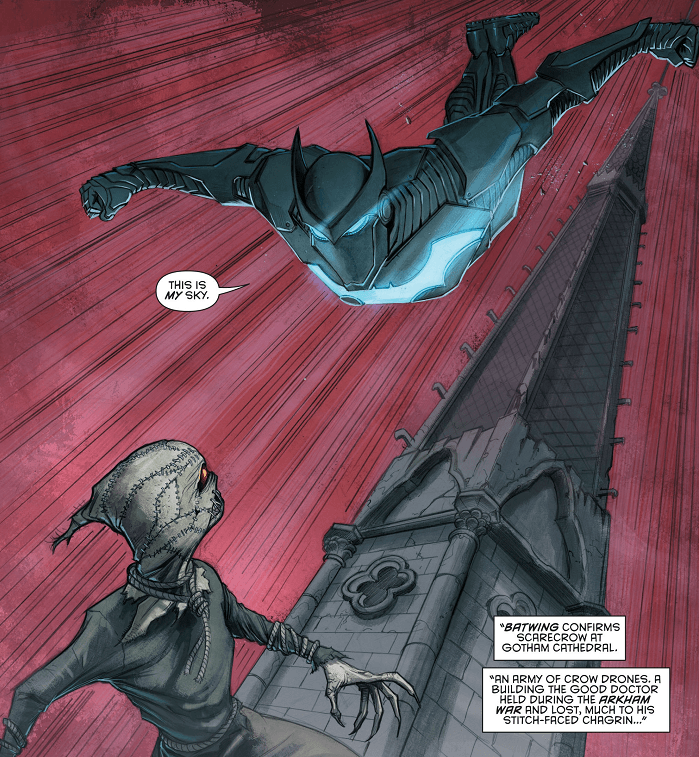 DC isn’t as far off the starter block as Marvel is in embracing a new generation of female readers, but characters like Julia and Bluebird are still a pretty good start. This week’s artwork was simply sublime. Juan Ferreyra has a haunting style that puts you in the mind of old pulp novel cover. Hush looked particularly creepy, just as Bruce Wayne’s mummy-faced childhood stalker friend should.

Bottom Line: This was a surprisingly well-paced, visually gorgeous addition to this series with a sorta predictable ending that’s still hugely satisfying.