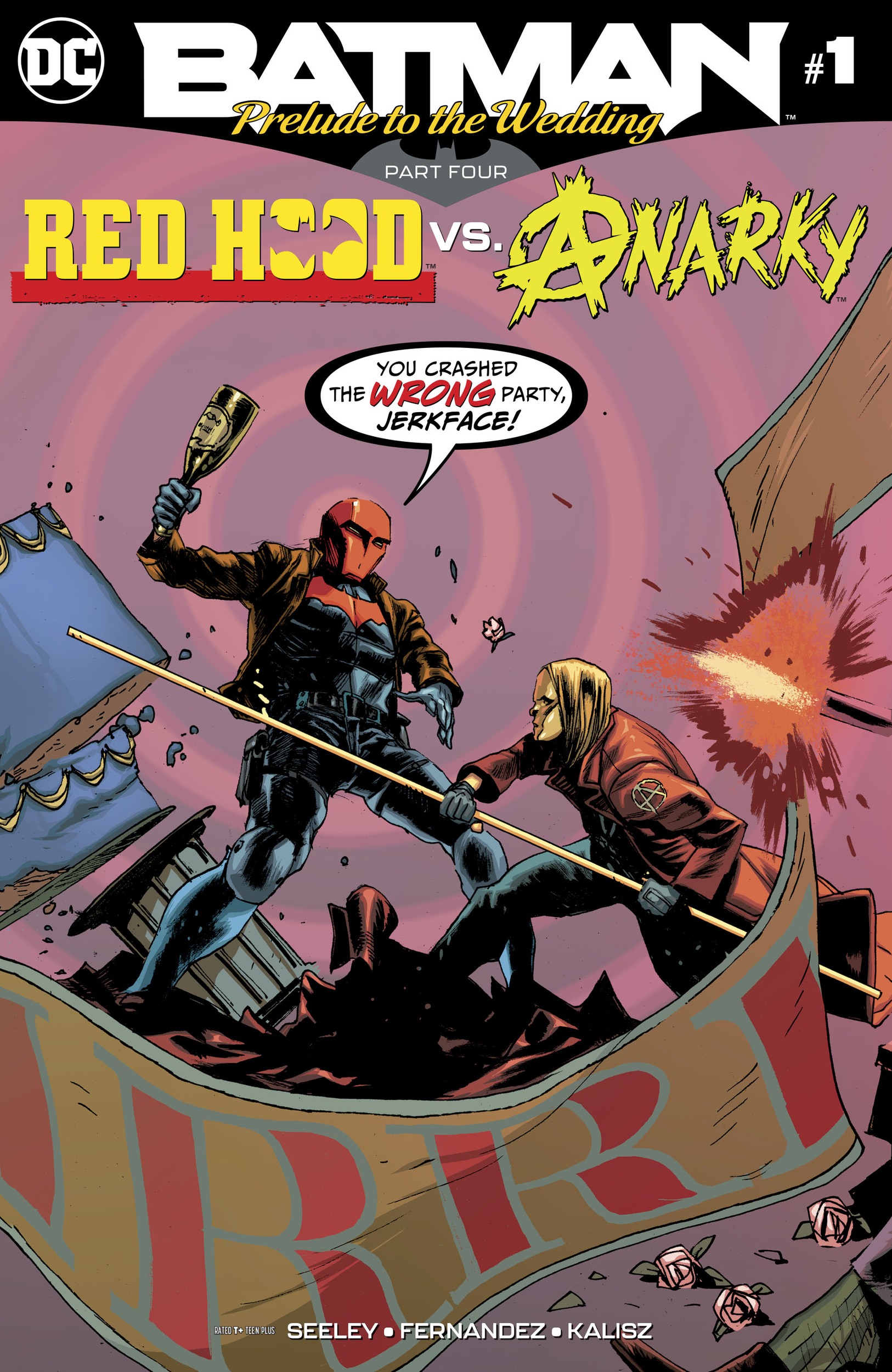 In Sickness and In Health

Red Hood vs. Anarky is unique among the Prelude to the Wedding in that Red Hood is not on his own like the rest of the Batfamily. Whereas Robin, Nightwing, and Batgirl were mostly toughing it out on their own against their respective villains, Red Hood got to keep his current team of the Outlaws. Artemis and Bizarro acted as mission control as Red Hood played bodyguard for Selina’s bachelorette party. It was a brilliant decision on Seeley’s part because it gave Jason Todd a chance to demonstrate all of the character development he had with the Dark Trinity.

As Red Hood deals with the first batch of angry cultists near the start of the night, we see his typical characterization. The belligerent, no-holds bruiser quickly dispatches the hooded figures before casually threatening them with a large knife. Then, in a simple beat, we see Red Hood resolve to make sure that Selina has a fun night on the town at all costs while bantering with his team. 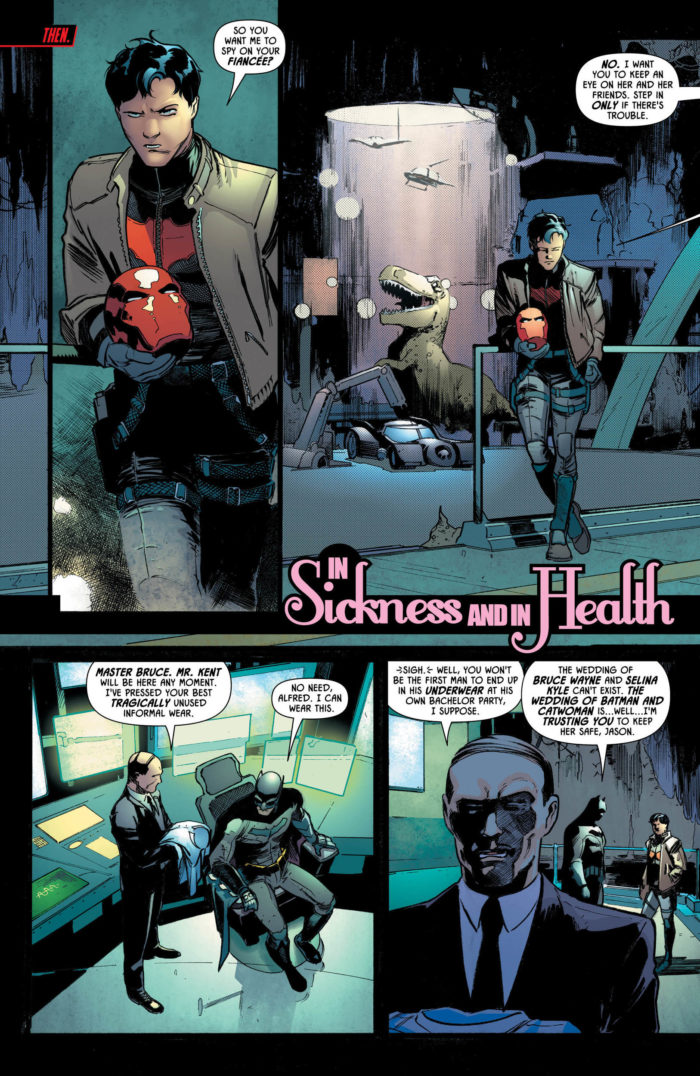 Seeley flexes his range with Jason Todd showcasing the different facets of pragmatism the hero embodies: from abusing dimensional portals, to navigating from the city, to having an acute understanding of people he’s interacting with. Listen, Fernandez’s art is absolutely spot on. He constantly switches between mystical-inspired outfits, to outlandish sci-fi contraptions, and the typical Gotham noir fluidly as the story continues to incorporate all of these different elements.

I think this is the strongest showing of the Prelude to the Wedding so far. Red Hood was at the focal point of the issue, but also had the advantage of having a great supporting cast and a villain who had the clearest ideological connection to Red Hood’s relationship with Batman. Anarky was a weird choice to bring in, but he ended up being a crucial part of the formula that made this all work. Seeley and Fernandez played off each other to craft a night to remember.