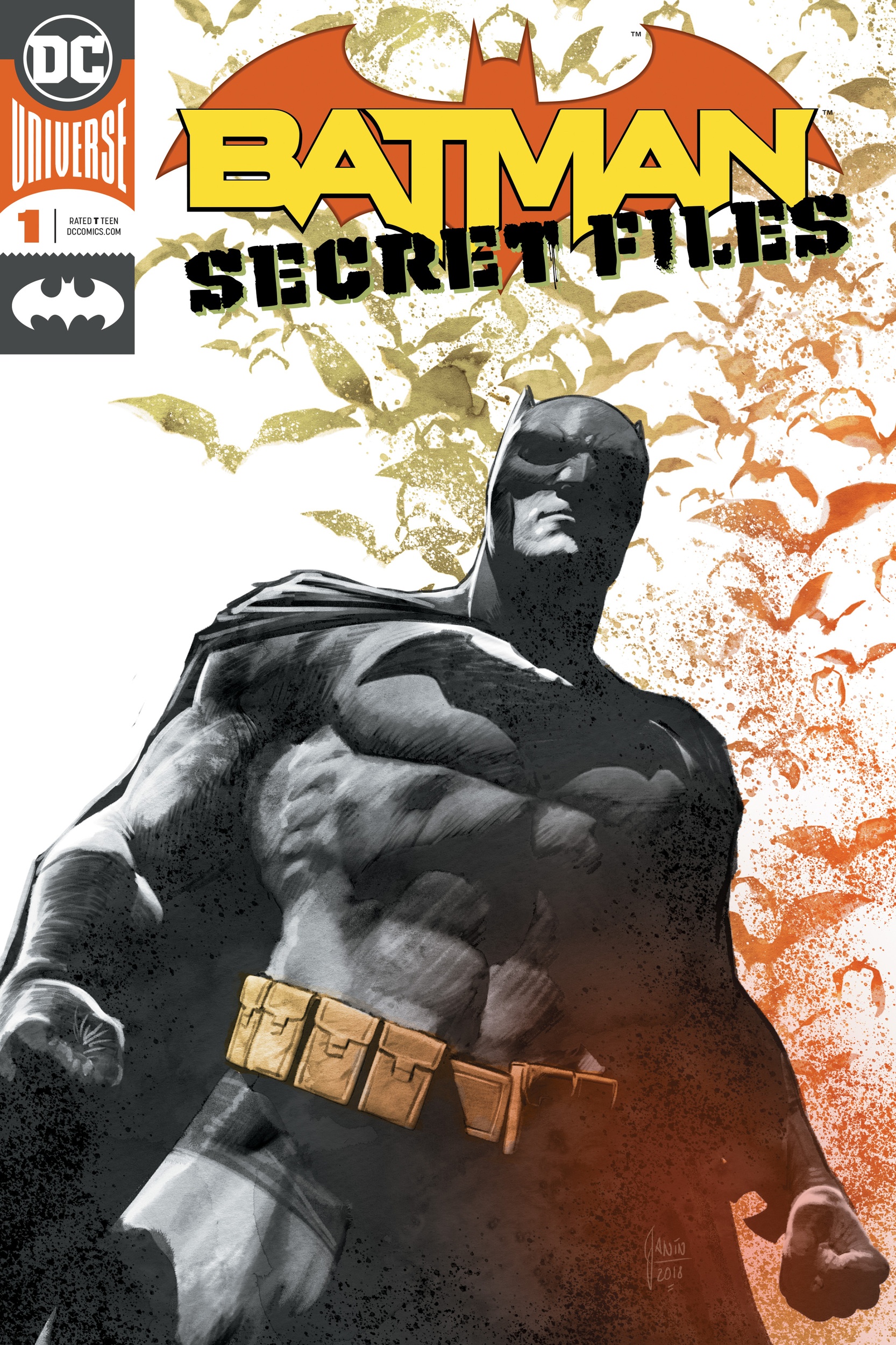 I know what you’re probably thinking right now. We are so utterly inundated with Batman media right now that it’s kind of ridiculous. Between all of the different titles Batman has a starring role in, the video games that have come out this year, the movies that somehow continually get pushed, Batman is actually everywhere. It makes you question why we keep getting them and honestly, it’s simple: these stories are really good.

Batman, despite the white privilege and billions of dollars at hand, is the embodiment of human determination. He is a character who somehow keeps up with literal gods and survives. Batman has been broken and mended more times than anyone could probably count. Batman: Secret Files contains a series of vignettes that explore this unrelenting determination and does a fantastic job of looking at that simple principle from various angles.

The opening vignette of True Strength is King at his finest. Superman offers Batman a chance to ascend to a greater level of power with Platinum Kryptonite and what follows is a conflicted, wounded Batman imagining what that power would look like, seeing what he would become with that power. Janín’s artwork is absolutely incredible and remains one of the gold standard depictions of the Bat as well as Supes, even if he only has a brief appearance. 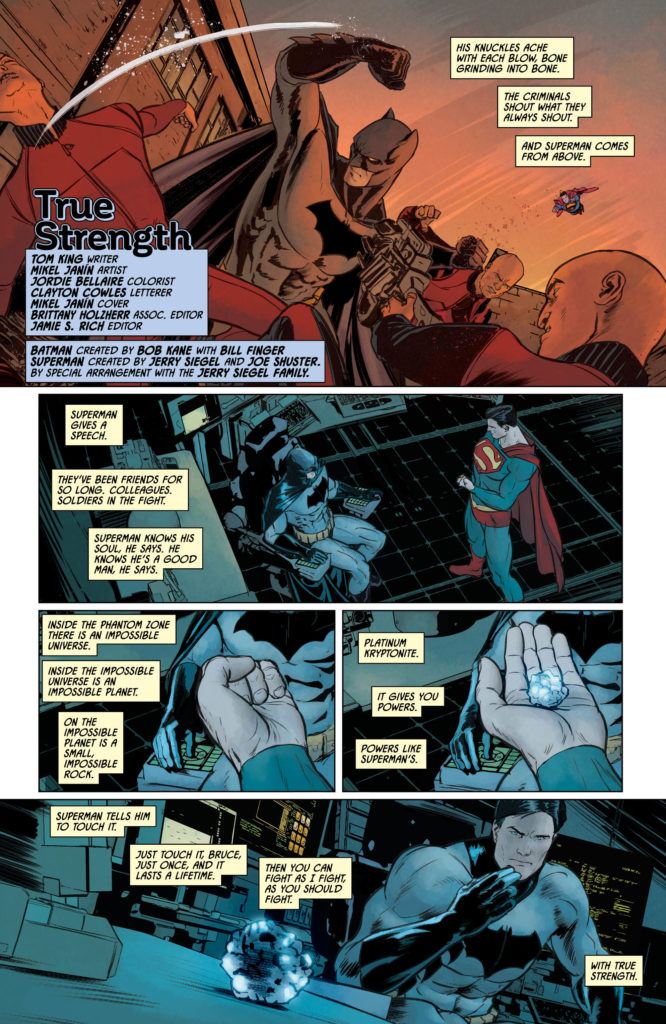 The Nature of Fear is less a Batman story and more a look into life of an ordinary citizen that has been impacted by the eternal war for Gotham City’s soul. Officer Fielding was exposed to Scarecrow’s fear gas, and the resulting saga shows us how damning that gas is from the perspective of someone exposed. V’s story captures a certain sense of helplessness while Fornes’ artwork evokes old school Gotham Central vibes to create an eerie experience.

Lynn and Casagrande’s One explores the perennial question of technological uses and analyzes Batman’s relationship with rapid development, particularly with a new series of Lucius Fox’s drones. It’s a smart approach to tackle the complicated topic while still having ample action to fill the pages.

The penultimate tale features Batman monologuing in Bellaire and Thompson’s Enough. As Batman tries to investigate a monster on a snowy mountain, we have a similar resonant question of whether all the lengths that Batman goes to protect the places that he calls home are enough. It’s a slower build than the other stories but still enjoyable. 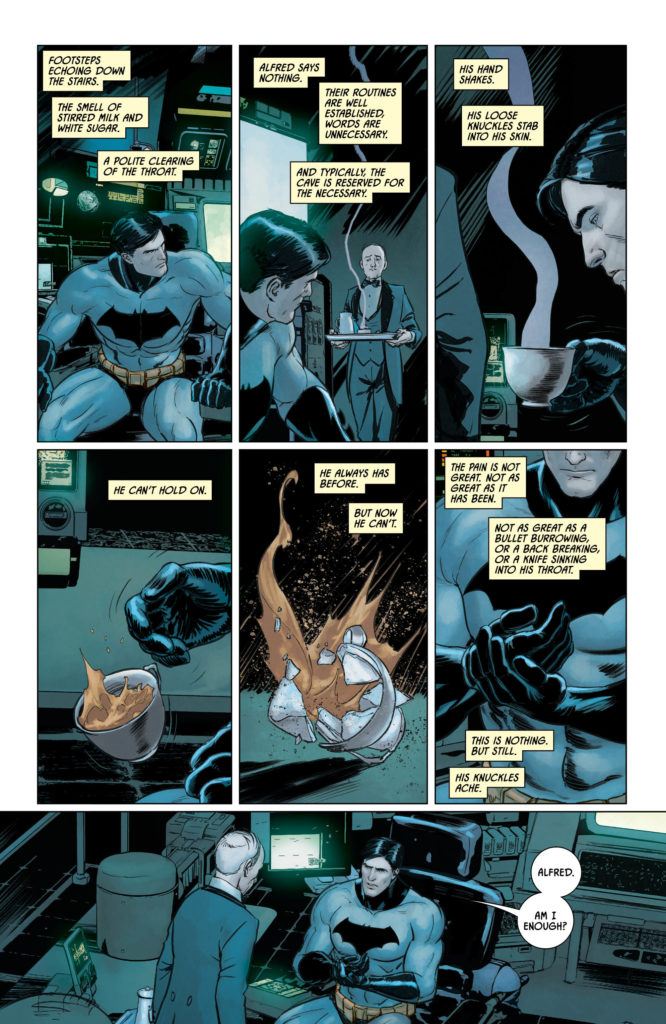 Ending the Secret Files is Taylor and Walker providing a team up between two great detectives: Batman and Detective Chimp. I honestly don’t know why Detective Chimp has made such a resurgence, but I am here for it. The dynamic between the two in a buddy cop style narrative just works.

To reiterate, the reason we keep getting Batman stories is because there never seems to be enough of them. They go in so many different directions and speak to something unabashedly human that we as the reader connect to as we follow along on the panels and pages.

9.2 “Unredacted Lines of Information” out of 10