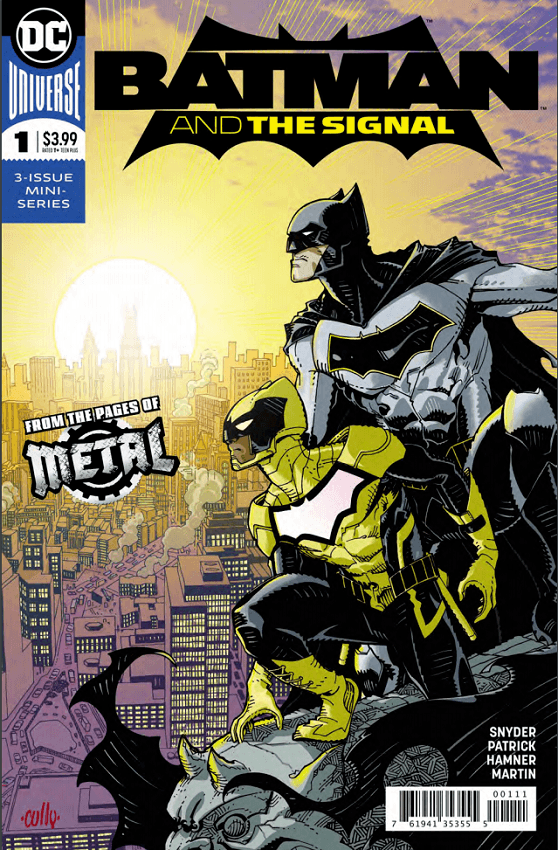 Duke Thomas aka The Signal, is the newest addition to the Bat-Fam, and he’s already feeling the pressure. The issue starts with an inner monologue over his vision of a morning at the Bat Cave. He sits at a dining room table filled with the Tims, the Dicks, The Barbaras and the Katherines, all of them asking their variations of the question “Whose Mans Is This!?” He’s the new member of a very exclusive club, and he’s anxious to prove to himself and the rest of his Bat cousins and uncles and aunties and dem that he deserves to rock a bat on his chest. 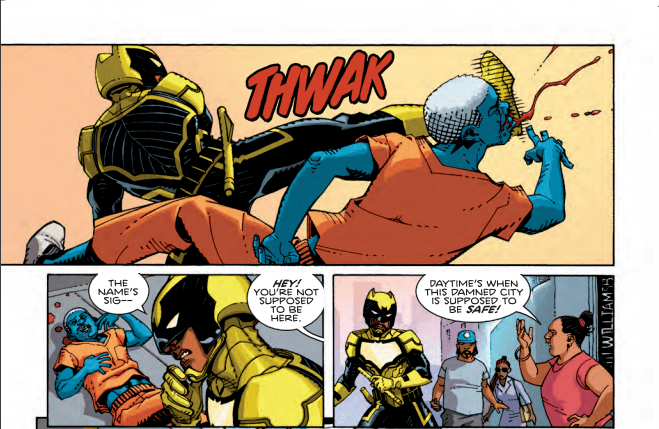 The bulk of this issue is Duke figuring out the origin of his abilities. What sets him apart from most of his siblings is that Duke has special powers, ones that allow him to “see light differently than other people.” This can come in handy when it’s time to knuckle up, but Duke’s still got to learn to get a grip on his soul glo if he wants to be a hero. He’s also the only member of the Bat-Fam that fights crime during the day, which comes as a shock to the citizens of Gotham. Meanwhile, a detective named Alex gets a visit from Commissioner Gordon about a rise in metahuman activity in Gotham. She too is moving from night to day duty, so she’s bound to cross paths with The Signal sooner or later.

This issue’s a very fun read. You really feel Duke’s anxiety from being a new hero, and his embarrassment when he inevitably makes a mistake. Batman is very encouraging as a mentor, as he takes a more life coach approach to Duke’s initiation rather than his old school drill sergeant demeanor. The pages are well illustrated; it’s interesting to see how a member of the Bat-Fam looks fighting in broad daylight. 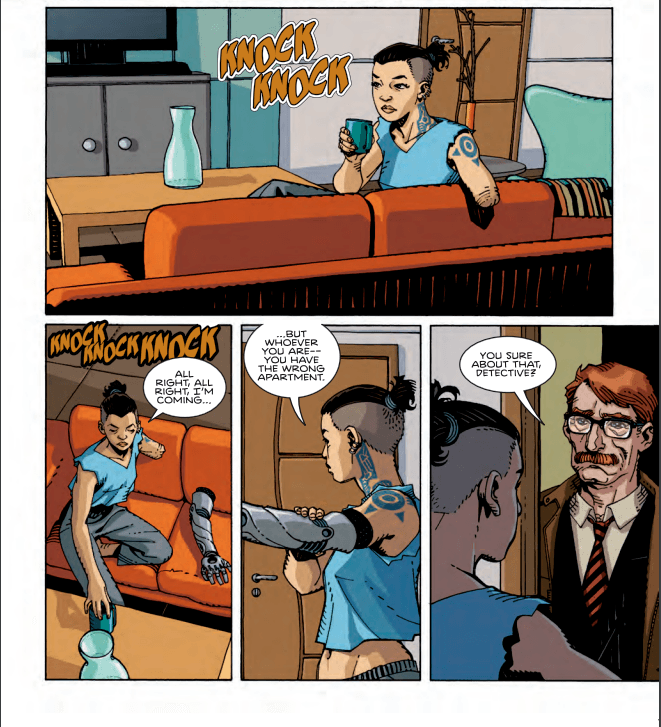 The Signal doesn’t always get it right, but he’s still trying. With a little practice, he’s bound to be the daytime hero Gotham needs. Grab a copy of Batman and The Signal #1 and get you a piece of this shine.