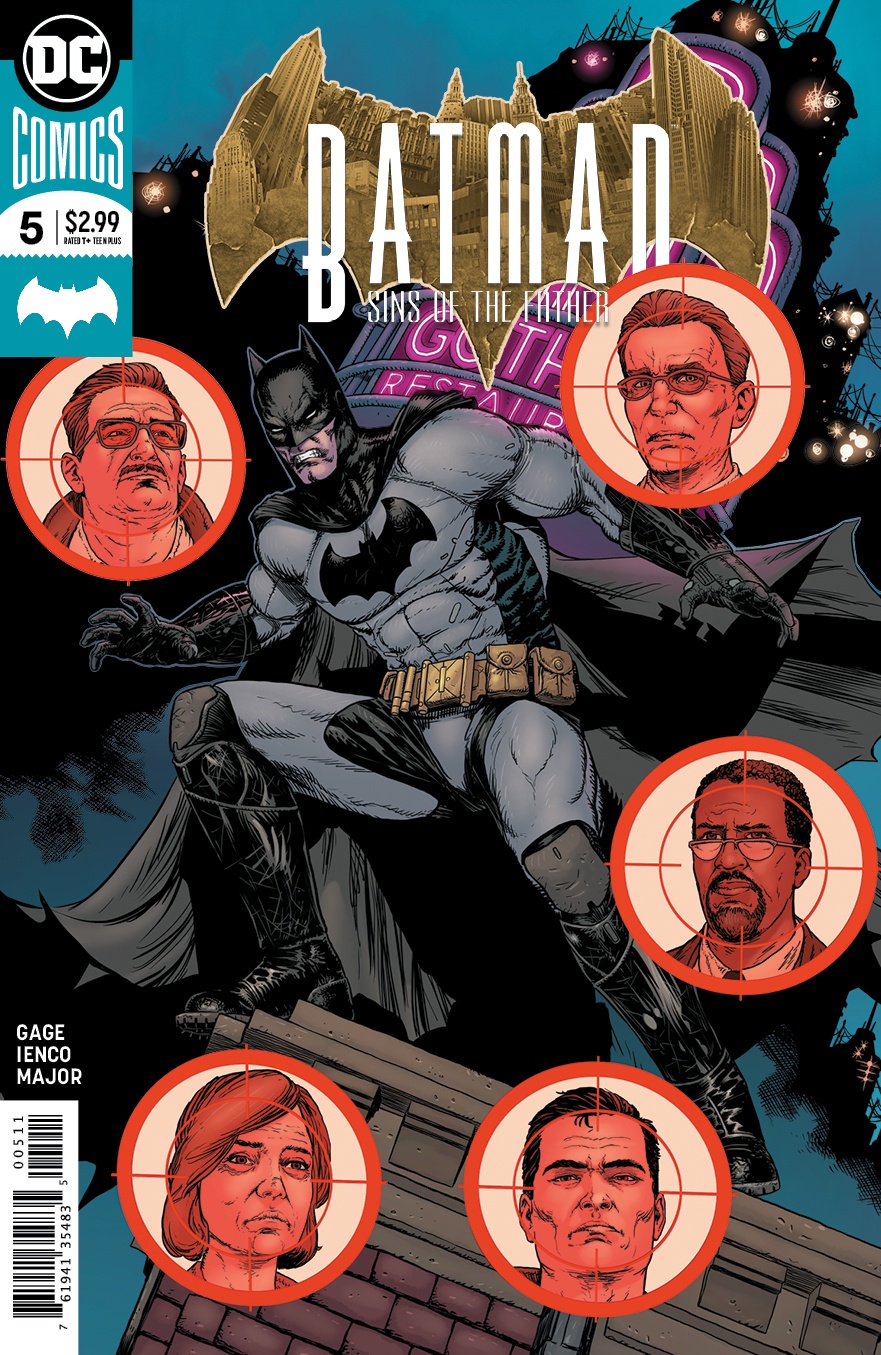 After last issue’s intense character study, Batman: Sins of the Father, Part 5 goes back to a more predictable tempo: constantly switching between Batman and Bruce, as the villain makes a dramatic declaration that spurs the rest of the issue into action. This is a transition issue, getting the pieces in place for the grand finale. It does just that, but unlike Issue #4 which was unique to Sins of the Father, Issue #5 veered a little too much into the familiar.

Ienco’s art remains true to the Telltale visual aesthetic and he gets to draw almost the entire cast over the 20-page span in pretty much every environment imaginable. Gage’s narrative sets up the typical tropes. Batman is concerned about his closest allies from both sides of his personality. Bruce’s actions are inherently suspicious. The villain is making it his mission to destroy the Wayne name. 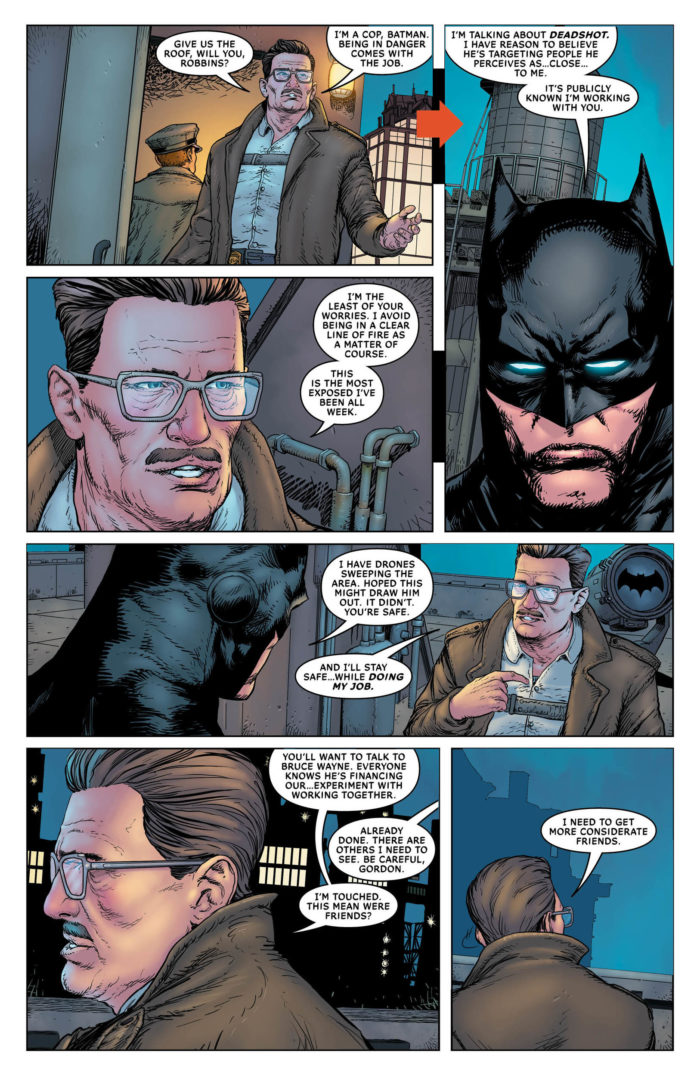 And that last bullet is really where the issue falters, not because it wasn’t executed well, but because there was no particular reason why it was Deadpool. Issue #4 gave us this elaborate history that personally tied this version’s Lawton to Thomas Wayne’s sins as it were. Issue #5 didn’t leverage that uniqueness of the character and instead players of the first season could see the same beats being played.

All in all, it’s a fun edition to the series, but doesn’t have the same charm as its predecessor. It does set the stage for an interesting finale, so hopefully the last issue can tie it all together. I’ve enjoyed the miniseries thus far and tonally it’s a perfect interlude to the two seasons, but I was hoping that the penultimate issue would distinguish past its identity as a tie-in like the second act managed to accomplish.