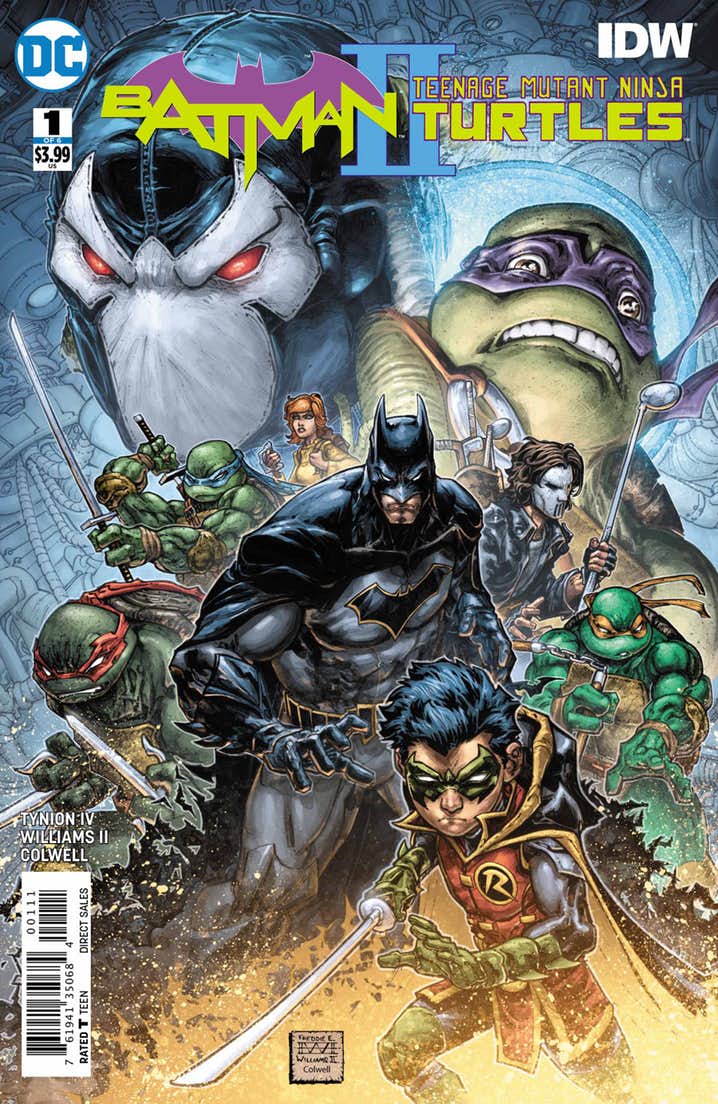 When I heard that the creative team behind the Batman/ TMNT crossover from last year were getting back together to tell another, I was giddy with anticipation. That first story was an incredibly fun read. The beginning of this installment does not disappoint and continues that same level of awesomeness we were left off with. Batman/ Teenaged Mutant Ninja Turtles II #1 is the first installment in a six-book story teaming up the Dark Knight of Gotham with the Shell Shocking Brothers of New York. James Tynion IV is no stranger to the Batman. He’s been writing Detective Comics these last couple years and holds his own alongside his fellow Bat-writers, Tom King and Scott Snyder. 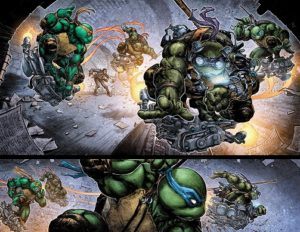 In this comic, we get a smooth continuation from the last arc. With Shredder and Ra’s Al Ghul out of the picture (The Bat and the Turtles whooped dat ass). The League of Assassins and the Foot Clan are both reeling from the power vacuum left. Sounds like a job for our heroes. The story reads pretty standardly until something particularly wonderful seems to blossom. One of our heroes goes through a bit of a crisis.

Feelings of failure and inadequacy push him to reach out for guidance. In the process, the two worlds are once again unexpectedly linked. This emotional drive gives the tale more heart than a standard “Gotta beat up some ninjas” story. Don’t get me wrong. There will be plenty of ninjas to beat up. Tynion just peppered his book with a surprising level of emotional investment. Impressively this isn’t done at the expense of any action.

They at it again.

We’re thrown right into a level of excitement deserved from a book called Batman/ TMNT. This excitement is where Williams’ art really sings. The level of detail in this book is wonderful. The glistening tip of a spear; the crumbling debris from a wall, you can appreciate the time and effort it took to create this book. Special props to the turtles’ design. It would be so easy to make them look identical except for their masks and weapons. Williams goes much further, giving each of the brothers a distinct look.

Michelangelo has a carefree softness that contrasts well with Raphael’s stern, aggressive brow. Donatello has the buck teeth that has been an identifying feature as of late. I was most impressed by Leonardo’s look. He has a sense of strength without aggression. The shades of green are also slightly different, adding to the turtle’s individuality.

This team of Tynion and Williams has set up a hell of a story and I cannot wait to see where it goes.

9 Pizza References out of 10