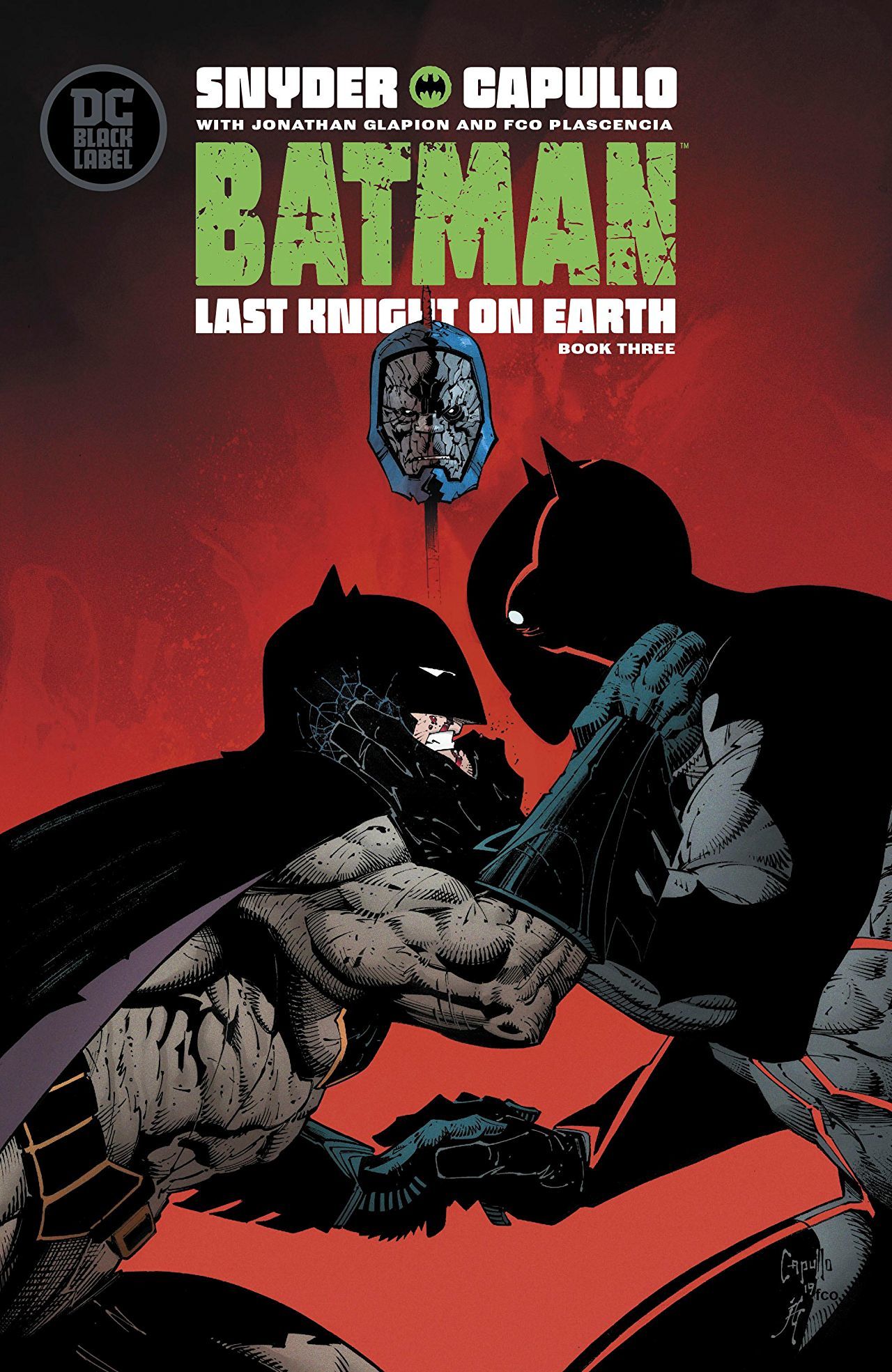 Batman: The Last Knight on Earth was pitched to us as Scott Snyder and Greg Capullo’s last Batman story together. This book was always going to sell itself. Snyder and Capullo are lightning in a bottle when it comes to Batman. But there’s not a world in the multiverse where you’d be prepared for what they decided to do with this story. They went in on this book.

Last Knight on Earth is everything it promises. It’s a love letter, a deeper exploration, and a send-off all rolled into a Kevlar cowl. But it’s how all of that is executed that really puts it over the top. For instance, they gift us a headless Joker in a Robin mech suit, a Wonder Woman wearing Dr. Fate’s helmet, and a Lex Luthor who regrets his culpability in Superman’s death.

This is a DC Black Label book, which means it isn’t tethered to anything in the main DC continuity. These are also two of DC’s two hottest talents. So, they were really able to do what they wanted and swing for the fences. Snyder combined his classic Batman take with some of his more recent, absolutely crazy concepts that he’s explored in Justice League, and it was a marriage that worked perfectly. Who knew that I wanted to see Scarecrow with needle nails riding Bane’s back like a horse? I sure didn’t. But somehow Snyder did. And Capullo executed all of this stuff effortlessly. Because we’ve seen his versions of these characters over the years, it was nice to see him stretch his legs and remind us that he really can do whatever he wants to do with a pencil.

I was actually surprised with how– at least thematically– this book didn’t just tie into Snyder and Capullo’s Batman books, but it also kind of echoes a similar story that Snyder’s current Justice League book is telling. And that’s that this world that Batman currently finds himself in, is a world where Superman died and Luthor convinced the world that Doom was the right idea to invest in. That’s like… just what they’re doing in Justice League right now, except with more balls to the walls craziness. But still, it’s interesting. 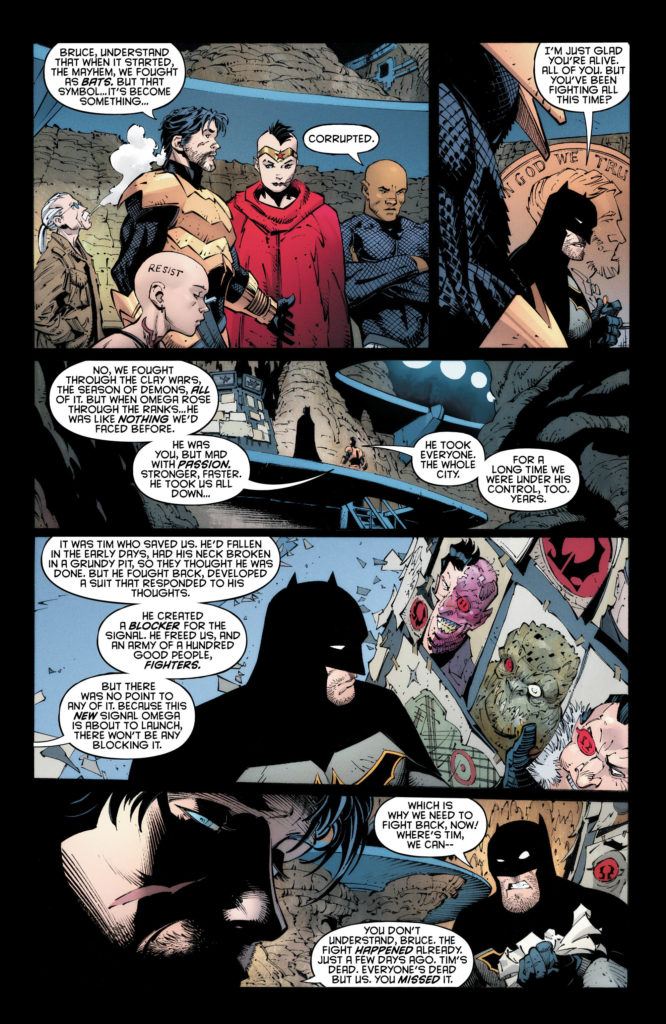 The final issue of Last Knight did not disappoint. It pitted the young cloned idealistic version of Bruce against Omega, an overbearing villain closer to Batman than you might have thought. It’s the ultimate battle of good and evil told through the twisted unfiltered lenses of Snyder and Capullo’s minds.

One of the stronger messages conveyed in this final issue is the notion of letting people in. Omega let people in and paid the ultimate price. It broke him and drove him to be the monster that he is today. This young Bruce has the opportunity to do the same thing, but will it yield the same result or will something else happen altogether? It’s an interesting metaphor Snyder and Capullo are exploring. Not a new one, but it’s being conveyed in a new light.

It’s like you’ve gotta go through so much hell before you can achieve true happiness, but it’s the hell that puts the happiness in perspective and allows you to appreciate it. If this is truly Snyder and Capullo’s last teamed take on the Caped Crusader, what a better way to send him off? They have tortured him senselessly over the years, all the way up until the final pages of this book. And finally he’s repaid with a younger, less injury-ridden body and a world that he gets to help jumpstart instead of one he’s trying to save.

Reading The Last Knight on Earth? Check out BNP’s other reviews here.