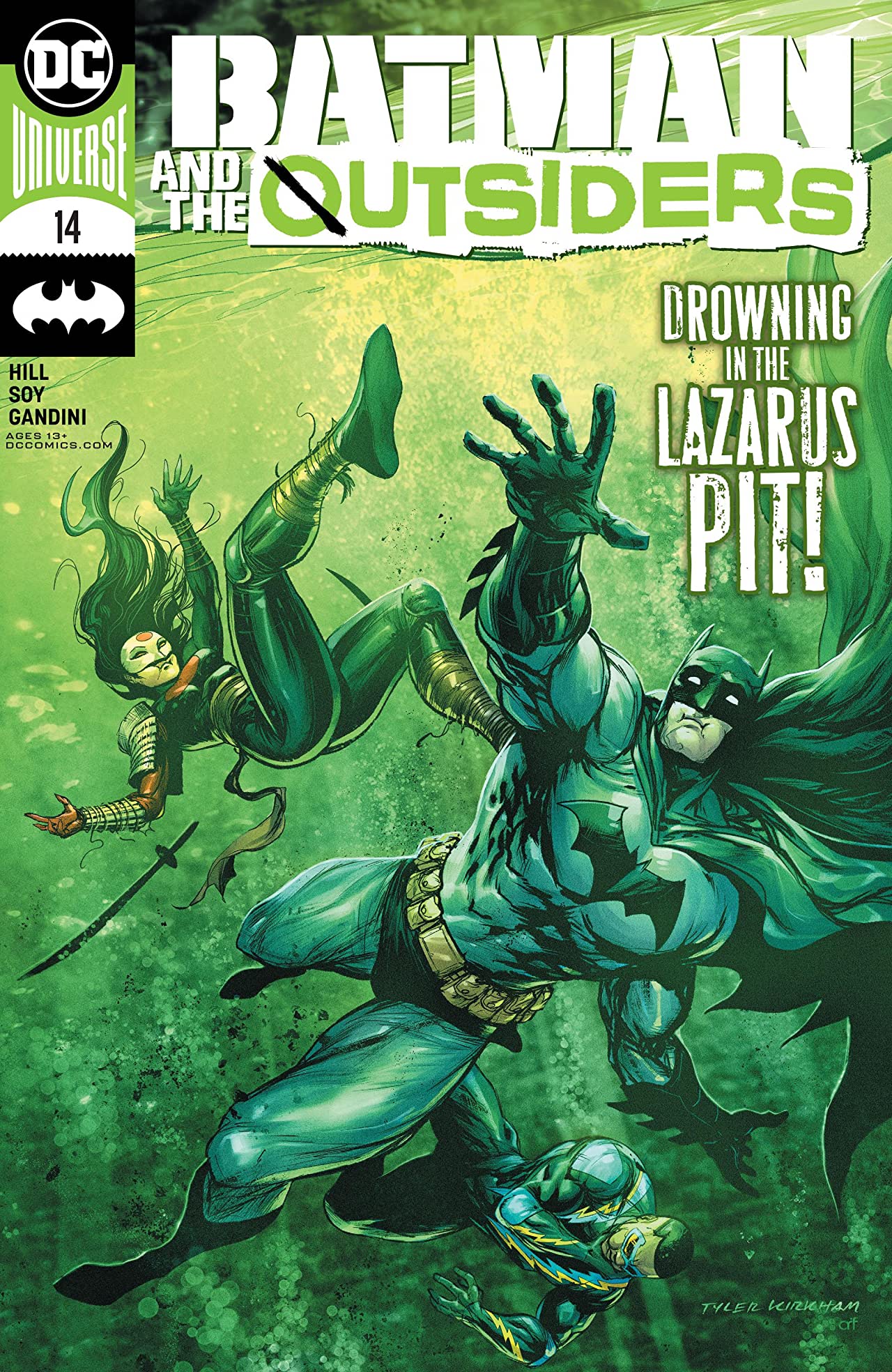 Batman & The Outsiders #14 shows the team taking the necessary steps they need in order to make a strike at Ra’s Al Ghul. We’re blessed with a supercharged Black Lightning, a continually flip-floppy Lady Shiva, and a very confused group of Outsiders.

I’m gonna be frank with you: I don’t like Batman. Not because he’s not cool. And I won’t ignore that he has some of the best hands in the DC Universe. But there’s just too much Batman. And I’m sick of seeing his furled mug every time I open a comic book.

That being said, what I like about his role in Batman & The Outsiders, is that it allows us to see different sides of Batman than we normally see. We know he’s cold and calculated and that he’s a detective and all of that. But we don’t always see those characteristics given equal attention. When there’s so much Batman around, it’s important to have some level of continuity, but it’s also important to show how varied he can be. Because for someone like me, that might be the deciding factor that determines if I want to buy a certain book or not.

My favorite sequence in this issue features Black Lightning. He was supercharged by Bats at the end of last issue and now his electromagnetic powers are off the charts. My guy is teeming with that EMP energy. The whole point for all of this was to amplify Jefferson’s powers so that he can feel the energy permeating from Ra’s Al Ghul’s weapon from a greater distance, and hopefully locate it so that the team can take it out before it’s used again. It was interesting to see the heights of Black Lightning’s powers, and it was conveyed on the page in a really dope way by Dexter Soy.

Above all else, I love how even though he just let Batman super soak him with EMP energy, he didn’t really know why it needed to be done until he asked. That goes a long way in showing how much trust he has in Bats, but also how the Caped Crusader is always holding all of the cards.

The Outsiders continue to inch ever so slowly toward their retaliation against Ra’s Al Ghul. If you wanna see Black Lightning levitate or Duke teeter over to the dark side, you’re gonna want to pick up this issue.