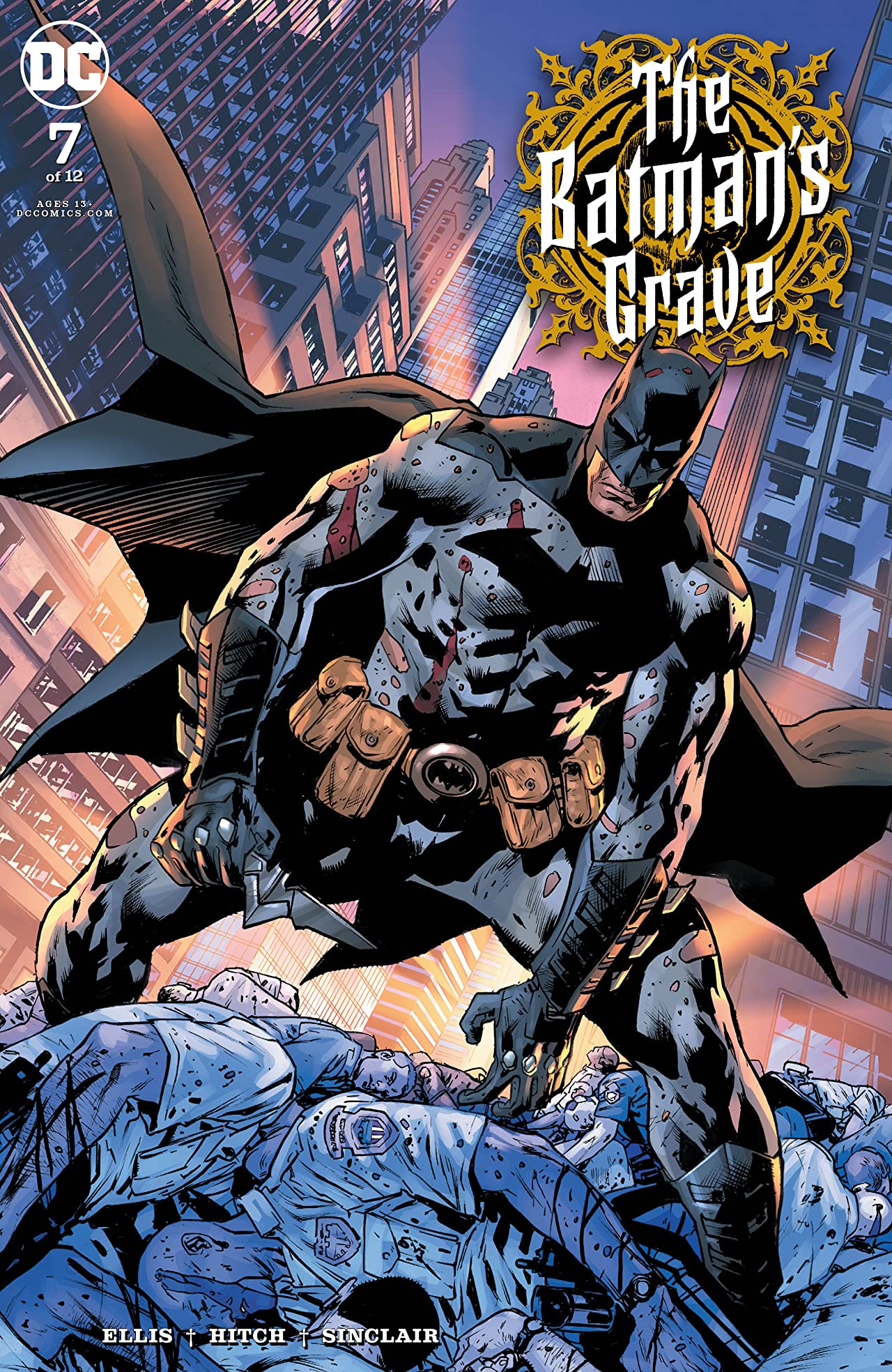 Comic books are back in full swing! This week I had the pleasure of being thrown into the middle of “The Batman’s Grave”. I didn’t know anything about this series except that Warren Ellis is on it. Ellis is a genius writer, so it was an easy choice to check out his work on a character I like. From what I can gather, a GCPD officer who knew something he shouldn’t was attacked by someone formidable enough to keep the Bat on his toes. The last few months I’ve been consuming a mix of Tom King poetic meta-commentary and the cornerstones of the character’s history in “Hush” and “Under the Red Hood”. They’re all beautiful books to read but the first can get lost in the weeds of convoluted dream sequences. The other two are intensely engaging to read now when you consider the weight of greatest time has shone on them. “The Batman’s Grave” is not a unique story by any standard but that gives the creative team air to focus on the solid dialogue between Batman and Jim Gordon, then later between Batman and Alfred. 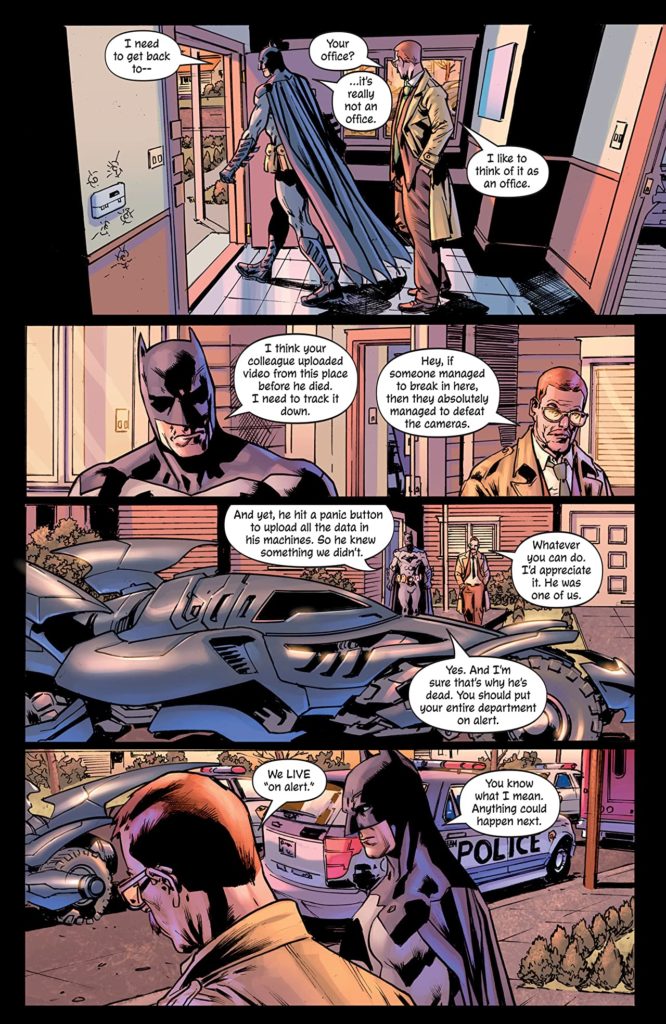 Batman comes in a few different flavors regarding his interactions with his allies. There’s the dickish abrasion and distrust. There’s, of course, the solemn moodiness because the previously mentioned dickishness might not have been the best technique to maintain these relationships. Then there’s the more lighthearted Bat that the particularly close allies get to banter with. The Batman here was the butt of a couple jokes about the Batcave and his name. The drama of the story wasn’t lost in comedy, though. Ellis weaves an interesting comic showcasing Batman and Alfred’s strategies to find their target. The panel of the comic was a page of four panels with Batman slowly walking down the street in broad daylight. This comic clearly picked the kind of story it wanted to be and performed well.

Reading The Batman’s Grave? Find BNP’s other reviews of the series here.