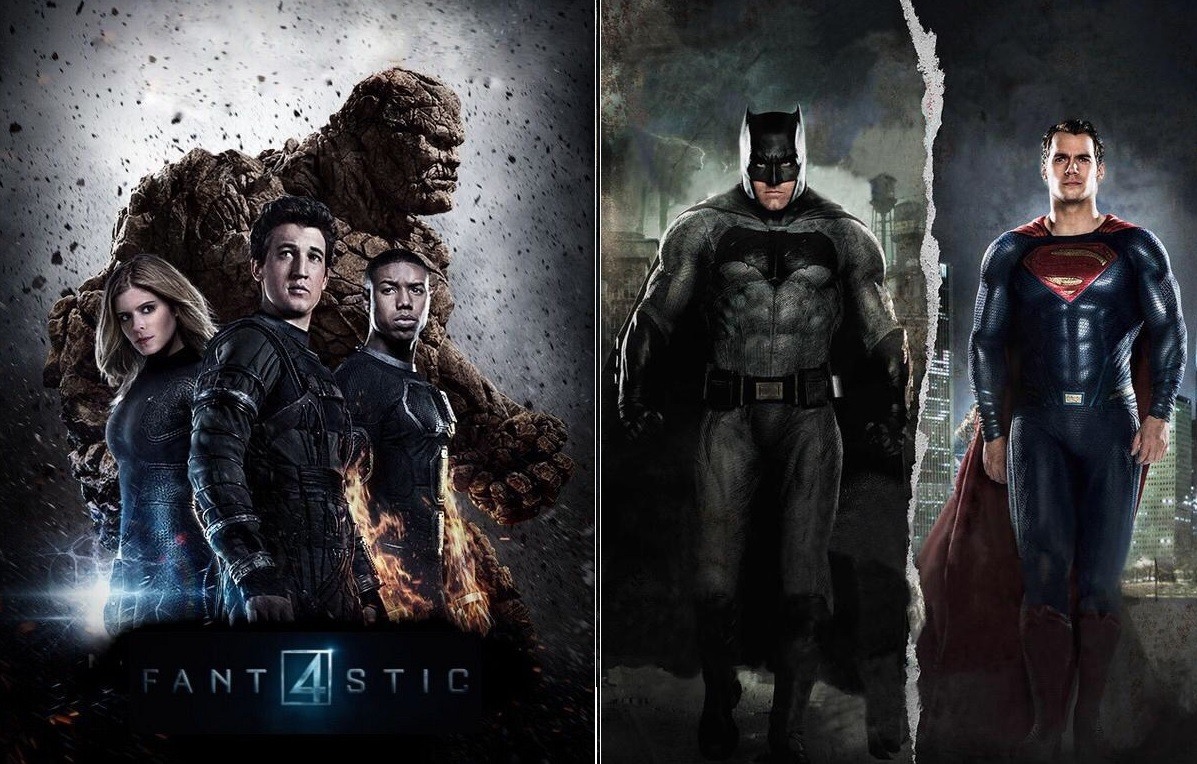 When discussing the worst of the worst the are measures one must take. Parameters, if you will. Those boundaries went out the window when Ja-Quan declared that the Fantastic Four 2015 reboot was worse than Batman v Superman. Which brings us to this installment of Battle to the Bottom (phrasing) because, good sir, I say thee nay.

I’m here to set the record straight on that fox news fact. Fantastic Four bad, but Batman v Superman is a whole ‘nother planetary scale of “I spent money on this?”.

“That’s how it starts. The fever… the powerlessness that turns good movies ass”

Lemme start this dispute by saying, I never saw the Fantastic Four reboot and I know Batman v Superman is still worse. Three facts tell me it’s the better movie. The fact that, similar to a wild Pokemon, a shirtless Michael B. Jordan appears, There are two Black people in the film, and the runtime. My guy, Fantastic Four is an hour and forty-three minutes in length. Batman vs Superman clocks in at three hours and three minutes. That’s a tough mudder race. I feel like I can rest my case there but you being here means you’re a glutton for “some shit like ‘what the fuck?'”

You know when you fast forward through a wack rapper’s verse or edit’em out of the song entirely? That’s Batman v Superman. It’s the rapper that ruins a halfway decent song. When recounting this movie I mentally re-enact scenes from Memento cause on a daily basis, I try to forget that I’ve seen it. I feel like Bucky Barnes being asked for Mission Report: December 16th, 1991. I really don’t want to talk about Mission Report: March 25th, 2016 aka the release date of Batman vs Superman because the way my PTSD is set up… but here we are, so let’s proceed.

“Fuck your continuity my G”

Did you know that the study of maps is called cartography? Why do I know that? Because Batman v Superman placed Gotham City right across from Metropolis, only separated by a small body of water. You could literally see the Bat Signal from Metropolis. There’s a scene of Superman looking over at it. This may seem a small gripe but think about it, if they’ve been that close all these years, Does Superman not go to that side of the train tracks? Is Superman waiting for gentrification to save Gotham? Is that the true hero Gotham deserves? Gotham is a waterfront property in this universe man.

Was Batman supporting the NRA oooooor? 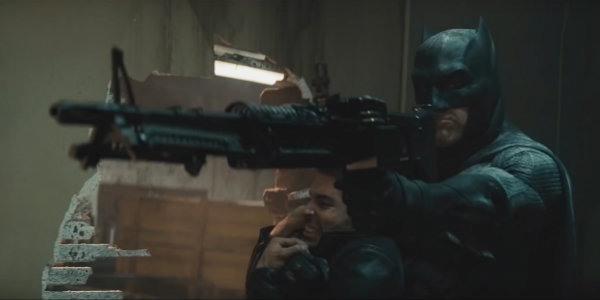 Dude, Batman was pulling out the choppa, the nina, the oowop, the banger, the super soaker, the Nerf N-Strike Longstrike CS-6 Dart Blaster (Discontinued by manufacturer), the heat, the toast, the yapper, and every other iteration of a gun in this movie? We goin’ gloss over that? The liberal hero (with Republican money) that has a no gun policy was out here acting like he was in the Bobby Schmurda “Hot N****” video. Dude had a Juelz Santana’s verse from Dipset Anthem on repeat for the entire movie. Specifically “He understood me quite clear // then that thing bang and out and rang out the side of his left ear”

The man rescued Superman’s mom, Martha (we’re going to get to that) by shooting up where she was being held captive. He legit did a drive-by in order to rescue Martha. Batman dropped more bodies than Pablo Escobar in the first season of Narcos. I’m not complaining but Bast damn, Ben. We’re just goin’ turn a blind eye too all them guns and killing, huh? Bruh threw a whole ass piece of Cargo at a man’s head and killed dude on impact. Dude’s deepest thoughts are still smeared on that wall…but okay.

“My Mom is my mom is your mom
Him, this his moms too” 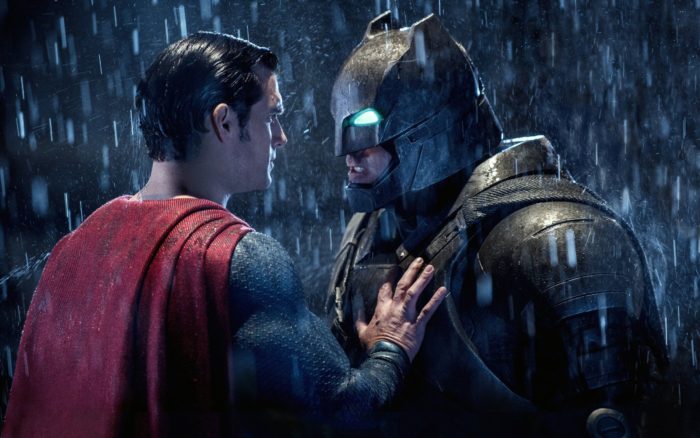 Look, man, there’s a lot I can put up with. Sure, Fantastic Four’s Doom looked like Shredder after he got crushed in that dump truck by Casey Jones but at least that was an actual villain. The Mark Zuckerberg American Psycho version of Lex Luthor? Not my cup of grape juice but whatever. Zod being Doomsday and looking like a puddy monster from Power Rangers? Not my budget being wasted on vaseline smeared CGI. Have at it. But when you have two of the biggest icons in comics fight, finally duking it out in a live action sequence just for it to end because they both happen to have a mother with the same first name of Martha. .. fuck you, dude.

Superman told Bruce he better not light that bat signal up again unless he wanted that pain. Batman lit that muh fucka up and stood in the rain next to it in a mech for like forty minutes waiting to drop the fader on Superman. If he was really with the shits, he woulda been like, “Oh your mom’s name is Martha too? Small world. *Stab!*

So, you just look at pictures on Tubmlr?”

I saved the one shred of hope this movie had for last because it’ll hurt more realizing how it was snuffed out. Wonder Woman. We’ve waited for how long for her to appear in her own movie? How long for the most iconic woman and warrior to show the boys club how it’s done? They had Wonder Woman debut on the bench, man. I felt like I was playing NBA 2k and trying to insert a cheat code to get her off the pine. Sure, she was in that big fight against “doomsday”. I mean the CGI was so bad that it looked like they were all fighting inside a kaleidoscope.

Just, remind me what Diana’s major amount of screen time was prior to that? She was on her laptop, on Tumblr, reblogging posts. A 76-year wait culminated in her cleaning out her cookies, deleting browser history, and downloading documents from Bruce Wayne on a bright ass screen. This woman is a killer and they really had her out here reading Buzzfeed articles and unzipping RAR files. This is how the patriarchy/ glass ceiling loves us back, man.

There are plenty of bad movies, but when your movie becomes the bar for terrible in the genre of superhero movies? When it’s “yeah it was bad but it wasn’t Batman v Superman bad”, there’s no coming back from that. Marvel studios was feeling bad for Fantastic Four, saying “damn we gotta bring our troops home.” DCU dropped Batman v Superman and did the Fresh Prince Will Smith, “Why they don’t want us, man? Why the fandom don’t want us, man?” There’s no comparison on the level of terrible my guy.

Folks walked out of Fantastic Four saying “wow, that was bad”. I’m still meeting with the crowd I saw Batman v Superman with to this day. I know every audience member from that theater by name. We had to form our own support group. Don’t talk to me about horrible until you’re PTSD matches mine, man. This is the pain Olympics and Batman v Superman is taking gold in every event.