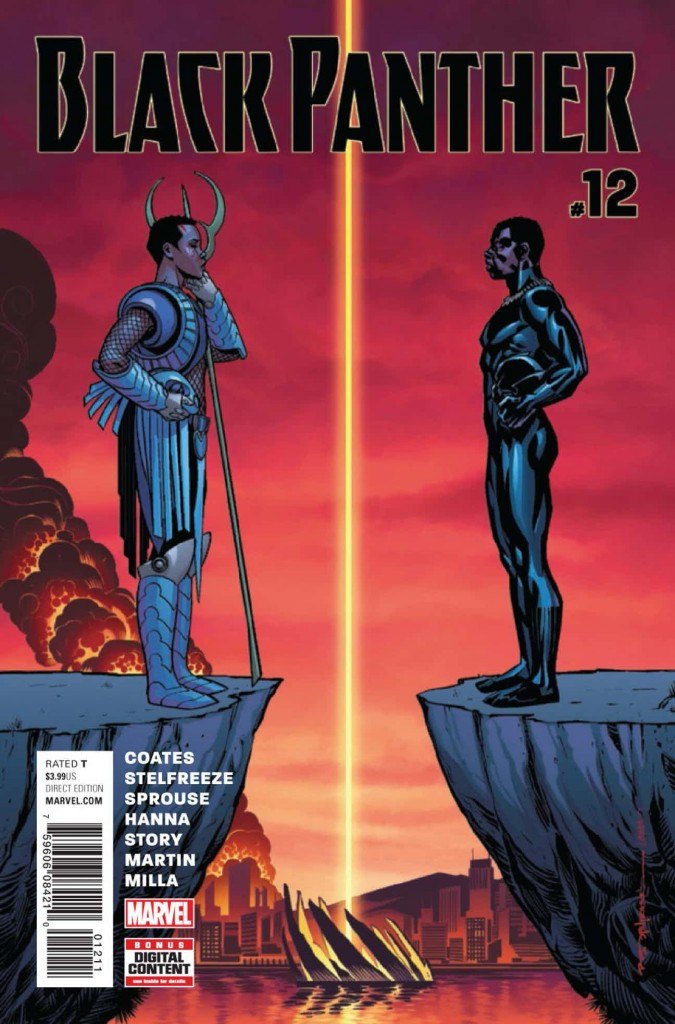 Ta-Nehisi Coates’ time writing Black Panther has been quite divisive among fans. Still, it’s hard to deny that the author of Between the World and Me has deftly carved out a cerebral, timely piece of mythology that is guaranteed to help define the character for many years to come. Fortunately, even with a couple of bumps in the road, “A Nation Under Our Feet” ended as powerful and emotionally resonant as it began.

Since issue #12 serves as more of the epilogue to this epic political thriller saga, there’s no real action to speak of. In the wake of the battle between Wakanda’s warring factions, the nation’s political leaders hold court to figure out what their home shall become. It comes across so realistic due to the fact that the war isn’t over just because the armies have stood down. The claws are still out and the verbal jabs hit their mark. Some critics tend to hold the book’s verbose exchanges against Coates, but quite honestly, these “fate of the country” conversations are what should make or break your narrative when your protagonist is a king.

Coates has his characters matching wits on a Game of Thrones level that (though every reader may not be ready for it) is long overdue for a mainstream superhero of color such as the Black Panther. Coates doesn’t necessarily answer every single question, but he leaves some things to the imagination and ends some others things lingering in soap opera “will he/won’t he” fashion. Artistically, Chris Sprouse and Brian Stelfreeze joined forces for the finale which turns out to be a superhero team up all its own. These two have been working on the Coates run from the beginning so it makes sense that these two excel when it’s time to play off of one another’s styles to create tense situations and intimate, lasting moments throughout the story.

Bottom Line: Coates crafted an appropriate ending to a story that introduced a smart, self-aware, noble hero of color for a new, savvy generation.