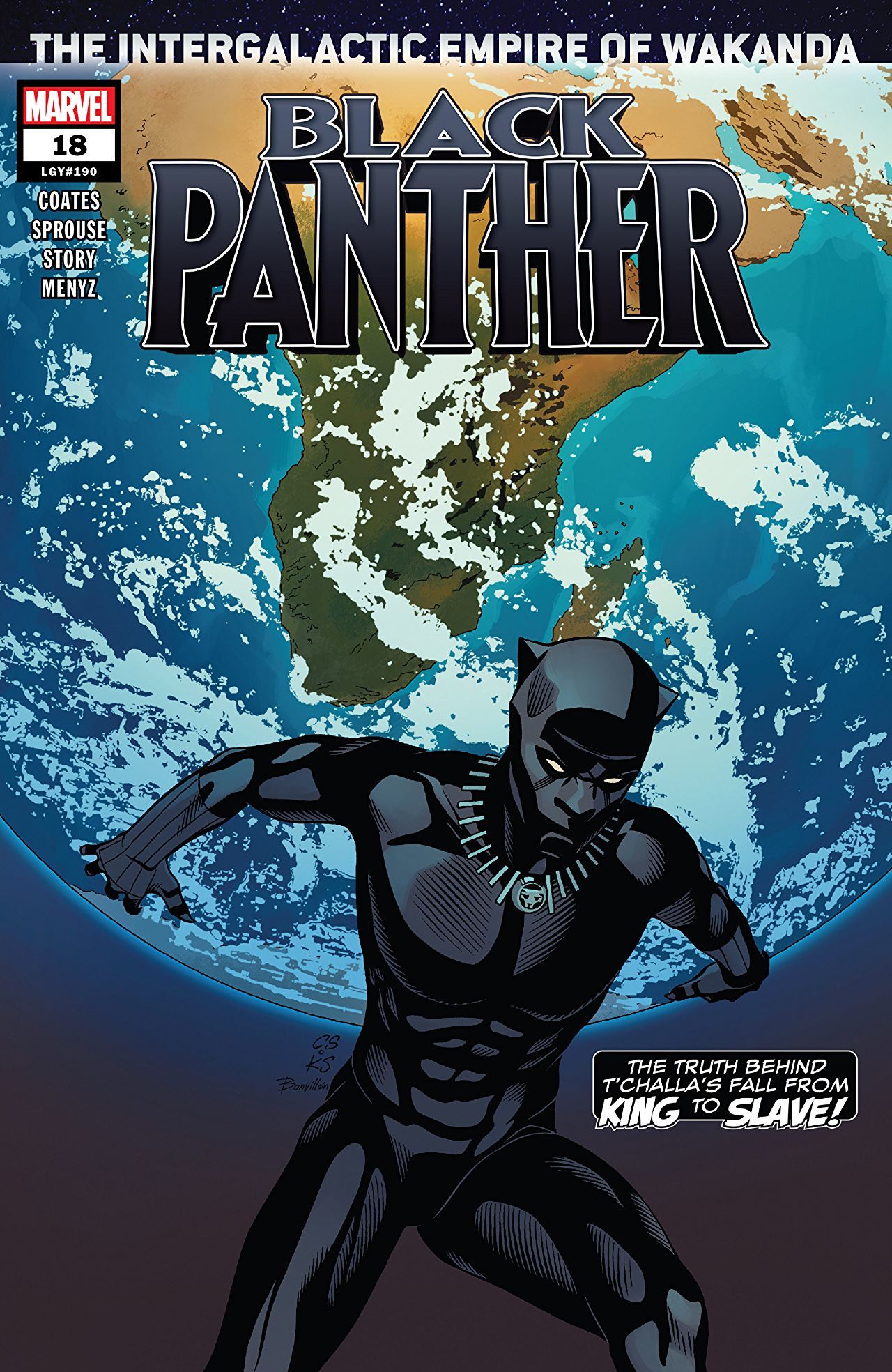 At this point, it almost feels like I’m playing Captain Obvious in saying that Ta-Nehisi Coates is doing some world building the likes of which I’ve only read in classic high fantasy novels. It’s just that it’s only dawning on me after reading Black Panther #18 how much of it is being brought to fruition.

This issue spends a majority of its time with Team Wakanda defending their home after having the Space Wakandans bring the fight for the universe home to Earth. However, Coates still takes time to have an important discourse between T’Challa and his family. At first glance, it feels needlessly escalated, but honestly, it’s a conversation that needs to be highlighted in the service of making T’Challa’s hero burden apparent. Also, it offers a little flavor to Shuri’s character to show how absolutely annoyed she is to be carrying T’Challa’s water once again. 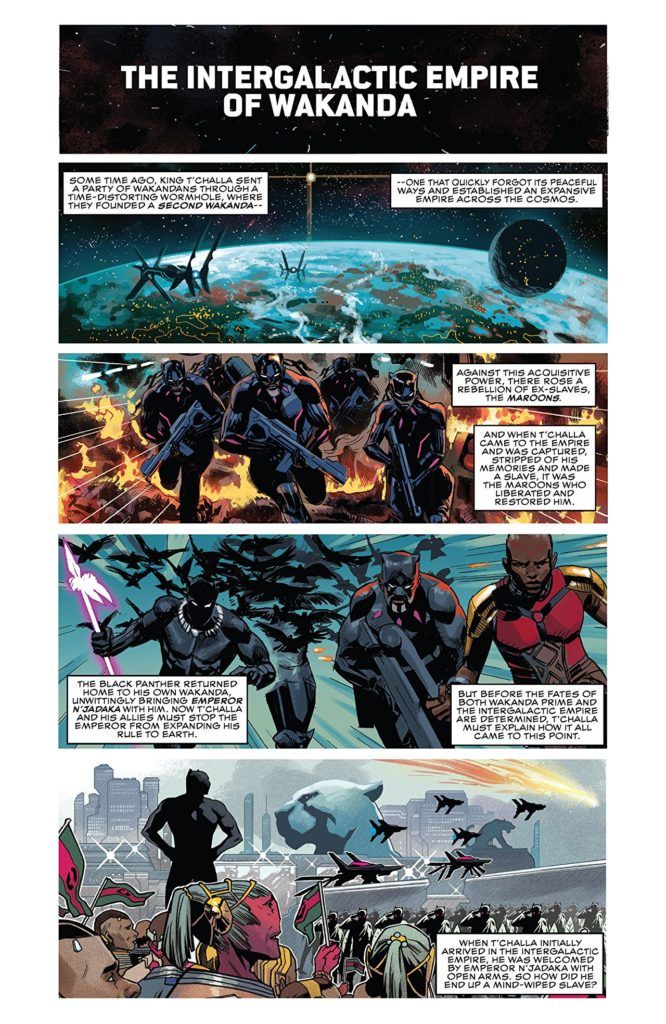 All in all, this story arc has been an intense ride that couples fun action with tense ideologies squaring off among the good guys as well as the bad, and issue #18 is a really dope representation of what Coates has brought to the mythology in the recent years that T’Challa has ascended to being a marquee character in Marvel’s pantheon. Ryan Bodenheim’s artwork look terrific in this issue as well. The action beats all look appropriately epic and the faces all look every bit as intense as Coates’ script intended. I am convinced Shuri’s fed up look at the family meeting is going to be a hilarious meme somewhere along the way in 2020.

Bottom Line: The galactic action clashes with ground level slugfest fare but remains no less epic. Coates is on a roll and shows no signs of stopping the momentum.