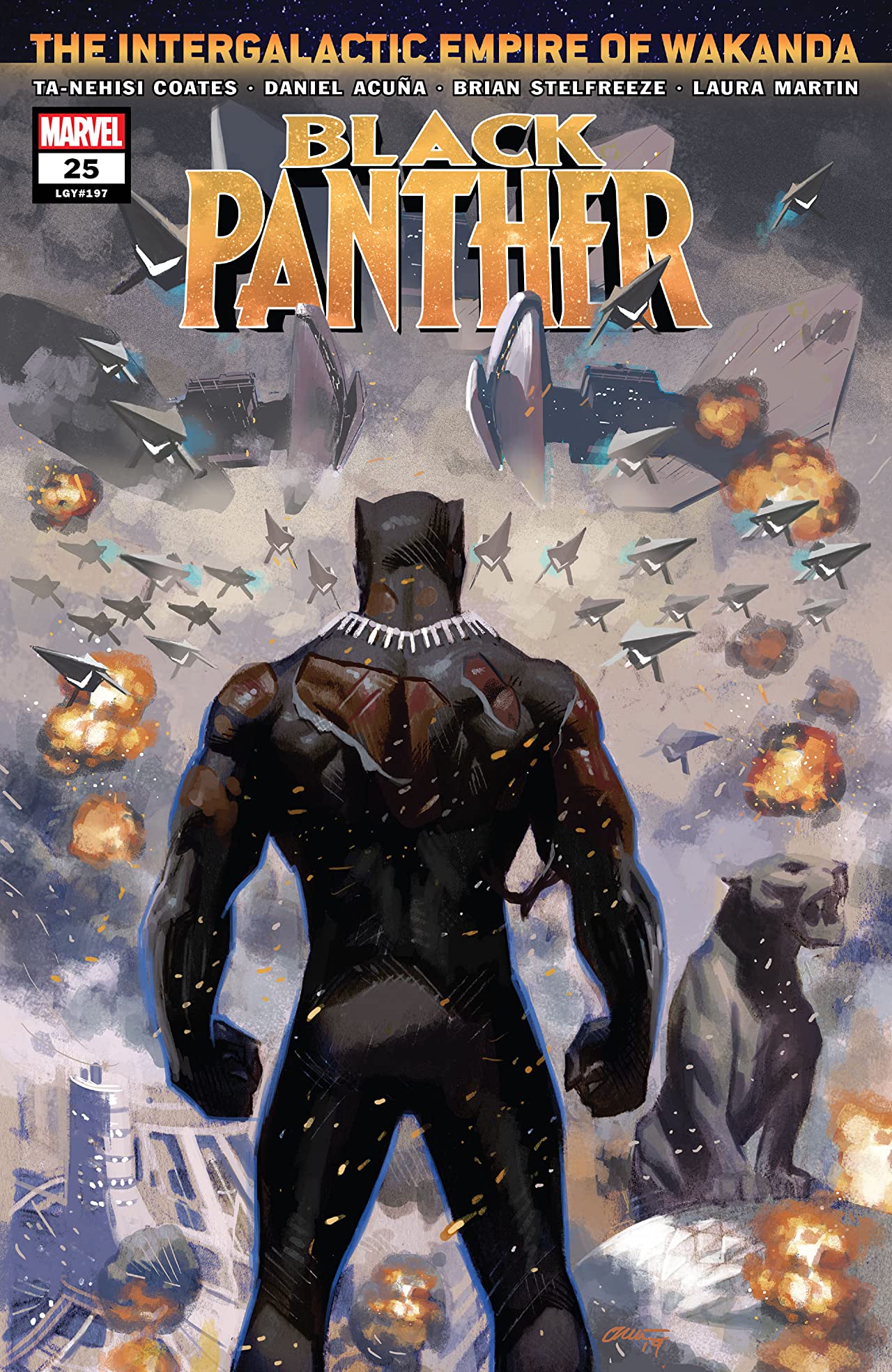 Ta-Nehisi Coates has led us down a long path that has altered and enhanced the Black Panther’s rich mythology for better and always. And now Black Panther #25 brings Coates’ epic Afrofuturism saga to an exciting, heartfelt close.

Black Panther #25 is the final battle in OG Wakanda’s war against their intergalactic counterparts led by the symbiote emperor N’Jadaka. With every resource and every ally he could find by his side, it’s a brutal conflict for T’Challa, much of which is depicted in large panels that could all individually be gorgeous splashes. The issue and, ultimately, the book choose to tell a nuanced story of a hero who struggles with the idea of living with the legend of his own deeds. And the compromise he’s offered in the end is a lesson that can be taken out into the world: Nobody gets it all right, but if you’ve done more good than bad at the end of it all, it’s okay to accept your win. On top of that, Coates uses his finale to zoom out and show us the big picture of what he really accomplished with his time writing Black Panther.

Since he started and also thanks to the success of the film, Wakanda has become more than just a fictional nation or empire. It’s an ideal to hold in our hearts for the camaraderie among People Who Look Like Us. Black heroes aren’t just shown fighting together. We get to see them laughing and existing together outside of conflict, living their best lives. Daniel Acuna and Brian Stelfreeze did what I can only describe as a Steven Universe crystal gem fusion to make a beautiful book that allows for stories within this story that offer different looks and vibes that take you through all the emotions that come with the resolutions to these plot points.