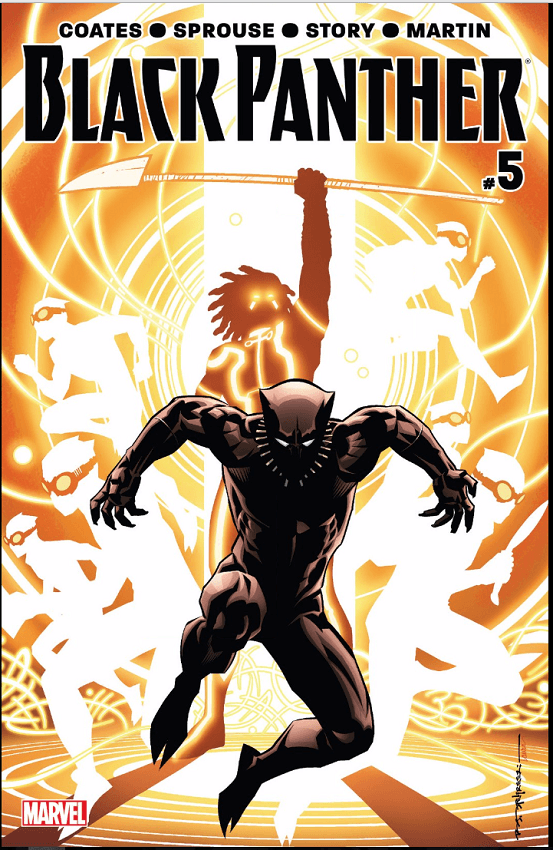 As we begin the second arc of Black Panther and we are now five issues deep into Coates’ first ever venture into writing a comic book, it is now a legitimate question to ask if this is one of the best comic books active today. My answer? Yeah, it probably is. I have a hard time finding an argument that this isn’t at least Marvel’s best book, who happens to have a pretty strong line-up at the moment as well. I often give praise to Jonathan Hickman for his world-building capabilities, how he can create not just a person or a situation out of nothing, but how he can construct a galaxy on a whim.

Coates has done the inverse of that, taking a known entity like Wakanda and reconstructing it as a living and breathing entity; a character unto itself who we want to root for and see it find redemption. In previous Black Panther books, we’ve cared about Wakanda as the monolithic symbol of a prototypical nation to be envied. In this run, Wakanda is a patient with failing health that we want to care for and see nursed back to greatness. It’s that investment in the country that makes this run unique beyond just the hero-king that runs it. 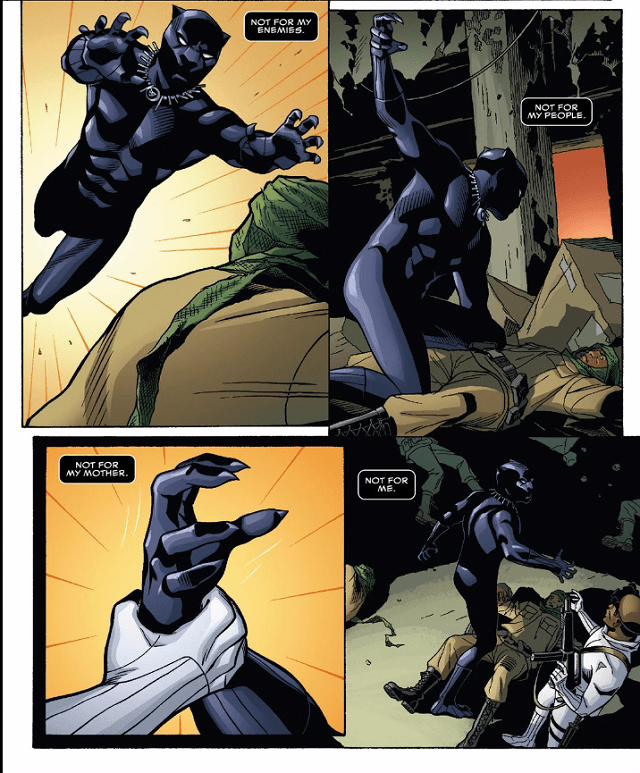 Which isn’t to say that T’Challa is background in this issue as it finds him at perhaps his most authoritative. After the terrorist attack on the golden city, T’Challa is done playing games and has went on the offensive to root out the suicide bombers that is not only killing innocents, but is underlying his claim as King. As he states, “A king who cannot protect his people is simply not one.” The seeds have been placed to root rebellion in Wakanda and he is trying desperately to stop them from growing. There are some very cool additions to this issue, especially the appearance of Manifold and the wink towards Secret Wars and Times Runs Out runs from Hickman. But what takes center stage, is Coates’ use of prose and the navigational use of storytelling from T’Challa’s perspective.

From the onset, Coates has used a higher register of language for T’Challa and his narration, but this issue may prove to be his most proficient. T’Challa has never appeared both this regal and simultaneously informative to the reader. It is a near perfect re-creation of the character we’ve loved for years: Brilliant, ruthless, self-confident and above the mortal men he sits among. 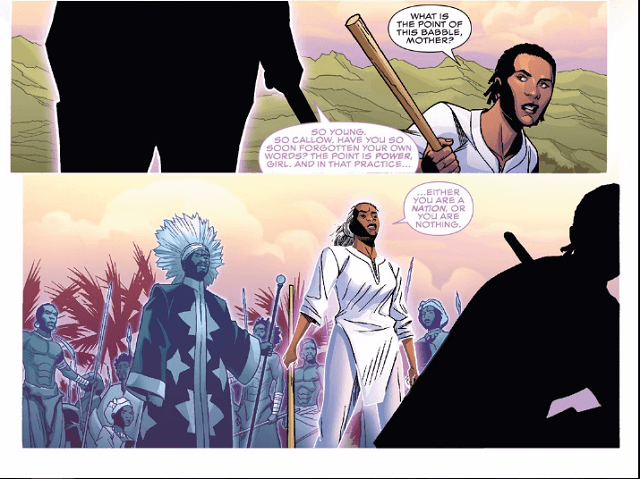 Stelfreeze is off for this arc and while you don’t replace his genius on this particular book, Sprouse fills the gap pretty damn well with minimal drop off. Sprouse shows great versatility between the interior and exterior moments of the book, especially with some superb character detail. The images of Shuri in the Djalia look great as well, as the art really underscores the great story told by the visual form of Ramonda.

The story continues to barrel forward into darker territory as we root for both T’Challa and the country of Wakanda to root out those who do them harm. You are about four issues too late if you don’t already know that Black Panther isn’t just the result of hype and meeting those expectations, but also a book that is truly special in its relevance and artistry. Those of us who have ached for a good Black Panther series are being treated to more than we probably anticipated.