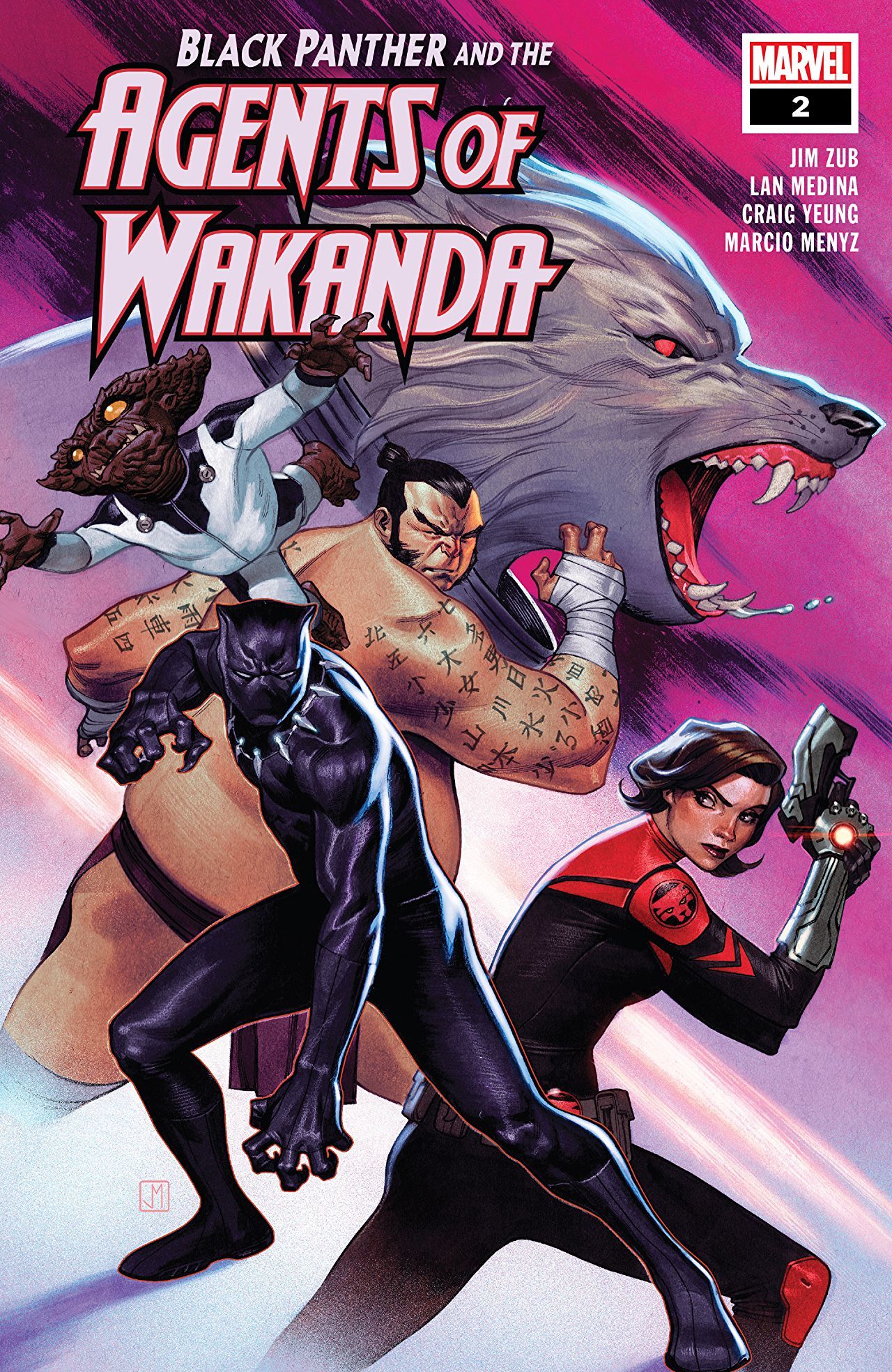 I. FUCK. WIT. FAT COBRA!!!!! The second issue Black Panther and the Agents of Wakanda put my fear after the first to bed. I really didn’t want to spend five issues with this team fighting Sentry demons in Oklahoma. Instead, Zub concludes a concise, two-issue intro by showcasing the inner strength of three of the characters. The team fights through the black demon monsters and are met with illusions of their fears and insecurities. At the epicenter, Fat Cobra confronts the seemingly unaware Sentry who has merged with the Void. 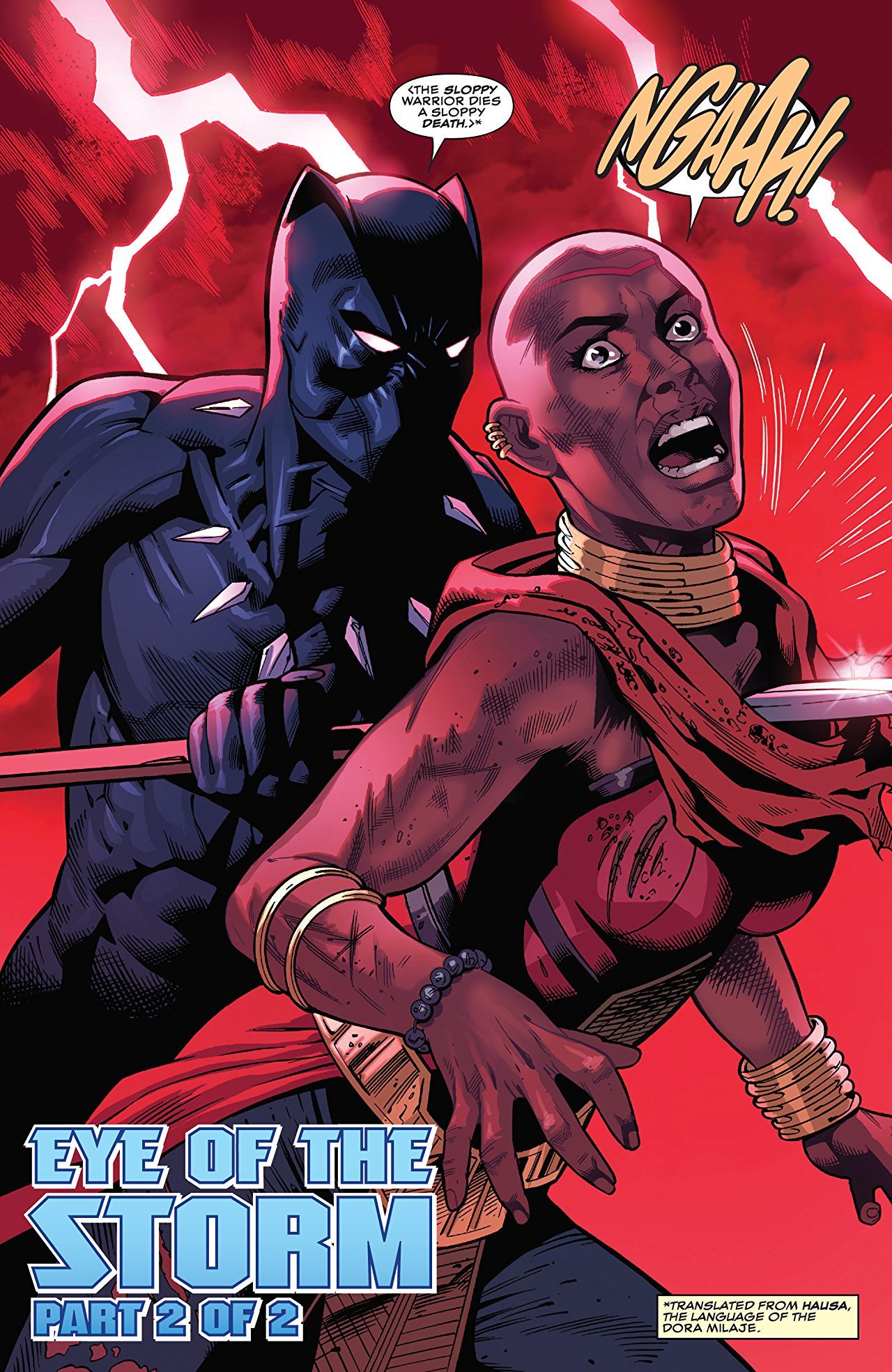 This issue shines by having Okoye, Wasp and Fat Cobra faced by insecurity and regret but quickly overcoming it. Wasp’s nightmare is particularly striking. She’s confronted by her abusive ex-husband, Hank Pym who is merged with Ultron. The theme of accepting and rising above inner weakness makes this a surprisingly inspirational issue. I am in the middle of “Seis Manos”, so plus sized characters are getting extra love from me. It follows that I’d be most captivated by Fat Cobra’s confidence. There is a vein of body positivity in his embracing ‘Fat Cobra’ as well as my favorite nickname, The Iron Stomach of Olympus.

There’s a bit of humor in this book in that the title character in this book isn’t faced with any inner demons. The reason given is protection he receives from the Black Panther suit but I’m skeptical. It could have been for the sake of time, but my preferred theory is that it’s hard to think of something a mature Black Panther would be convincingly shaken by. The conflict is resolved as all should be; energy blasts, hammers and eating. Next issue promises to utilize Broo and Gorilla Man so I’m all the way psyched.

8.5 “Exploding Palms of the Ravenous Redeemer” out of 10

Reading Black Panther and the Agents of Wakanda? Find BNP’s other reviews of the series here.