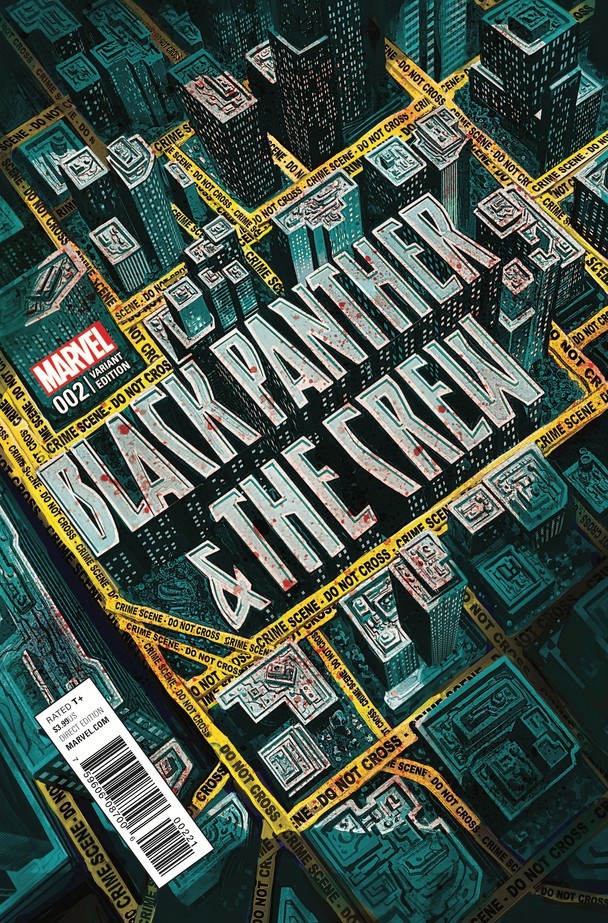 I am fucking with this book so heavy. I’m fucking with this issue so hard right now. We get a switch in the narrative as the story is now being told from Storm’s point of view this issue as she and Misty continue to investigate the death of Ezra Keith, a community activist and former superhero. We get to see Storm be the muscles this time around without so much as having to lift a finger and then we get a bit of the back story into just how Storm got acquainted with Ezra.

On top of that we get a look back at just how Ezra got the means to get his crew The Crusaders together. We’re getting glimpses into where it all started and a conversation at the Asian-African conference in 1955 Bandung, Indonesia plays a key role in that story. Once Storm and Misty get a better lead that then ties in someone they both know, shit starts to pop off, early!

Now, lemme tell you what mades this issue so flames. Lemme tell you what mades this shit right here make my inner creative get up and do a death drop. Harvey and Coates did their homework on Storm. Harvey and Coates delved into the back issues of the 1988 Australian-Era X-Men and locked themselves in a room doing 5 beats/drafts a day for three summers as they didn’t retcon Storm’s past but added on to her mythos instead.

Grhmmmmmmmmm *rapper growl when they hear a sick beat* no more retcons, yo. The new wave is adding onto the story. That’s such a beautiful loophole of world building that these two creatives use to have Storm presently explaning to Misty just what she did during this “blank” year of the X-Men that lead her to Harlem’s community and Ezra Keith’s family. A very big topic in this issue is between the two struggles of being Black and a Mutant that Storm has to deal with. We’ve gotten those fireside chats of Storm talking that Mutant activism talk (that can serve for an analogy of the minorities struggle at times) but to finally hear our girl talking that talk about the Black struggle side was that real shit I’ve been waiting for. 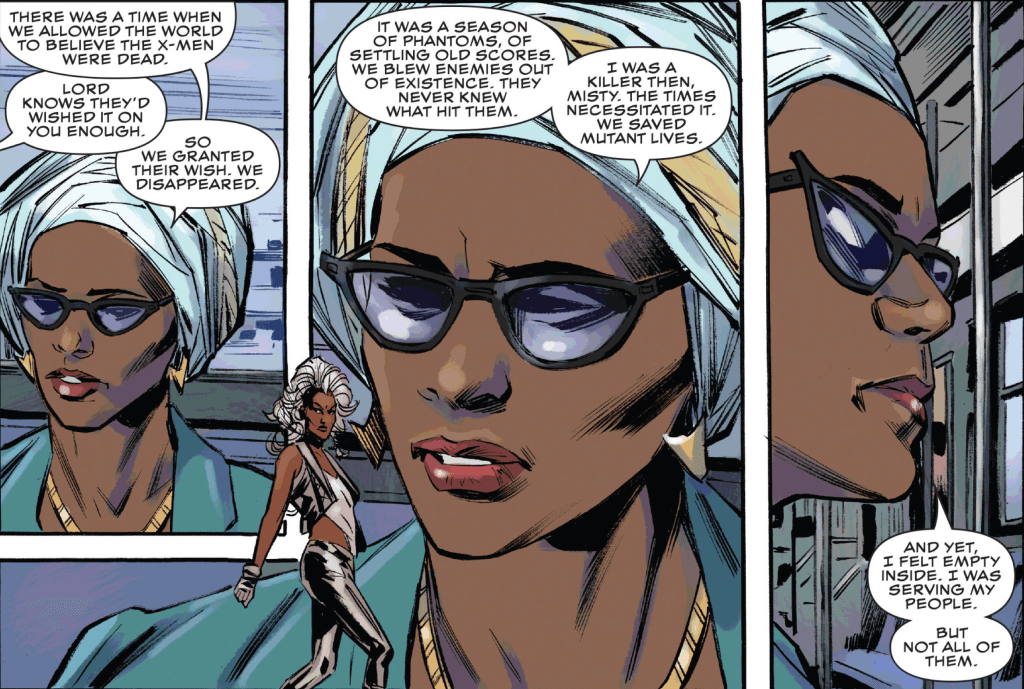 Especially that it’s Storm and Misty talking is what makes this amazing, as well because they are two Black women from two way different parts of the Marvel Universe. Storm has a bit of dry humor that works well with Misty Knight’s hard ass, straightforward humor (her politics seem to be on some other ish from her norm in these past two issues tho). I enjoyed Gucie’s depiction of Misty and Storm’s dynamic throughout this issue as well. This felt like a team up between associates as well as them getting to know each other’s personality and views organically.

So far, Black Panther & The Crew is CSI: Harlem meets the super power of Black girl magic and they’re doing a damn good job with the execution. Harlem is unveiling its own history of heroes from the Golden / Silver age of comics that we’re seeing our present heroes discover and it makes for a truly original and unique story to take in.

9.8 Intersectional Hood Lectures out of 10