type in your search and press enter
1.7K Shares

The cook out is canceled. We’re all meeting up in Wakanda and the password to get in is having melanin. The new, I said the new official Black Panther trailer dropped. Shit so official it’s rocking whistles and black and white stripes. Shit so official, I pinned a co-worker after watching it and a 3-count started.

Listen to me when I say, we got a glimpse of Wakanda, We got Ramonda (Angela the god queen herself Basset) in Wakandan wardrobe. Everett K. Ross (Martin Freeman) telling T’Challa, “I done seen gods, aliens, and things I can’t explain, but the shit y’all Wakandans on? This shit y’all Wakandans cookin’ up right here? What is in this? Oh my word, is that Gil Scott-Heron I hear?”

Yeah, Everett it is, cause only the hard shit is bout to happen right now when Marvel out here doin’ right by Wakanda (cause the consequences would be so dire). This shit looks luxurious, this shit looks Bobby Roode level glorious, Wakanda lookin’ like the future Black people want right now. We’re seeing the King T’Challa (Chadwick Boseman) is about to become but there’s fucking trouble cause Erik Killmonger aka N’Jadaka if you’re nasty (Michael B. Jordan) is out here trying to fuck up T’Challa’s reign. Kilmonger been out here trying to get revenge. Teaming up with Klaw. Visiting the MOMA, apparently? Then challenging T’Challa for the Black Panther title, in his own damn suit? Did this guy steal the gold Panther suit? That’s worse than stepping on someone’s Jays. You can’t be out here rocking T’Challa’s shit! The uncouth of it all!

Now, I’m no florist but if we look at the agricultural landscape of Waknada on more gain’…are we even kidding with the scenery here? The TLC waterfalls, the ones you are not supposed to be chasing are out here? Also, what are we even talking about with the technology Wakandans got technology that ain’t even out yet cause it’s exclusive. Wakandan exclusive.

Shuri is out here in the whip from Tron and I’m mad as hell cause all we got in America are those Jetson escalator walkways at the airports. The future sucks over here, man. Shit is pathetic. They even showed the fucking ancestral plane! Their spiritual world even better than our shit over here. I ain’t trying to see a preacher giving folks the holy ghost by nailing them with his coat, I want that Wakandan spiritual plane!

But back to this gangsta shit, *Sam Wilson hand rub* Yeah, I’m fucking with this Black Panther trailer because not only are they giving us T’Challa with the reverse stripper break away panther suit, they got the vibranium flowing too? They got T’Challa with the purple vibranium glow right out of the comic books. T’Challa got the Mace Windu bright lights? The purple blessings from Prince, if you will. You’re not messing with that shit. When a Black person rocks purple on their persons? It’s over. You’re done now. The vibranium ting go “skrrra pap pap ka ka ka skidiki pap pap and a pu pu drrrr boom SKYAA du du ku ku tun tun poom poom” ain’t no coming back from that.

Black Panther drops February 2018. I’m buying my first and only pair of Jordans (purple) to see this movie in them. It’s a must now. It’s only fitting. Long live the king, long live T’Challa. 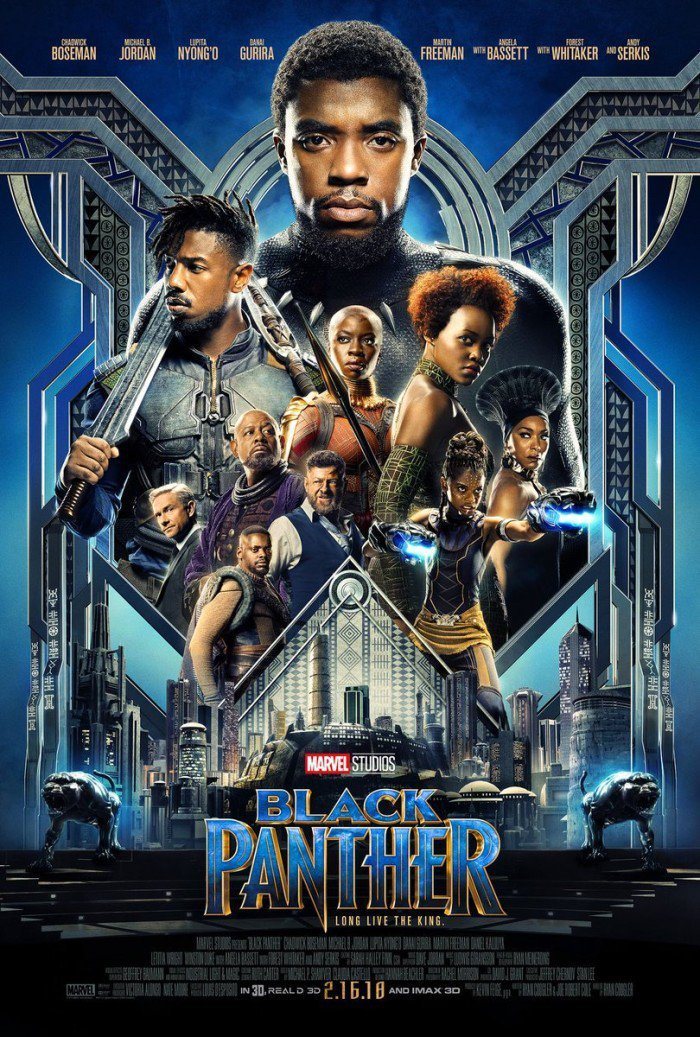