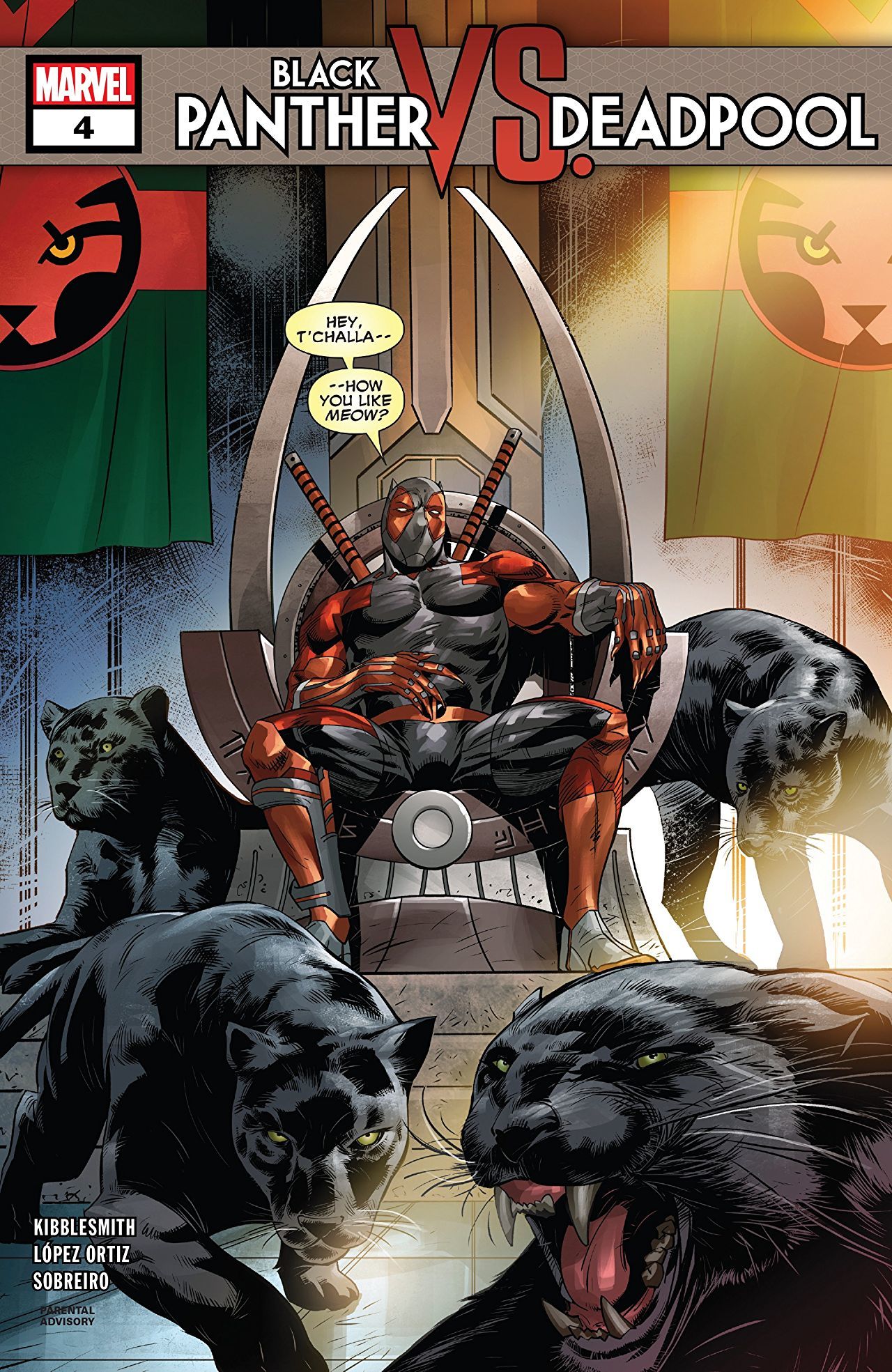 Alright, I’m breaking Kibblesmith managed to make the most annoying Deadpool I’ve seen in the last couple of years. This whole first part of this comic feels like a pair of two dads going on a dad-cation to Fiji. Where one of them brings the corny jokes, and the other brings the grill master shoes. The spontaneity of each Deadpool and the methodical nature of Black Panther combating each other, I can’t take it. Wade learned plenty from T’Challa, understanding the limits of his powers and understanding the expansion of T’Challa and Wakandan intelligence. T’Challa has learned to think more on his feet and understand how to deal with situations that breathes chaotic neutrality.

But even then, problems arise from the dust. 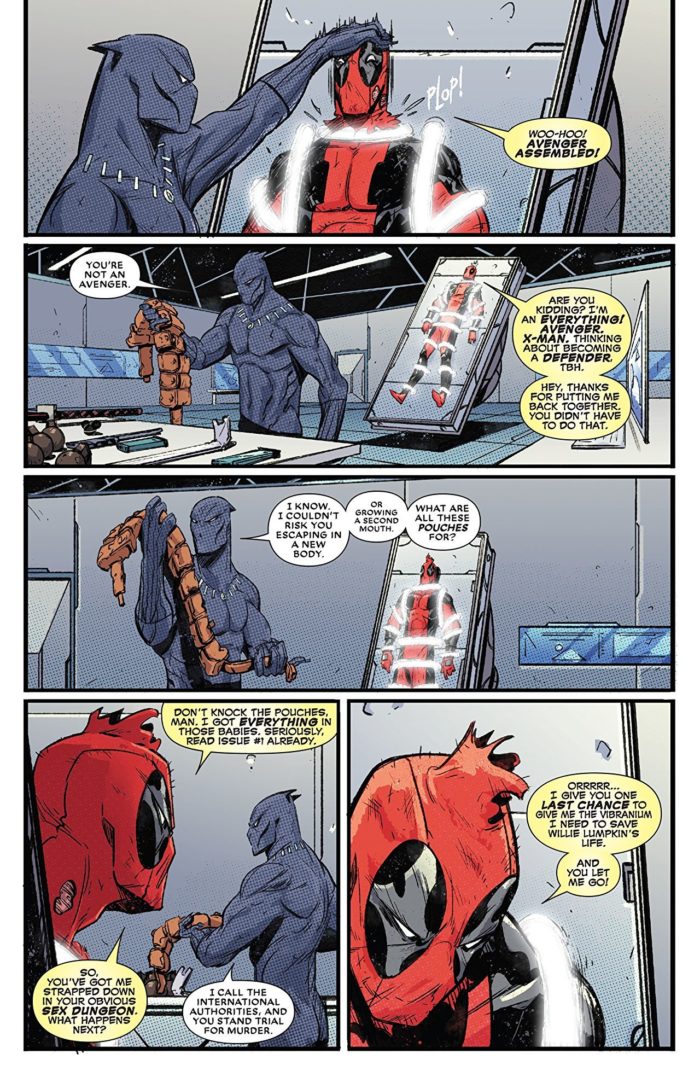 The Black Panther vs Deadpool team taught me how to appreciate losses. Because honestly, throughout this whole comic I kept shouting “No!”, “You should’ve known better” and the classic “DAAAAAAAAMN”. Granted you can be with someone for a whole month and learn absolutely nothing. Having tunnel vision distracts folks from the real dangers on the outside corners. What does that teach us about recognizing the faults our enemies to an advantage of while we were distracted?

One thing I genuinely wish to see more of is Black Panther’s self-reflection and what he has to lose. The consistent idea of Deadpool has nothing to lose because he has nothing comes up frequently within the comic. T’Challa won’t die if Deadpool gets a hint of Vibranium. Granted it goes against his morals because Deadpool is not the perfect “hero” we imagined.

We see T’Challa in “NO” mode from the jump. It doesn’t seem as if he has assessed all the issues before him and the line of hero vs villain is not as blurred as it should. It feels like depending on character bias you could lean on either side. In an experience like this, I should be cringing for rooting for either side.

Reading Black Panther vs Deadpool? Find BNP’s other reviews of the series here