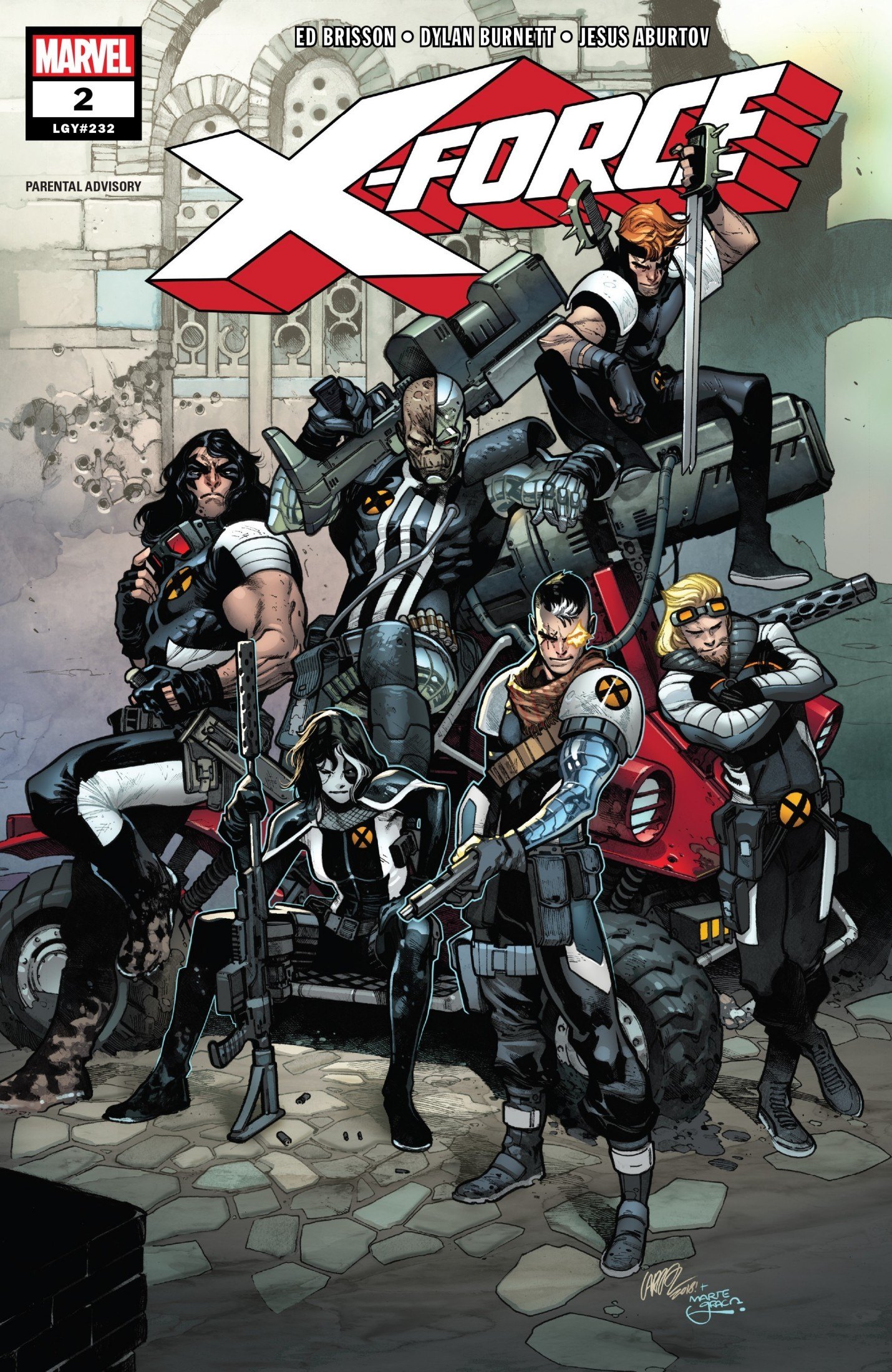 “The Rules have changed. This is War.” – Warpath

The X-Men are MIA, but X-Force is still out there making sure the world is not safe for bigots. While on the hunt for Kid Cable to bring him in for questions (or just some broken ribs) about the murder of “Old Cable,” X-Force becomes the scapegoats for the murder of Transia’s president at the hands of the country’s military head. Coup d’état season is in full effect.

In the previous issue, X-Force arrived in Transia just in time to save Kid Cable and his disassembled cyborg spy Deathlok from the Transian military. A happy reunion this is not, however, as Domino wants answers or blood for the murder of Cable at the hands of his younger counterpart. Before they can properly deal with that, the Transian government has made X-Force public enemy no.1, while turning their secret mutant genocide into a blatant holocaust. Unlike the resurrected Cyclops (see Uncanny X-Men Annual #1), X-Force still puts their own species first. 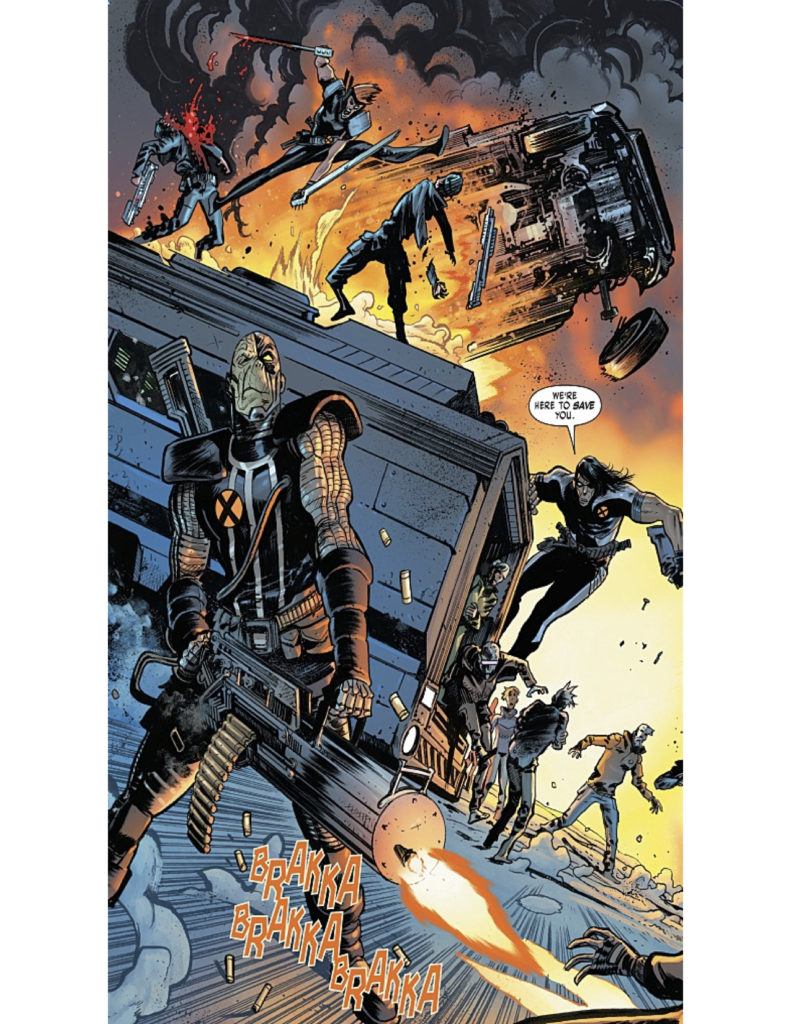 Kid Cable’s investigation into Transia was ignited by the realization that weapons from his future are in the hands of the hostile Eastern European nation. While Kid Cable and X-Force take care of the freed mutant refugees, the new leader of Transia visits his new captive  – Ahab, the leader of the Hounds. Marooned in the present after his ship was destroyed by the X-Men in the Extermination limited series, Ahab cooperates with the Transians while secretly repairing his own battle-damaged body.

Brisson and Burnett’s X-Force series succeeds for all the reasons the first ten issues of Uncanny X-Men felt so bloated and messy. Aside from Tom Taylor’s 2018 series X-Men Red, this new volume of the illest mutants around tops the current selection of Mutant-centric titles. While the plot points are vaguely familiar – dash of the film X2 and clear echoes of X-Men Red, X-Force remains singular unto itself for the sheer body count and ultraviolence.

Deftly weaving in topics of genocide and government corruption, the series revels in panels full of bloody action without sacrificing the individual voices and conflicts of each character.  While Warpath sets his blade to a Transian soldier, country boy Cannonball intervenes to remind him that “We’re not killers.”  At the same time, only a few meters away, Deathlok and Shatterstar kill any and every hostile in their way.

Visually distinct and tonally on point with a mix of cynical humor and a perfect roster, X-Force is the book to read when you realize protecting those who hate and fear you is a waste of time.

Get all your X-Force reviews right here.