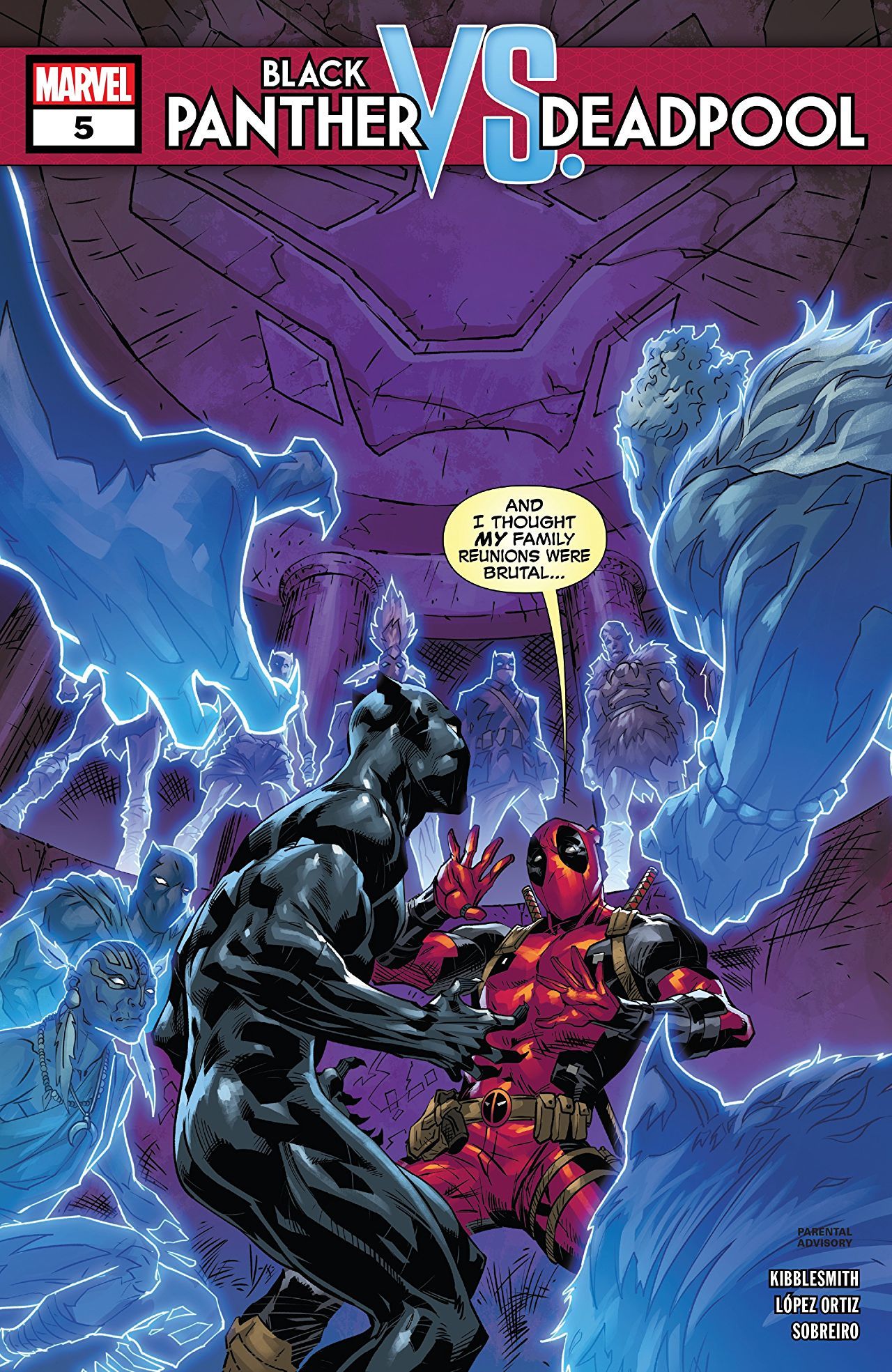 We begin the last installment of the Black Panther vs Deadpool limited series, with Wade disrupting the universe (again). Considering that T’Challa is fuming now, due to an unexpected explosion caused by Mr Pool, I bet readers are expecting a battle where T’Challa gives Wade the Holy Wakandan Slap that sends him three Panthers back. That is exactly what I assumed would happen but lo’ and behold, T’Challa is a calm wreckage. 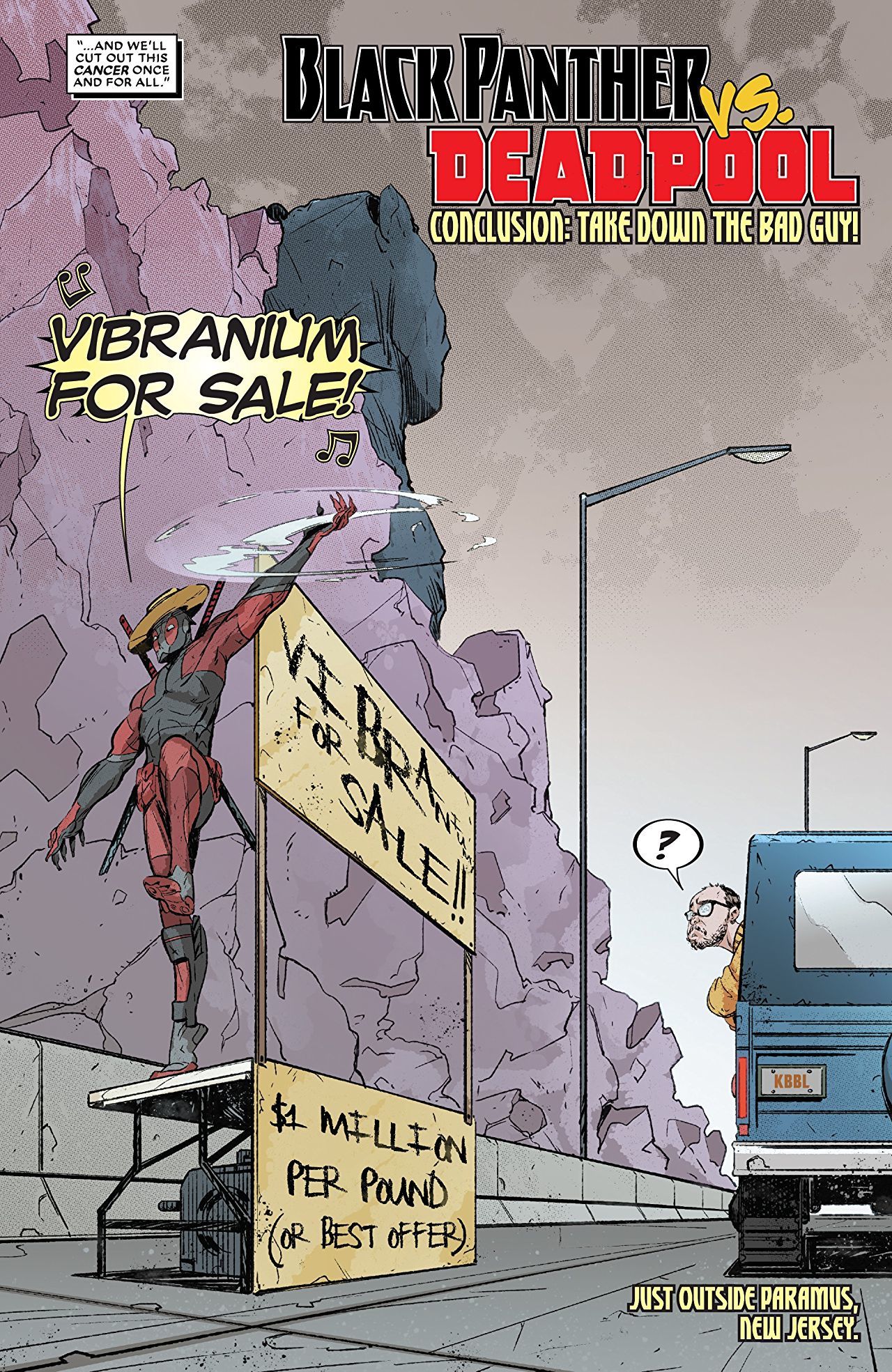 If there was one aspect that I enjoyed throughout the series was character consistency. Deadpool never stepped out of “Deadpooling” even when he built his knowledge by being exposed to Wakanda’s environment. Essentially he took what he learned and became more destructive. But what I appreciated about the cumulation of BP vs DP is Deadpool learning about his destructive nature and being open to the aspect of change.

Now at first I thought: Oh what a completely expected and slightly corny ending, but after looking back at it I believe the execution was interesting. There’s a difference between someone telling you about yourself, and then you learning about it on your own through experiences. This limited series taught me how to explore the variations of good intentions. Folks understand that good intentions without proper execution can cause unnecessary hurt and confusion. Black Panther vs Deadpool gave me insight to good intentions with toxic reasonings. 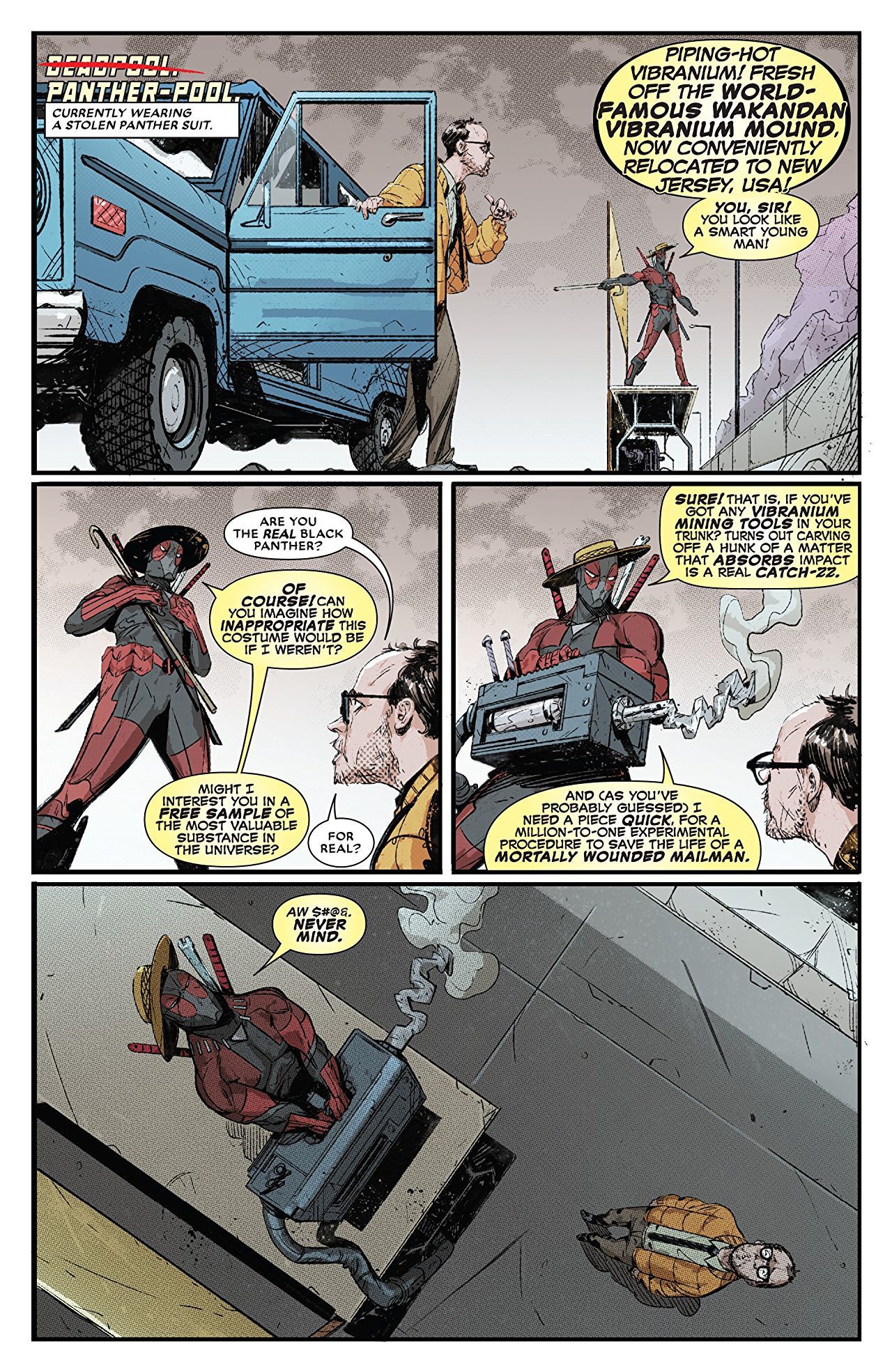 Who is to say that folks want saving? Who is to say that there is not already a system put in place when the worst comes to worse? Black Panther in this series highlighted self absorbency in the midst of a crisis. Recognizing your responsibility to protect is one thing, letting that crowd your judgment for your people and what you could do to “save them” in the future puts you as the central focus of heroism that survived before you were there.

The Kibblesmith-Ortiz team took the opportunity to highlight the brutality of two warriors attempting to save something important to them, that they end up being swallowed in this pseudo-heroic act. Consistently trying to save their separate worlds from one another or steal something they feel is necessary for the growth of their environment. I hope to see more from this duo in the future as the expressions and body language accompanied by the sharp wit honestly hit in every aspect, and exactly when it needed to.

Reading Black Panther vs. Deadpool? Find BNP’s other reviews of the series here.