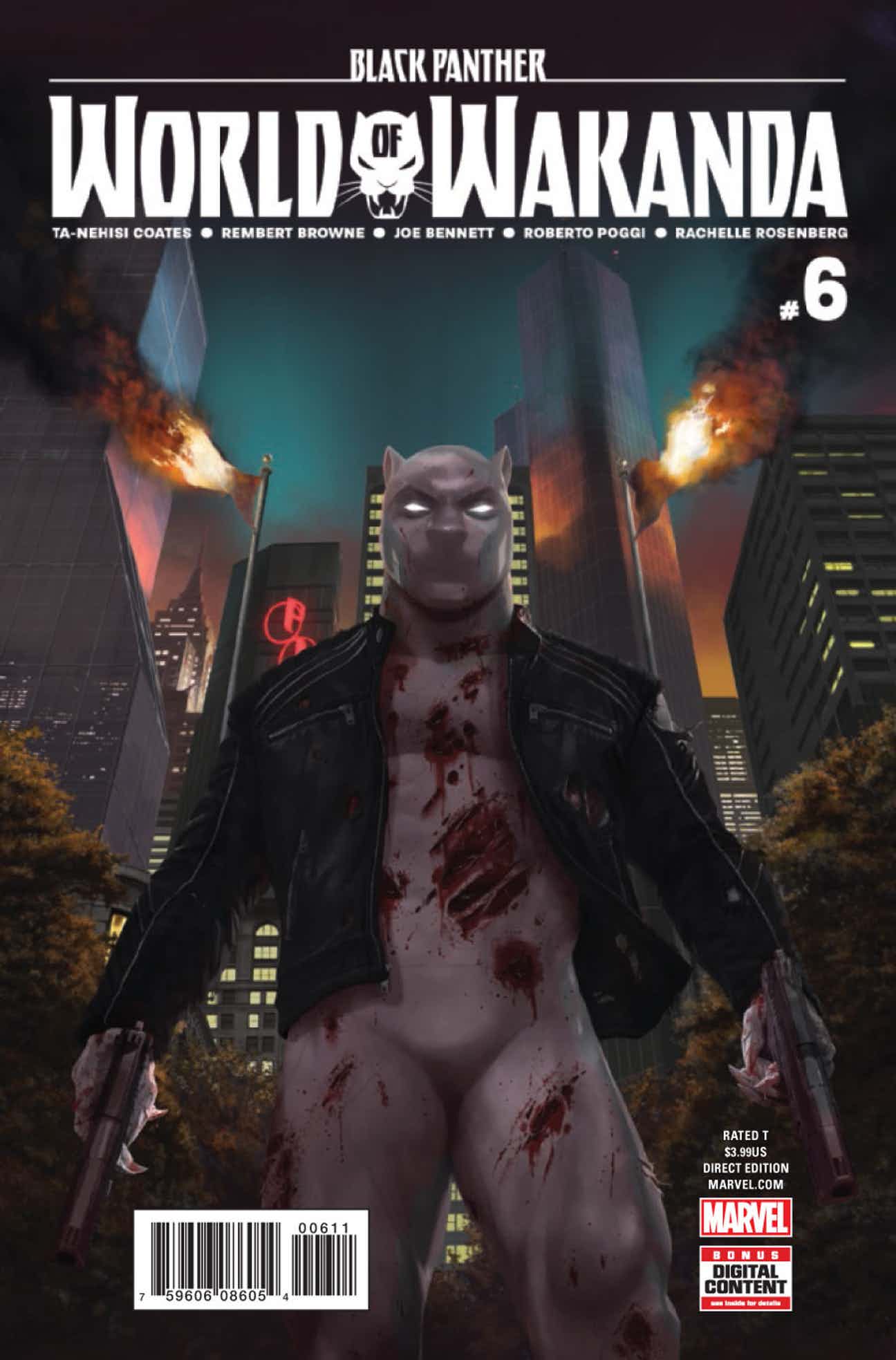 “Cocaine quarter piece, got war and peace inside my DNA
I got power, poison, pain and joy inside my DNA”- Kendrick Lamar

Welcome home, Kevin “Kasper” Cole! Arghhhhhh, I’ve been ranting and raving for this character’s return since his cameo at Rhodey’s funeral over in Captain America: Sam Wilson. Kevin’s last appearance was in his series The Crew (after his run as Black Panther) which was about fourteen years ago now. We get to check in on our guy and we see he’s got a desk job now but still hasn’t made detective and is going trough real life shit. Baby mama drama, work drama, bills drama, it’s been so many years and our guy has been in a slump. Browne does a great job showing the inner conflict with Kevin as he struggles with trying to get ahead at his job while also wanting to get back into that vigilante life as [T’Challa’s] White Tiger.

It was expressed that Cole has been doing the odd job here and there for T’challa as White Tiger, getting no credit, with no one even knowing he’s in the position. Real Black Ops shit, we don’t know how long he’s done this, just that he’s sick of being the gopher. That is, until T’Challa calls him and needs him to hit the streets to find some stolen raw vibranium being sold by The Vanisher, a teleporter. Cole’s grounded wit is still sharp as he gets testy with T’Challa on Wakanda’s affairs and gets that G-check real quick. We follow Cole as he goes to bust in on Cardia who is an underground surgeon that dallies in some questionable means; he is also the latest contact to get in touch with Vanisher.

The story really takes off from there as we see Cole going undercover in order to get the drop on these villains, all the while thinking to himself how he can’t capitalize on his heroics to make detective because it would raise too many questions. The best he can do is give his precinct an anonymous heads up and allow someone else to take the credit. I love that struggle with Cole, it’s what makes his character so interesting since his incarnation. Cole has a lot of ambition but not a lot of room to utilize it, especially when he goes outside of the law. Browne captured that aspect of his character perfectly, as well as his little quips and back and forth with villains, but more so himself and where his life is headed. 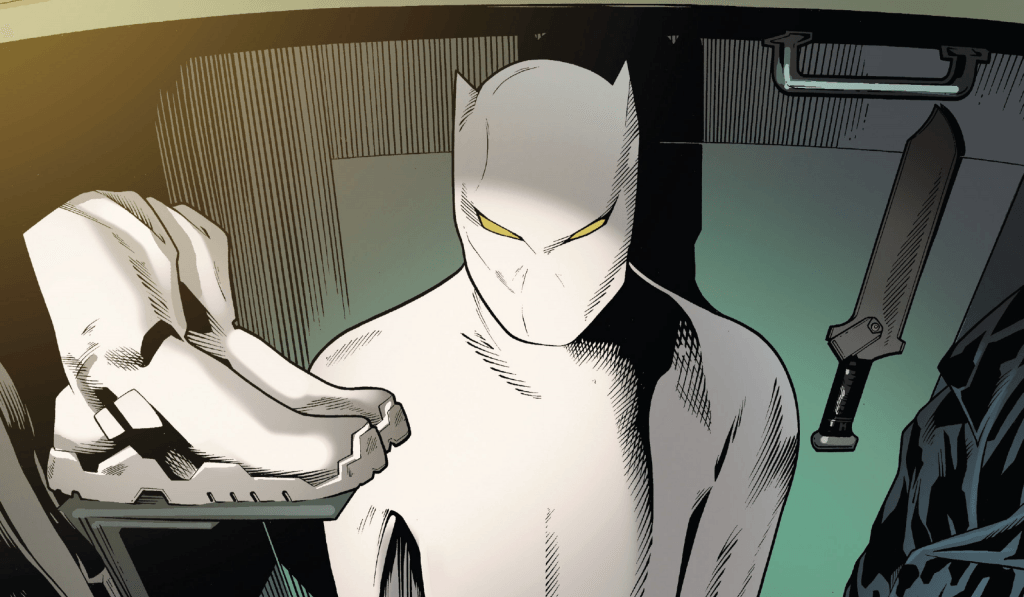 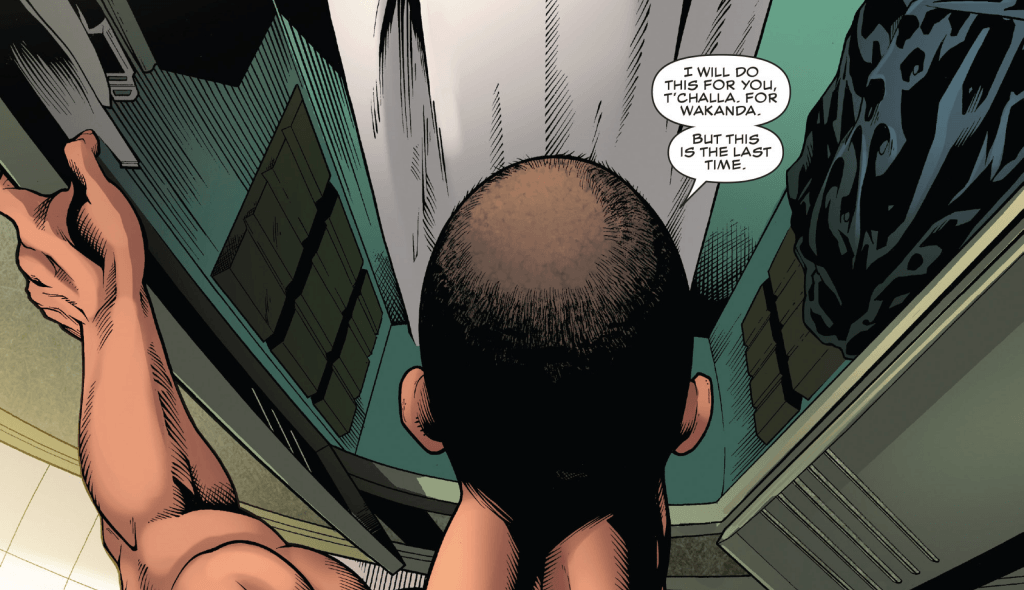 Bennet was a great choice in the artwork for Kevin’s return, immediately I noticed that Cole wasn’t passing in complexion as he was in his first appearance. He’s still called by his nickname Kasper (in reference to him being so light while his father was so dark) which I loved as a nod to his original run. The opening and closing of the book is riddled with Cole’s incarnation as the Black Panther as well, and when your mans opens up the closet and we see the suit? *rapper hearing a sick beat* Grhmmm, that is my shit. Bennet does great attention to detail to as we see the battle damage Cole’s suit endures and the mesh underneath the fabric is shown.

This issue was a Bret The Hitman Hart-level technical one shot. There was so much back story and hilarious turns of events executed with extreme excellence. The best part is that there’s still more to come with Kevin, the ending with T’Challa is an excellent entrance into new territory for not only Cole, but his relationship and dynamic with T’Challa as well. 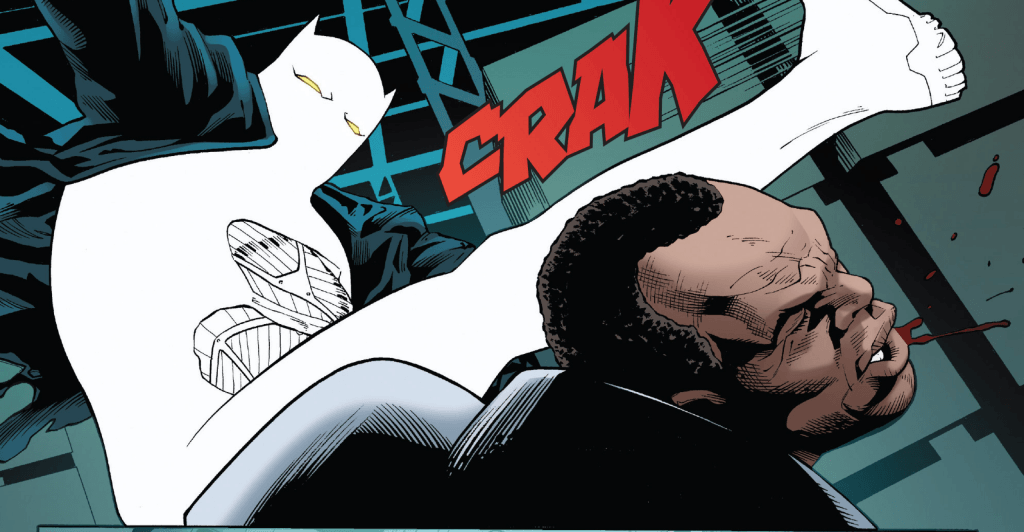