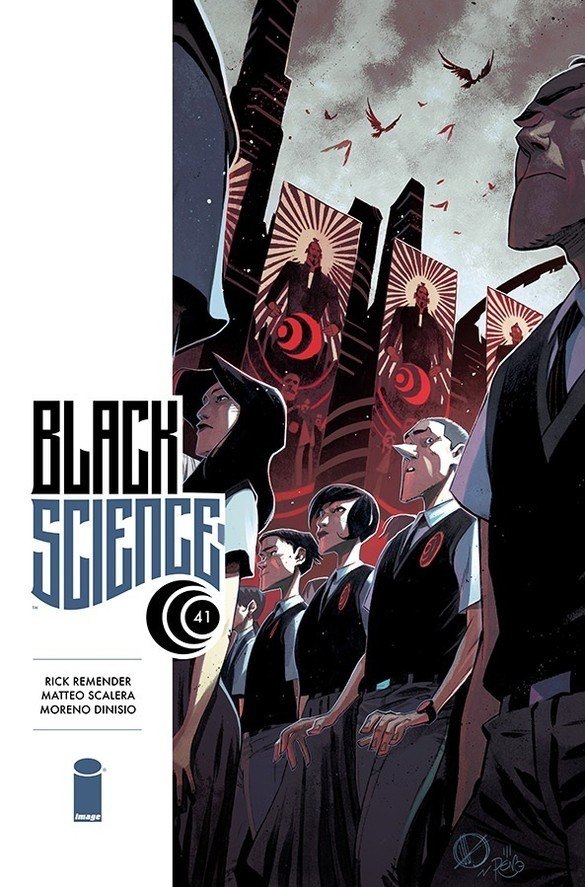 If I were writing mainstream comics, Black Science would be the comic I’d be terrified to drop on the same week with. Rick Remender is quickly approaching the end of one of the best comics on the shelves that isn’t being discussed nearly enough. As has been the case with the past few issues, Remender’s narrative takes the road less traveled, showing us the ramifications of Grant McKay [and Kadir’s] ultimate throwdown against the evil witch, Doxta. The truly interesting part of this issue is that it’s the first time we get a real look at Kadir’s ideology in comparison to his rival, Grant. For the better part of the series, the contrast between the two of them was always Grant’s wife, Sara and his affection for her. But this issue puts his personal view for the applications of science into crystal clarity, setting up for [barring anymore narrative curveballs] an interesting clash of worldviews in the final two issues.

Matteo Scalera is easily one of the most consistent artists in comics without question. Everything from the meticulous eye for detail to the emotion in every panel perfectly delivers the tension of Remender’s script. It’s hard to describe a favorite panel or scene from the book because every page is so gorgeously rendered.

Bottom Line: We’re knee deep in the endgame now and Remender is holding absolutely NOTHING back. He puts the audience in the car and sends them on the love child of a roller coaster ride and a sensory overload. Any one issue of Black Science is more than worth the coin. This is an outstanding issue among outstanding issues.

9.5 Orwellian future visions out of 10