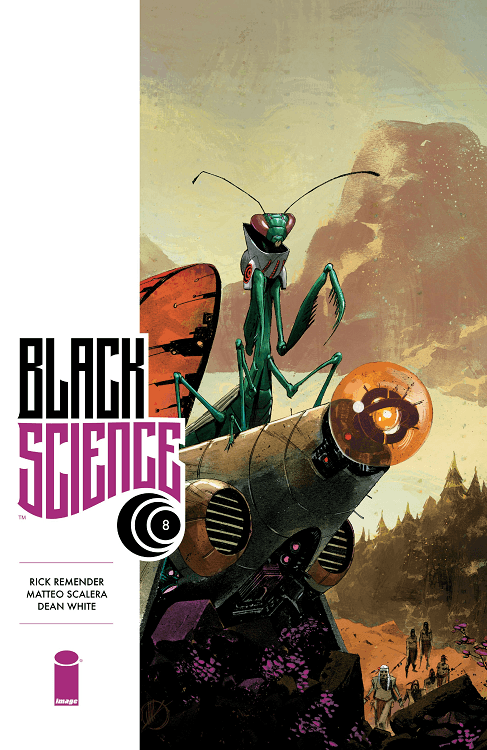 writer: Rick Remender / artist: Matteo Scalero
“—Fate is not kind to such travelers.”

No two ways about it, Remender and Scalero are doing the Lord’s work on Black Science. Considering that this was a “slow down and catch our breath with exposition” issue that still included the McKay children (very much alive) escaping death on multiple occasions, its seems obvious that the creative team has figured this pacing thing out. What really shines is the “Witch Doctor’s” backstory of his dealing with Black Science before. Turns out, that not only is time somewhat folding in on itself because of Grant and his team toying with it, but that the pillar or its technology is not new. The “Witch Doctor” has seen this story before and actually used it to great and gruesome effect well before these people of science showed up. It’s a subtle and yet devastating revelation for what the crew is dealing with. Also, the implication that Pillar may have it’s only agency is a creepy and fascinating complication. As if they weren’t having enough trouble already.

Scalero must love creating this book. The imagination and invention that goes into creating these characters and environments seem like a dream for him to be drawing. His “slash” style works so well to brutalize the tone of this book. Every month, he just brings it. Even when the action slows down.

I continue to love Black Science. No surprises there. The McKay kids and the Witch Doctor get a spotlight this time around and it doesn’t disappoint. I mean, I feel like the grass they’re walking on could be the center of next month’s issue and it would still be good. They can’t do much wrong with this book.