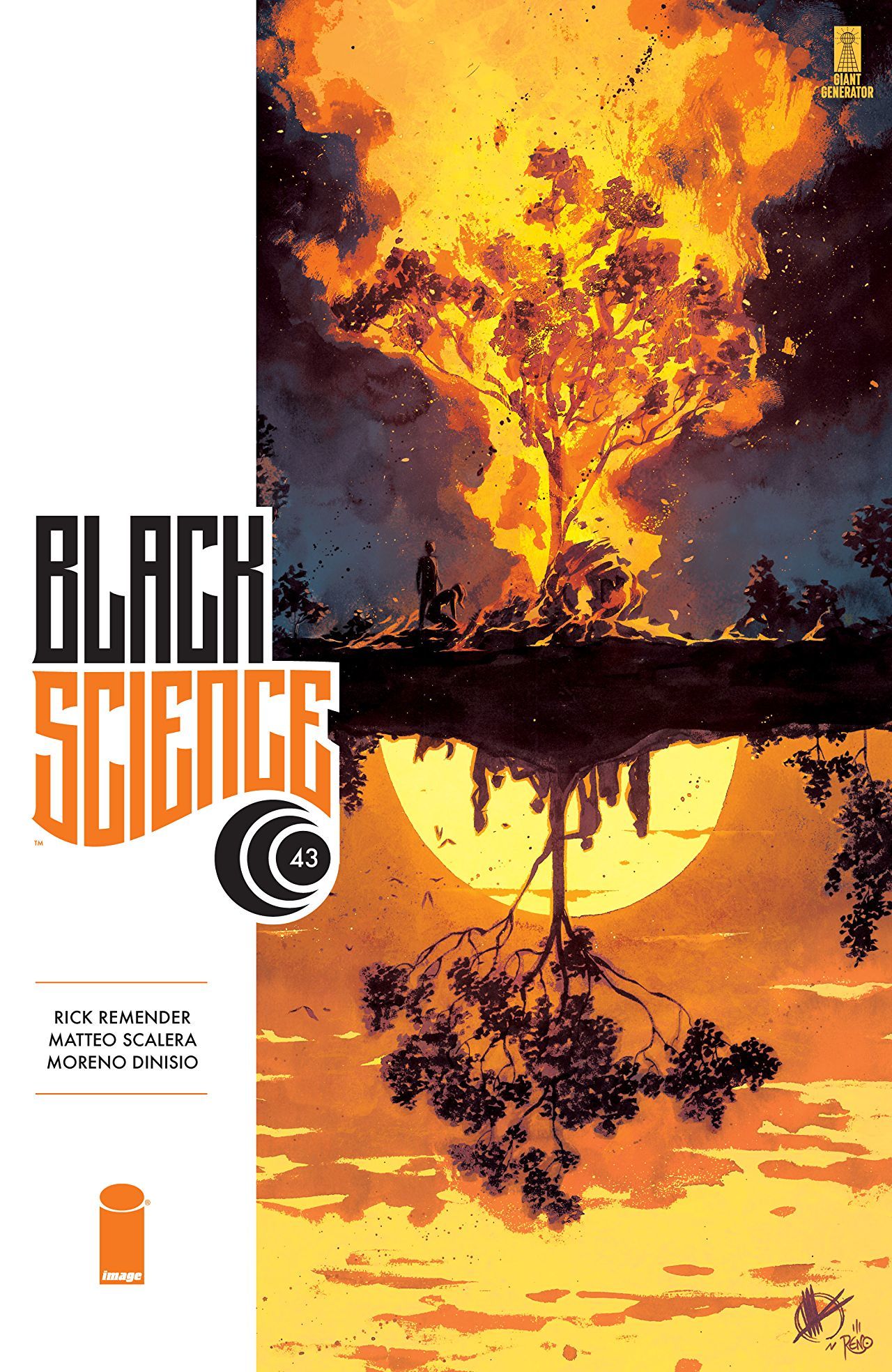 We’ve been in the endgame with Black Science for some time now, but still…I never took the time to consider that I’d soon be writing my last review on what has been one of the smartest sleeper hits on the shelves for five years and change. Yet here I am, musing about how we’ve come such a long way from that first issue where a mad scientist adventurer Indiana Jones’d out of harm’s way with a giant toad’s tongue.

And now in the final issue, Grant McKay and Kadir Aslan’s ideology comes to a very unexpected head. Remender has a penchant for taking the road less traveled. In this case, he didn’t bring Black Science to a close with an epic third act slugfest for the fate of the universe. Instead, this issue, as does Remender’s concept of the eververse, comes down to a matter of choice. All the time Grant spends throughout this series taking account of self and trying to be better for the sake of his family (maybe some of the most development I’ve ever seen in a protagonist) all seems to hinge on a single decision. Though this one choice is a callback to a previous side plot, it also somehow manages to speak to Remender’s entire concept of alternate universes. The finale manages to say goodbye to a massive, memorable cast of characters in a fitting and arguably unsettling way that will stick with readers for quite some time. Not only that, the job Matteo Scalera did as far as delivering on all the gravitas promised in Remender’s script was nothing less than stellar. There was just as many intimate, emotional moments as there were action beats necessary to pull this finale off and Scalera’s line work and facial expressions leaned into every one of them. 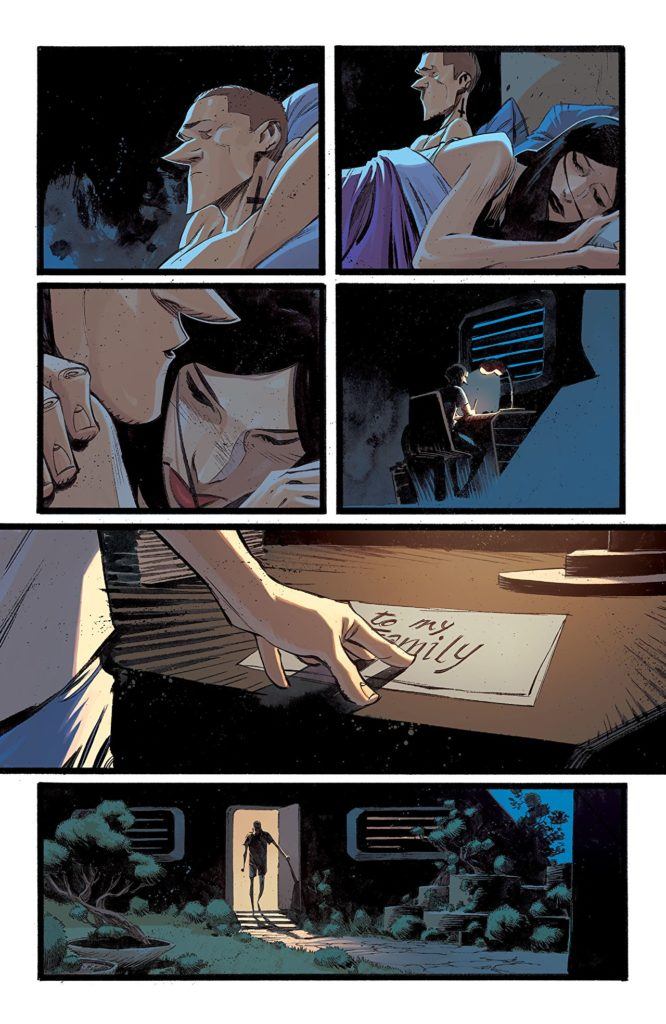 Bottom Line: A powerful finish to one of the most consistently strong stories of the past ten years with meticulously detailed panels and an ending that will make readers have to read it over at least two more times and once more in trade to make sure that read it right. It’s hard to ask for more.

10 Stargate fan conventions out of 10