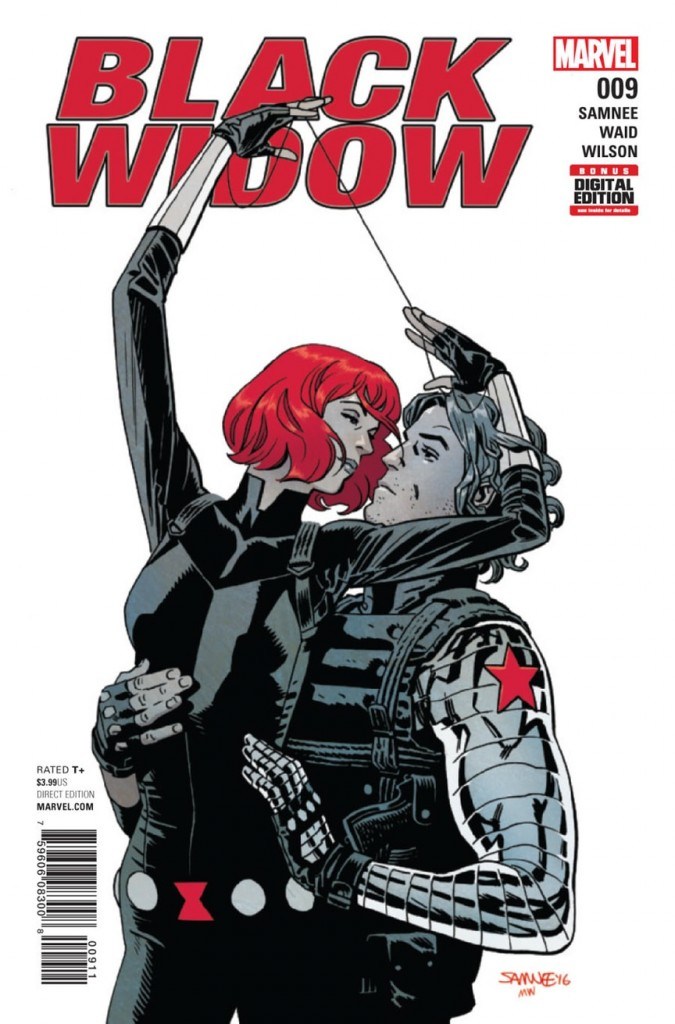 Black Widow is constantly one of the best books Marvel releases. Samnee and Waid need to be kept as a creative team and just navigate through the entire Marvel Universe in order to turn characters around and give them exciting adventures. When was the last time we had Black Widow this action-packed, man? Come on, we know Natasha is nice with the hands, hiding in plain sight, and killing, but past incarnations always forget that espionage aspect. Ya mans and dem Waid and Samnee ain’t forget a got-damn thing on this series doe.

We got Natsha back at her shop set up and seeing that things are amiss. Natasha uncovers that Recluse isn’t the only one that’s been tailing her. Enter stage left The Winter Soldier coming out of the shadows. Why has he been following Natasha? Well you gotta read the story for that shit. What I can tell you is that Samnee and Waid give you the full scale WWF treatment this issue. In case you were sleeping on Recluse you shouldn’t be, she takes on Natasha and Winter Soldier in a handicap match and is holding her own like she got both hands carrying 8 grocery bags because she is not making two trips.

Do I even need to get into how good Samnee is with the action? Don’t we already know this shit by now? If you don’t then you haven’t been reading this series. Samnee always finds a way to innovate action scenes with whatever character he’s on. This time we get silhouettes of Bucky and Natasha fighting side by side as well as utilizing their experience as partners.

It’s so hard to try and find fault with this book even when it is dialogue heavy because this team has kept us interested and we can trust that the tax return of the plot is going to be glorious.

8.9 Feelings That Someone is Watching Me out of 10

Reading Black Widow? You can find BNP’s other reviews of the series here.