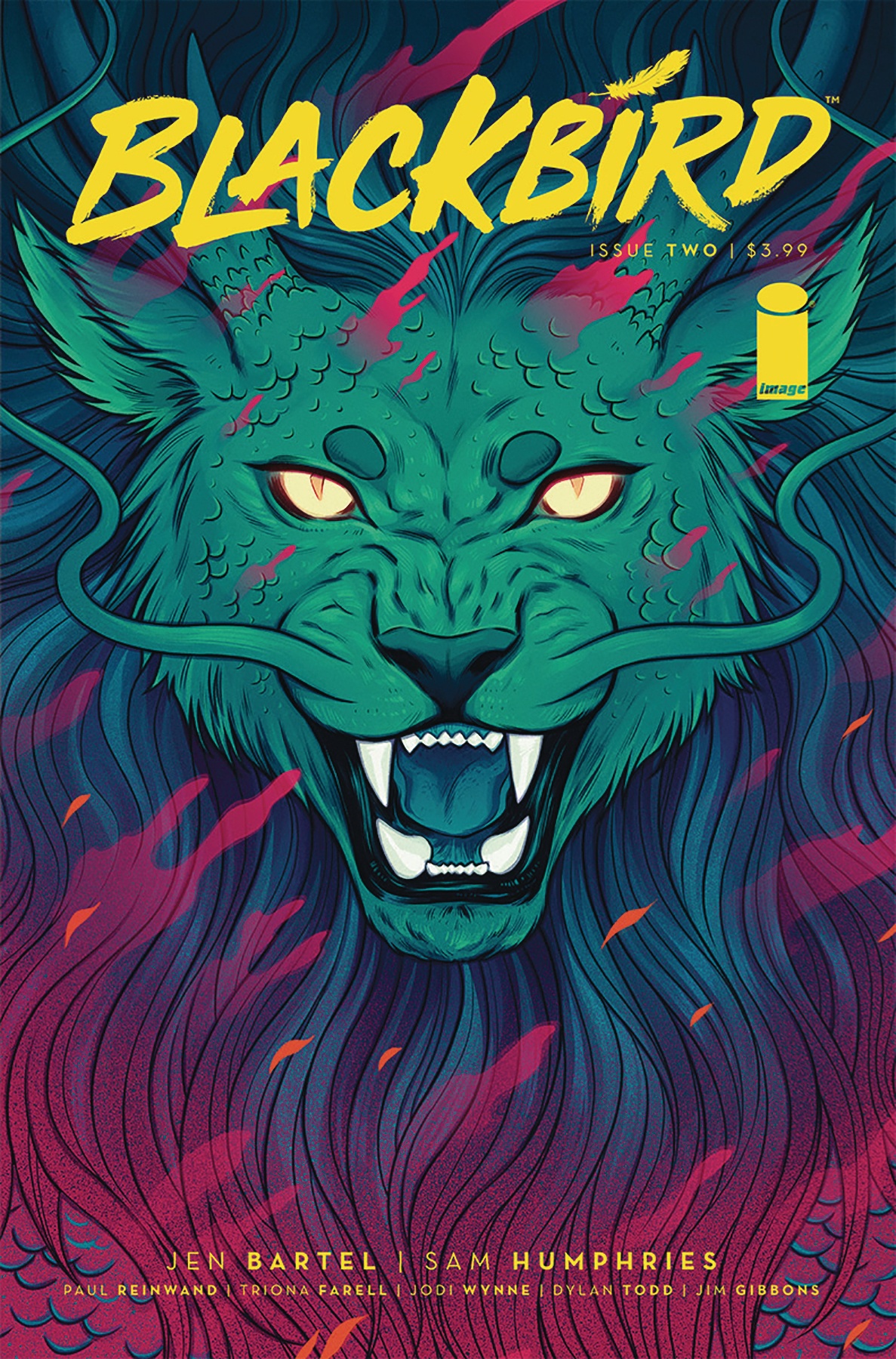 Unburdened by heavy exposition and worldbuilding necessitated by the opening issue, Blackbird #2 enters at a much more natural pace. The opening pages blend Nina Rodriguez’s current home life situation with an absent, alcoholic father and her childhood when she and her sister, Marissa, experienced a domestic dispute over Christmas dinner. Humphries’ greatest narrative skill is the texturing of flashbacks to explain and bolster his characters’ traits. Having a fuller perspective on Nina’s caustic attitude makes her a much more sympathetic character and aligns the readers with her intentions as she continues to investigate the underlying mystical world occurring behind the scenes. 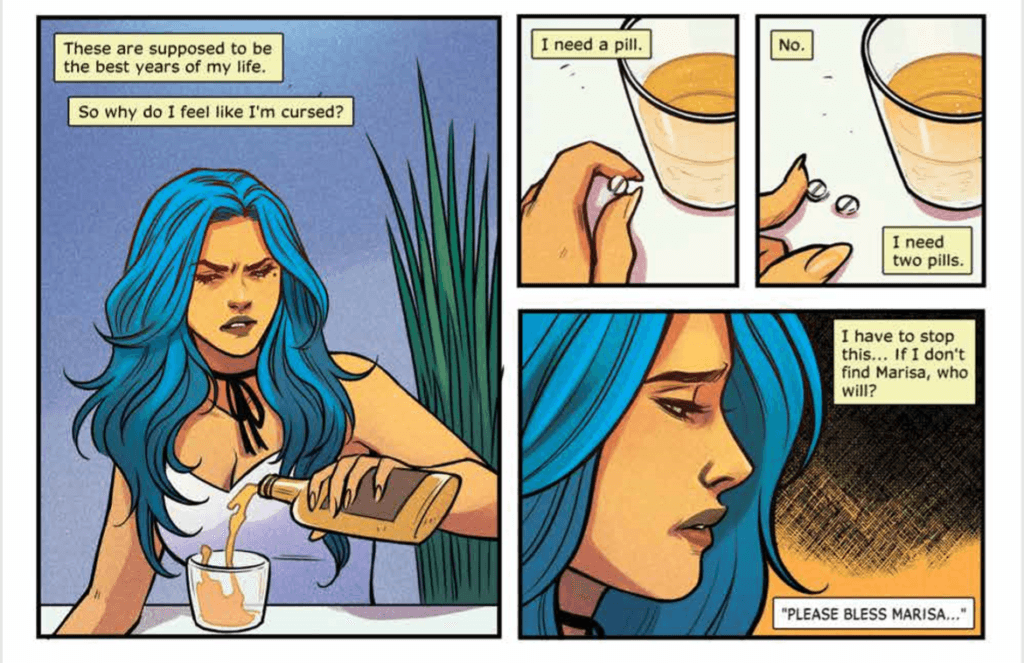 Nina’s journey through both the mundane and the magical aspects of her city is beautifully realized by the brilliant Jen Bartel. Bartel’s artwork remains absolutely breathtaking and incredibly charming in every aspect. Each character has an impeccable sense of fashion, easily recognizable profiles, and a personality conveyed expertly with their body language. Background panels oscillate between making locales as simple as a shoe store or gas station have a realistic, understated quality to more ephemeral, ethereal locations that entrance the reader.

There is an excellent balance struck between writer and artist in Blackbird. The switches between the two worlds that exist in the world happen seamlessly and the differences are subtle but exceedingly noticeable. Paragons and humans speak in similar diction but have a unique vocabulary. Color vibrancy is the major cue of which aspect of the world is the current focus, but they feel unified in presenting this visually enticing mystery. 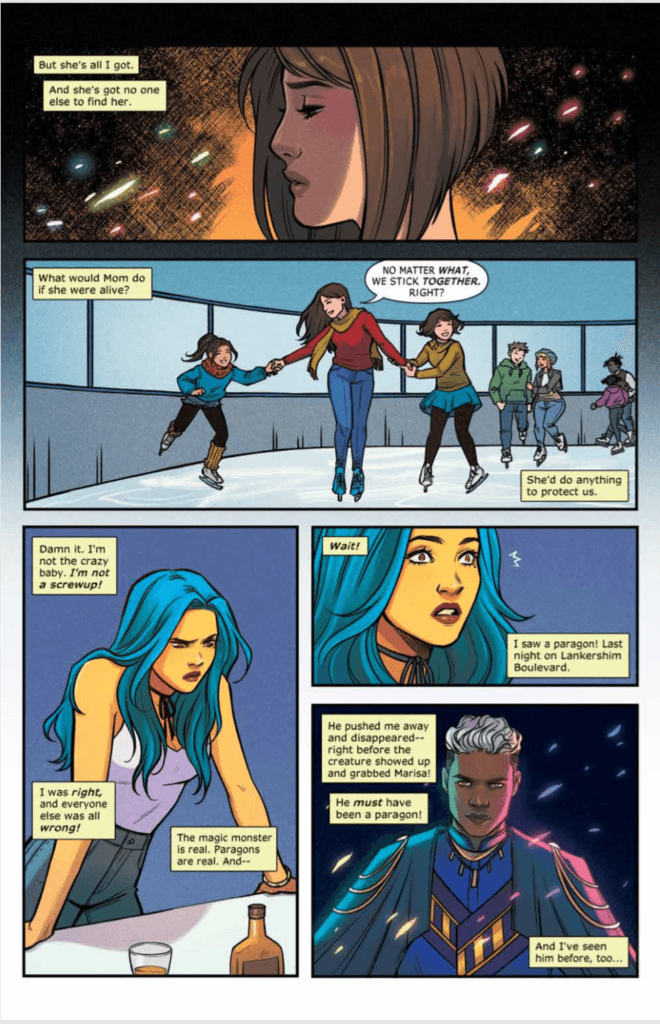 Ultimately, the sophomore issue of Blackbird finds its groove. The strengths of the first issue were bolstered, resulting in a much more natural pacing that fleshes out of the world(s) of the universe in intriguing ways that make it a must read for urban fantasy fans. Nina’s journey to face the magical underworld Cabal is definitely worth keeping an eye on if the gorgeous artwork wasn’t enough.