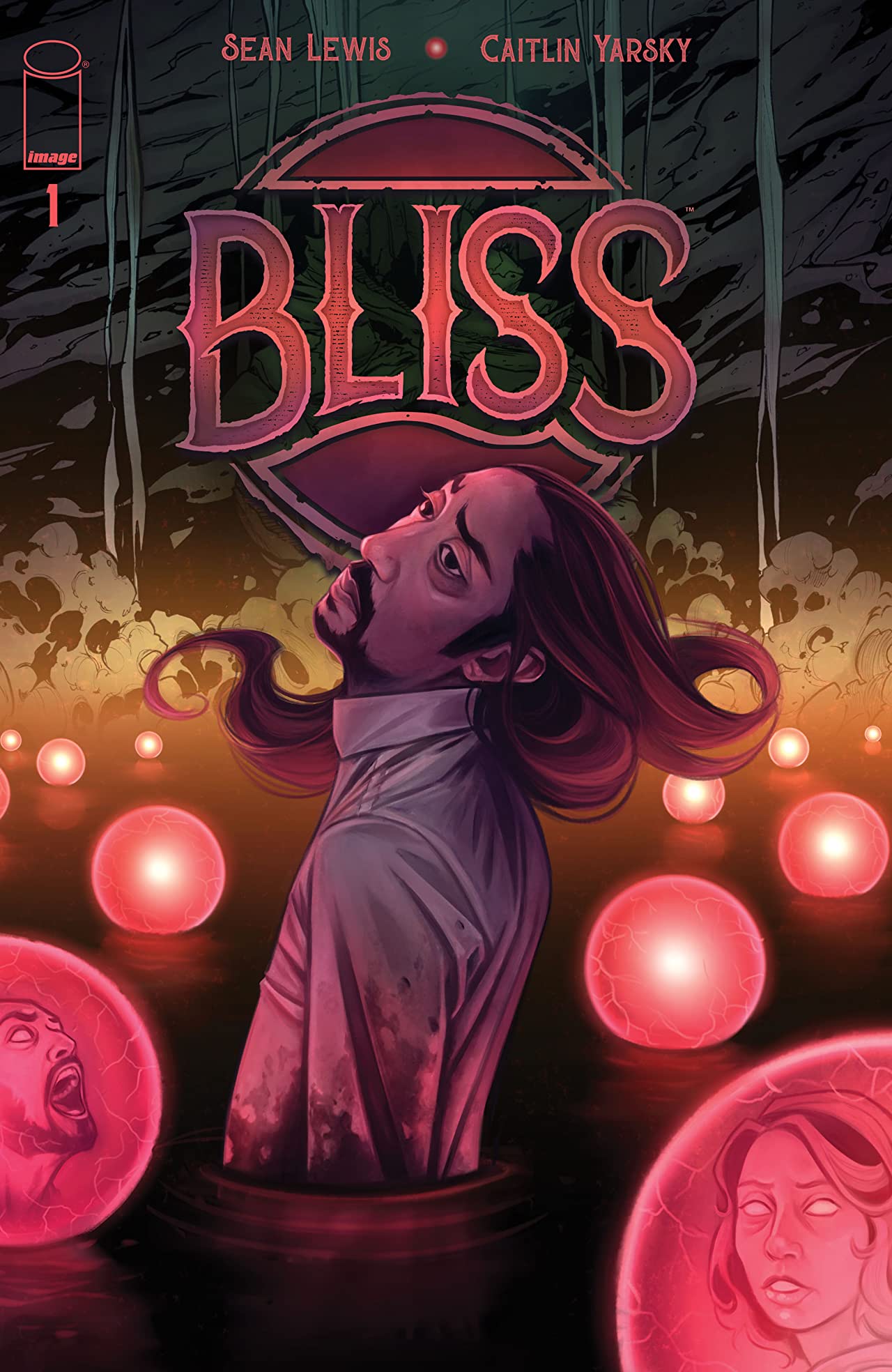 For a nontrivial amount of time, I’ve worked in a healthcare adjacent industry. Which pertinent, insofar, that during said time I learned a lot about the inner workings of hospitals that made me deeply disenfranchised with certain parts of how the system works. I bring this up because Bliss brings it up, in not so many words: what would you do to ensure that a loved one got the treatment they needed? How much of yourself would you be willing to lose to pay for said treatment? 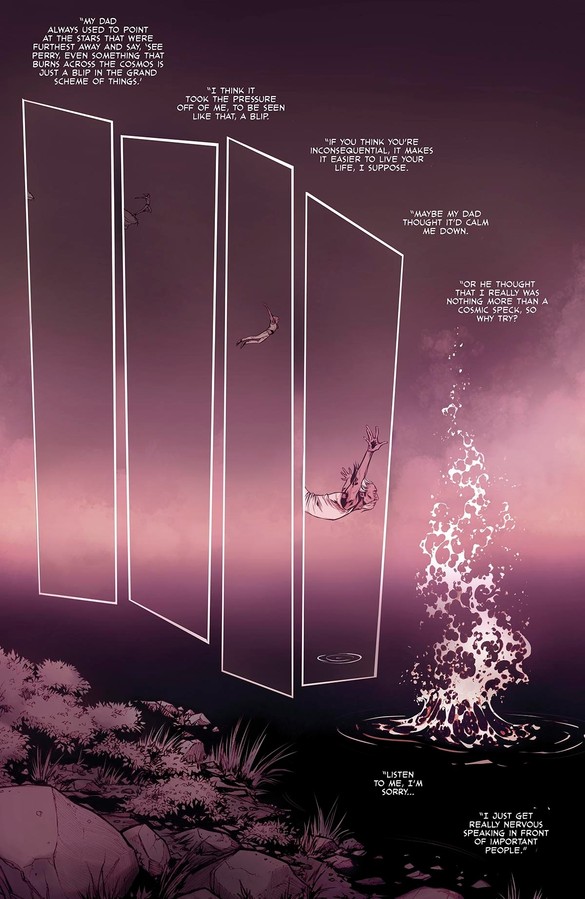 Of course in the dark fantasy world of Bliss, the prices paid and tolls taken are far more dramatic than anything in the real world. Although, I could very reasonably argue that its hits just as hard in both worlds.

Bliss is a story being told within a frame. Perry Ohara is testifying on behalf of his father Benton Ohara, a citizen of Feral City which is exactly the den of villainy you’d expect from a city named Feral. As we hear about the tragic circumstances of Benton and Mabel’s relationship, Perry’s hospitalization, and most crucially Benton’s reaction to the bill. It’s all done in hauntingly beautiful movements. Lewis combines the clinical chatter of the hospital against the emotional reactions of passersby of a downtrodden father. Yarksy’s artwork is beautiful with its subtle curvature, oval motifs, and dynamic perspective. And that’s true even before we get to the more fantastical elements of the narrative where everything ramps up to the next level.

Bliss #1 fully captures my imagination as a fan of speculative fiction and my sympathies as a reader. There is a solid emotional core, the story of a father doing whatever it takes to take care of his son. The narrative is then coated in darkly beautiful and Gothic fantasy trappings, where gods are in back alleys and the mysterious titular drug is able to wipe away every single painful memory. And that’s just the background for whatever action is about to happen. 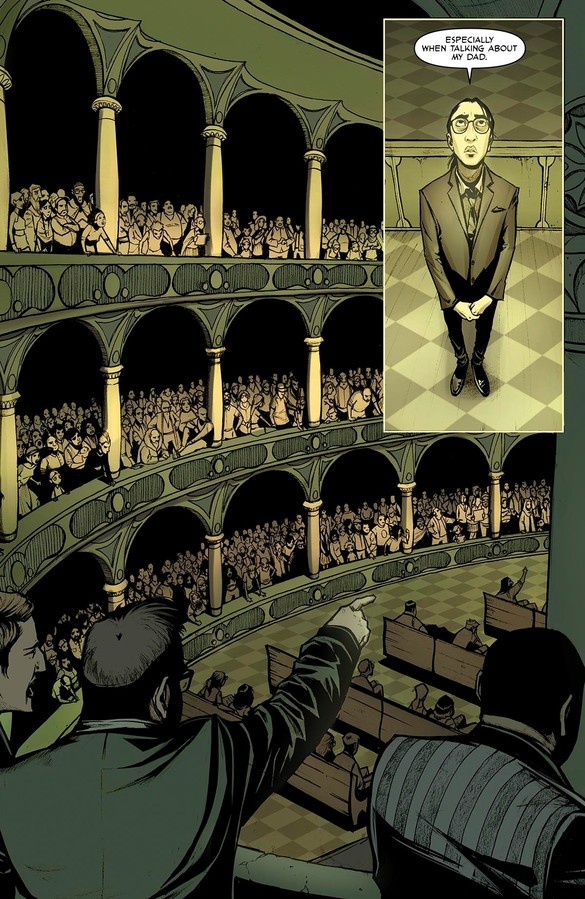 It’s an ambitious and engaging story and I love the combined creative efforts of Lewis and Yarsky. Bliss is yet another strong contender out of Image’s incredible line up of speculative fiction, and I’ll be following this 8-issue series very closely.