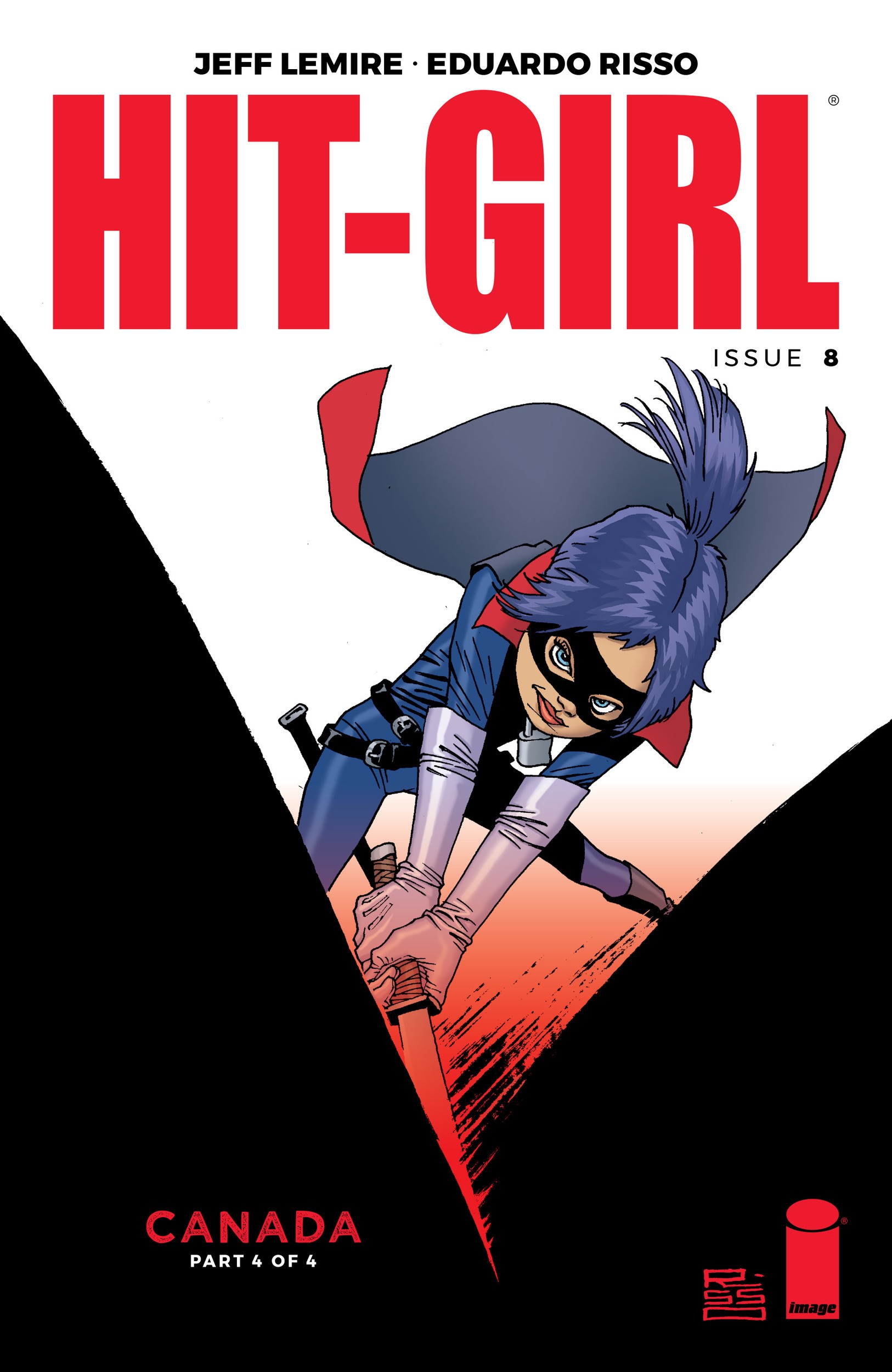 “What do you think happened? I happened, dips#!t.” – Mindy

Mindy McCready aka Hit-Girl aka Potty Mouth Patty does not take a beating without taking at least a dozen men to the morgue.  When issue #8 of Hit Girl’s current 2018 run opens, Mindy has found herself the prisoner of the Canadian Mounted Police.  After taking out a hit squad meant to kill her for the murder of her drug dealer target, she succumbs to her own injuries and is apprehended by the Maple Leaf Po-Po. While en route to being turned over to the FBI, Mindy soon learns the Fuzz up north are just as corrupt as those in the US of A when her target’s father calls in a favor to make sure Mindy does not survive the turnover. 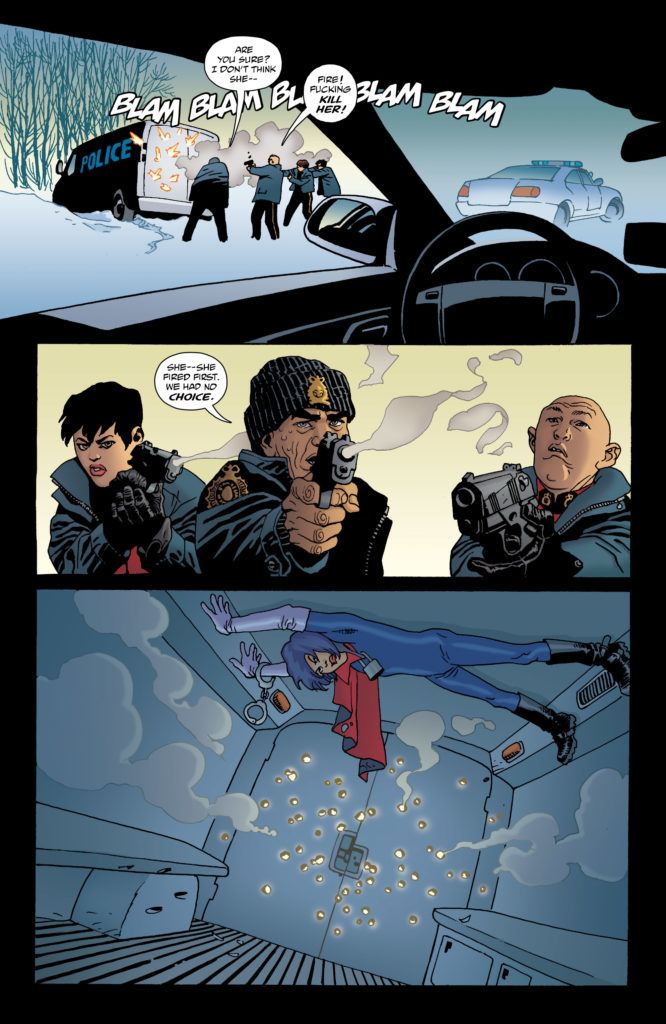 Baker, Mindy’s target, uses his government connections to call in the “accidental death” of Hit-Girl as a result of a failed escape attempt. When the failed assassination ends with two dead dirty cops and several casualties of her emancipation, Mindy goes back on the trail for Baker. What ensues is a quiet, brutal, and chilling encounter with ratchets, chain saws, and the return of our friendly woodland Brown bear last seen in issue four.  Remember to keep your nature karmic points high, kids. You never know when an animal will have to save your life.

Overall, the series wraps with a satisfying conclusion, albeit some of the loose ends tie up a little too neatly and conveniently.  Mindy’s salvation at the paws of the bear who spared her life is a bit too cliché of a resolution, but fits the overall arc and perhaps represents the surviving spirit of the hermit who saved her in issues four and five.  Furthermore, the absence of calling back to the motif of Mindy’s hallucinatory encounter with the hermit’s daughter, however, nulls the emotional or storytelling impact of introducing those characters, and makes the overall plot feel a bit a rushed and inconsequential.  Just as in previous issues, though, the strongest moments occur when the audience, and Mindy herself, are reminded that underneath her vengeance and violence, Mindy is still but a child.  Underneath a powerful voice-over from Big Daddy, Mindy remembers to “take a moment” for herself and embrace her innocence – bloody snow angels and all.

“Hit-Girl in Canada” is the perfect bedtime story for the daughter of Taxi Driver‘s Travis Bickle and Kill Bill‘s The Bride.  Heavy doses of cynical humor, ultraviolence, and tongue-in-cheek vengeance meet subtle morality tales in a snow-covered Canadian backdrop.  Writer Lemire and artist Risso add a solid entry to the mythology of Mindy McCready as she carves way across the world. The next arc, beginning in Issue 9, finds Mindy gutting fools for that fresh Gnocchi as she hits Rome. Rafael Albuquerque and Rafael Scavone will share writing duties, with Albuquerque laying down the art.