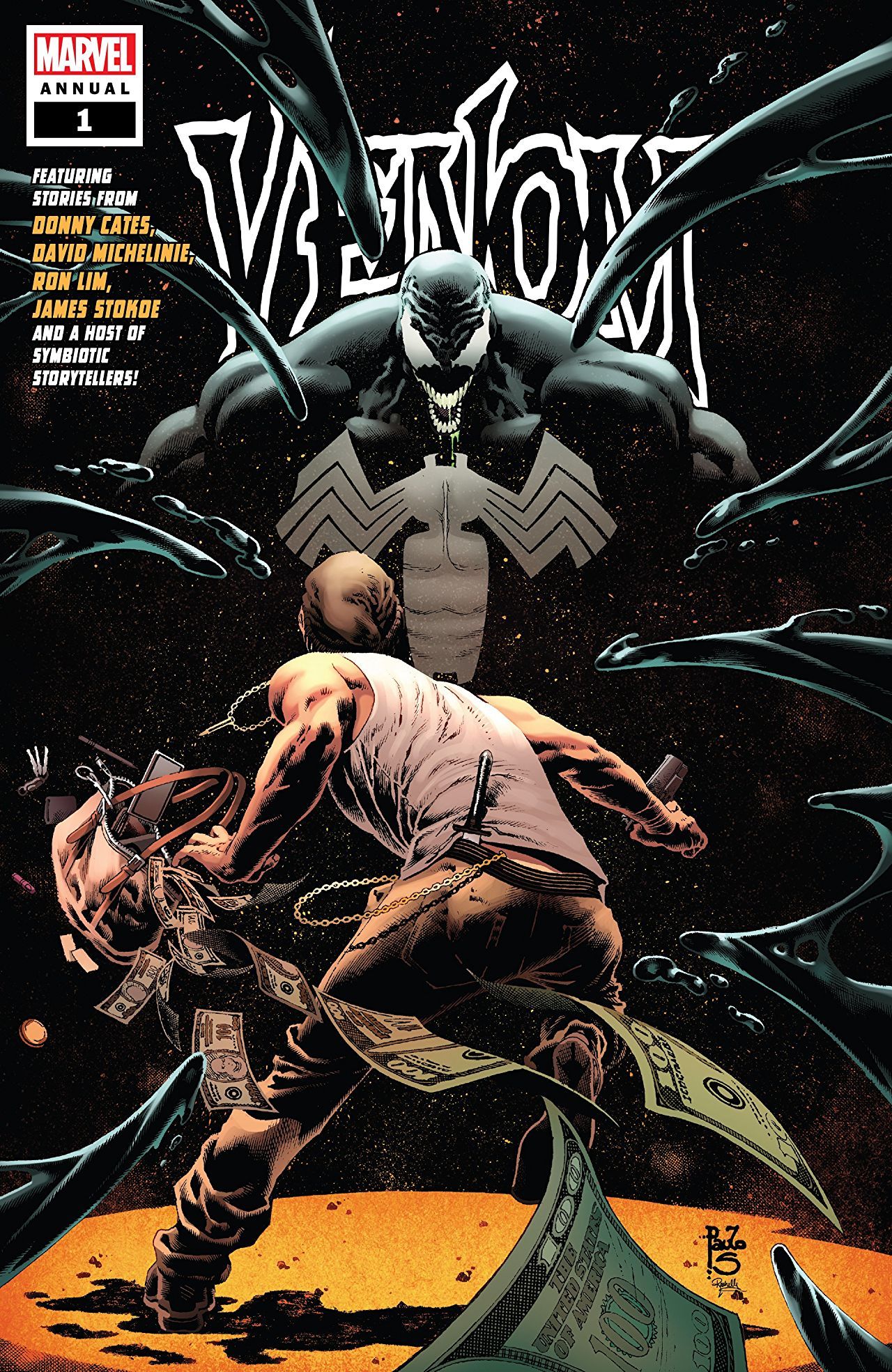 Do you know what I’m a sucker for? Apparently, it’s second-hand accounts told about monsters. Just like issue #3 of the Immortal Hulk, Donny Cates, David Michelinie, Jeff Loveness, and James Stroke all craft a story about Venom told from several perspectives. The best part is that these perspectives are all from B-list criminals, whose words you have to take with a grain of salt.

If you’ve any of my previous reviews, you’d know I lean towards the more monstrous side of Venom, the one who is treated like some sort of horror movie monster. To an extent, that’s what we get with this annual issue. Accounts of the hulking symbiote from criminals who obviously fear him. All their accounts are vastly different, and it’s fun comparing what is being said with what is actually happening on the page. 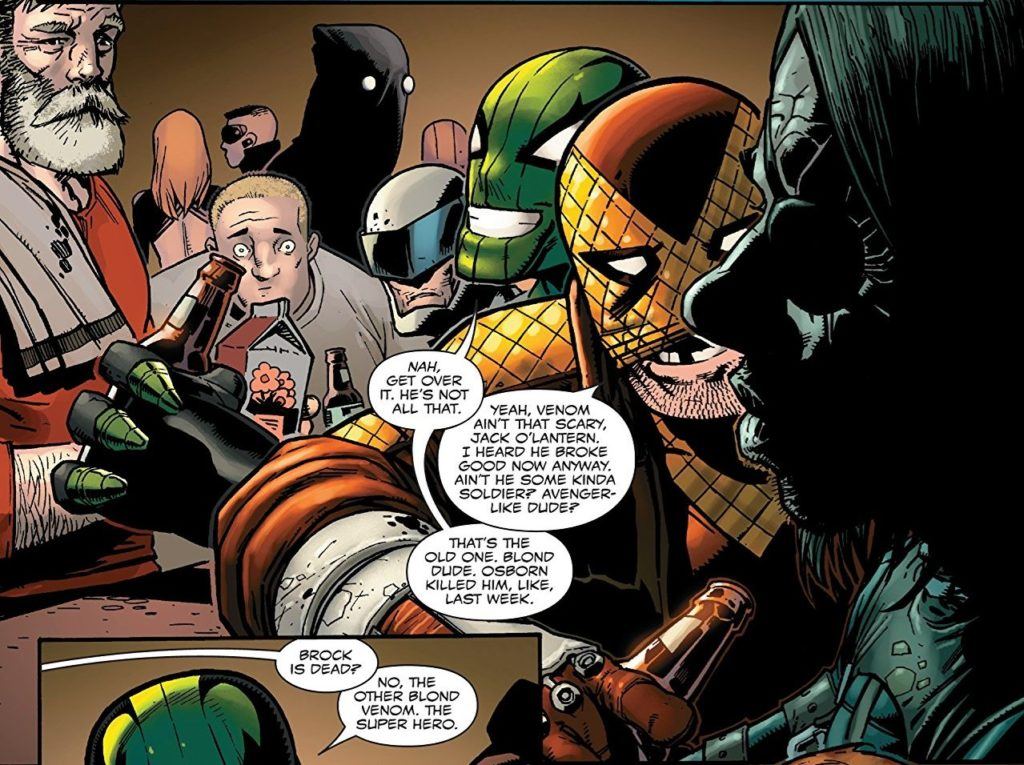 Each writer takes on telling a different account, accompanied by a different artist. Every story shows a different side of Venom, from his lethal protector state to his rampaging encounters with other Marvel heroes and villains. However, what I like the most is how each artist obviously has fun drawing Venom. You can tell that Kev Walker, Ron Lim, Tigh Walker, and James Stokoe all have their own interpretation of what Venom’s symbiote powers are capable of and how he looks. The variety in their imagination and the way they draw him on the page is a treat to see. 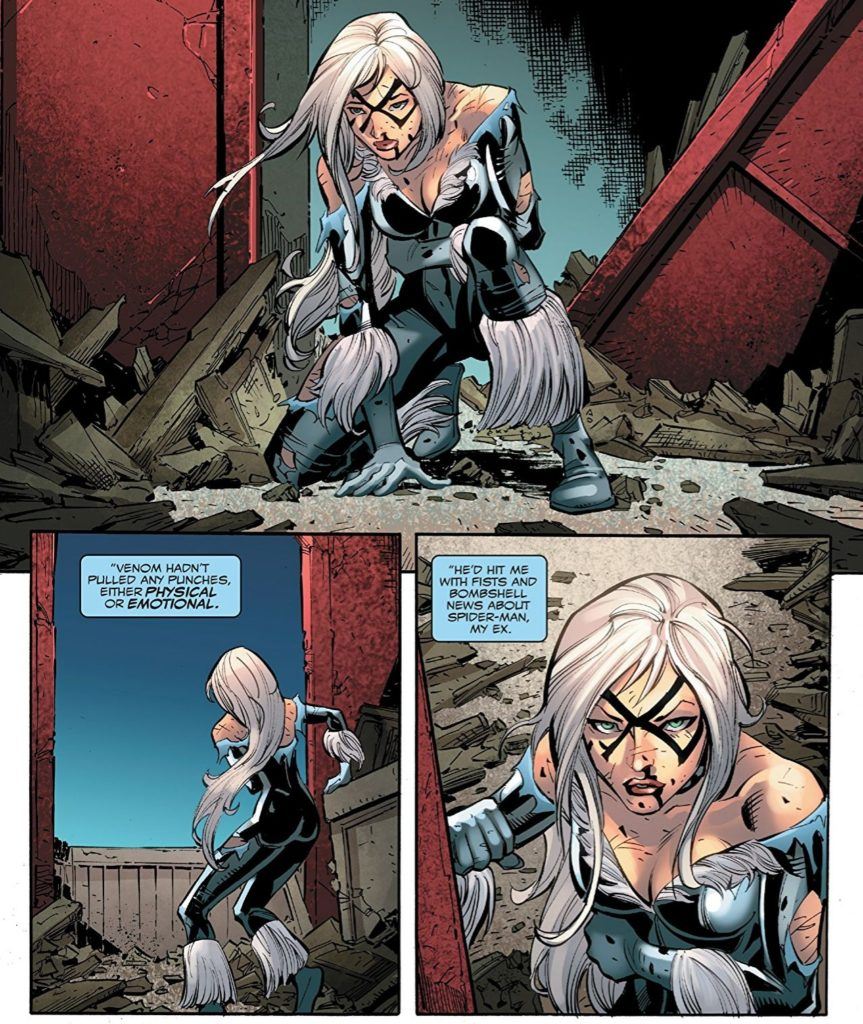 My favorite of the three stories is the one with Wolverine. While Logan and Venom’s brawl is fun enough, it’s the way he writes Venom’s personality during this fight that makes it so great. His Venom has a sinister sense of humor, with a touch of insecure. There is also the way that Tigh Walker draws Venom that makes the matchup between him and Wolverine just as brutal as you would want it to be.

I’m down for more solid one-shots of Venom like this. While each writer has different takes on the symbiote, they all manage to stay consistent with his character in a way. In a way, they all portray him as a sinister figure and walking nightmare that likes to play with his victims, whether he is doing good or bad. If you are a fan of Venom, you should do yourself a favor and give it a read.