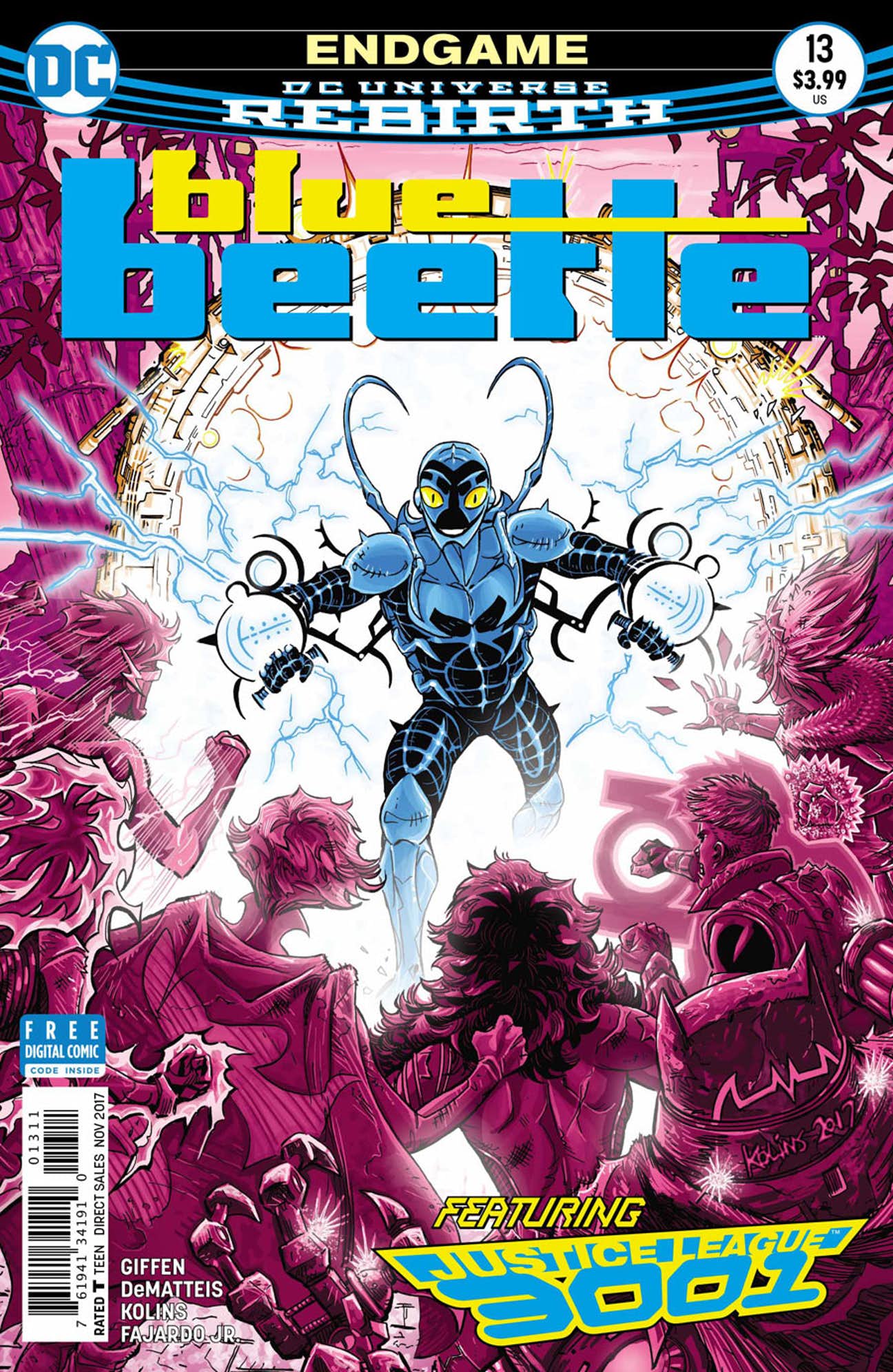 Blue Beetle takes us into the future this week asTeri (the Flash of the 31st century) explains her and Tina’s situation: they’re future Justice League of America members trapped here in the past. Teri gets the idea to create a cosmic treadmill and has Jaime power it. This idea proves fruitful until Jaime instead of Tina finds himself fighting a war in the future beside Teri and her teammates. The 31st-century JLA is fighting against Lady Styx and she been whooping their asses. I’m not really a fan of the 31st-century JLA, so having Jaime visit them in the future didn’t win me over. Lady Styx’s ties to Jaime’s past felt out of left field and wasn’t really bouncing for me either; I preferred the story of Jaime’s cast and enemies from his first iteration. I understand the need to make adjustments in the Rebirth era, but ehhhhh. If it ain’t broke… 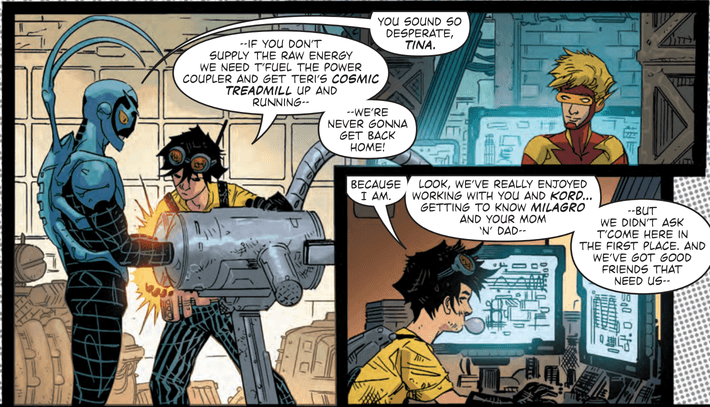 The artwork brought good narration alongside the text. I’ve been wanting my Blue Beetle team back for a while, and now that they are, the ride has been alright. I think there’s a lot that can still be done with Ted Kord and Jaime Reyes though, so more time won’t hurt in fleshing them out. There’s a new team coming for the baton pass with Blue Beetle, so we’ll see what they have in store. Giffen and Kolins have given us a great bridge into Rebirth with their run.

7 Back II the Future References out of 10