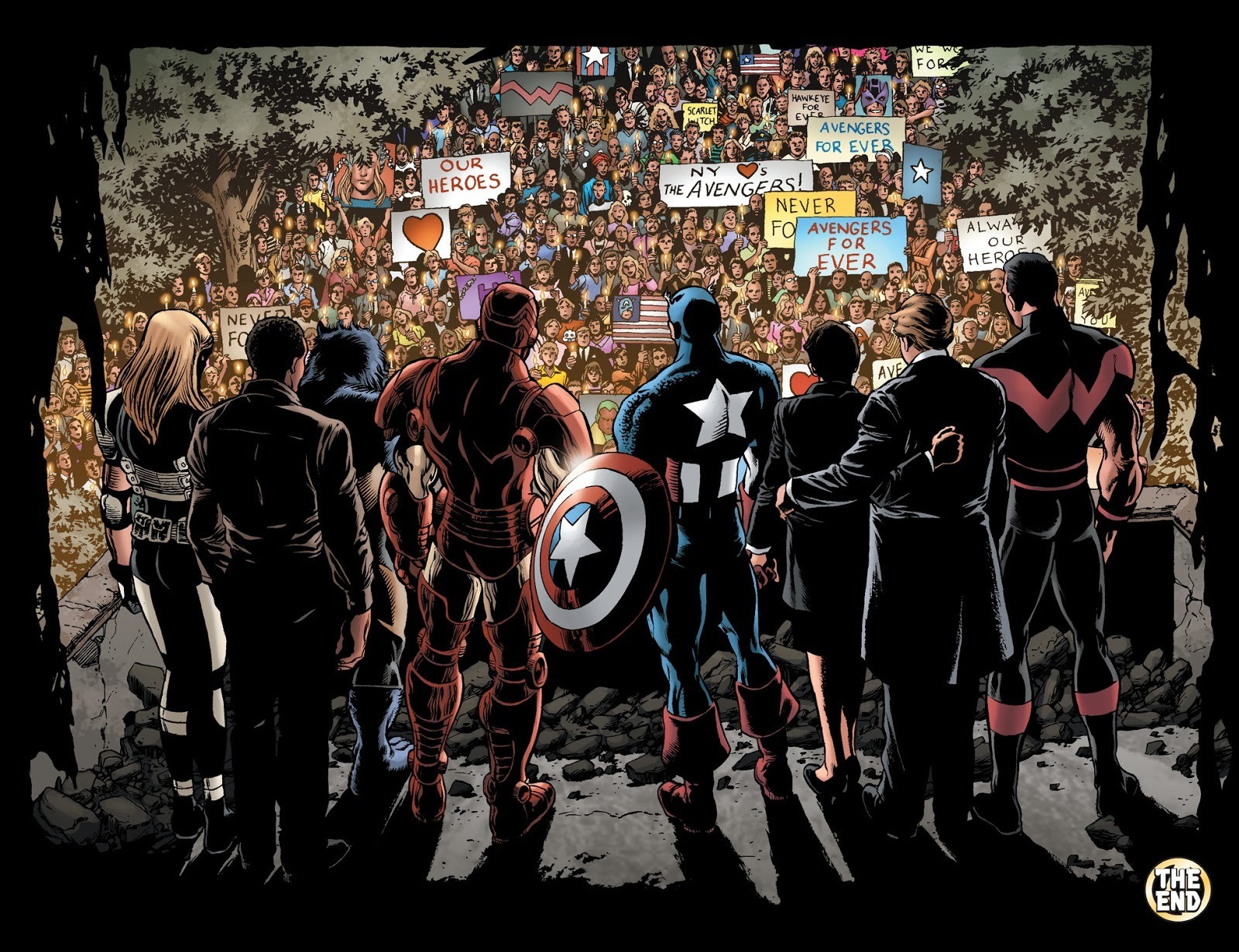 COVID season got you down huh. After you thumb through some of the other BNP At Home recommendations, let me put you on to the story that helped to push Brian Michael Bendis’ career forward and set the stage for the industry changing “House of M.” Avengers Disassembled rips our heroes apart limb by limb and eviscerates the team that everyone knows and loves. Household names get clapped with the quickness and all throughout the bloody affair, you’ll wonder how and why it’s happening. You’ll enjoy this Avengers tale if you love seeing the odds continuously get stacked up against your favorites, requiring all the homies to pull up to save the day.

The Beginning of The End

The story kicks off at the mansion with Hawkeye and Ant-Man talkin their misogynistic BS. She-Hulk calls them out on the toxic work environment vibes when the Red Alerts goes off. From that point on, we see a series of blows dealt to the squad worst than late 80s Bulls back to back beatdowns at the hands of the Pistons.

It all starts when Jack of Hearts (who had just died) comes skulking into the mansion zone with his previously dead face melting off all Tales from the Crypt like. Scott goes out to greet him because Jack had saved his daughters life and BOOM. Ant Man is blown to smithereens. The events that follow are like all the Final Destination movies rolled up in 5 issues.

Vision goes from suicide bomber to a malfunctioning Westworld host. Face melting off, he tells the team he’s not in control of his body before regurgitating metallic balls that transform into a bunch of Ultrons, and it’s just mayhem in the mansion crater. At this point in the story, you should be wondering what the hell could happen next, when in reality this but the tip of the iceberg that Bendis has the SS Disassembled headed straight for.

She-Hulk SMASHES Her Way Out of the Avengers

They deal with the Ultrons just in time for Jennifer to take a page out of her cousin’s book. She rips Vision’s lifeless synthetic body in half in all her gory gamma glory. Things take a turn for the worse as Avengers Disassembled showcases one of the worst berserker moments that Jennifer ever suffers. After crushing Cap under a truck for like 20 minutes, backslapping Janet into the next dimension, and incapacitating Captain Britain, She-Hulk become everything she fought so hard to not be, and that eventually causes her to flee from the Avengers. I raise my eyebrows at some of the writing in this portion of the story, with all the women of the team getting taken down and doing the taking down. Visually, the close ups are incredible, and the action is exhilarating; however, I don’t love the overall aesthetic that David Finch brings to these books. Don’t get me wrong, there are plenty of dope panels, but I feel the muscly style he’s so good at takes over when he could finesse the images a bit more.

The rest of this tale has some wild moments as we witness nearly every Avenger past and present answering the code white call (a super dope moment), a mini Skrull invasion in the middle of NYC, Clint Barton die a hero, Doctor Strange appearing to save the day, and so much more. In the end, this is all a precursor for the game changing “House of M” event, but that doesn’t nullify the death the Avengers suffer or fallout that comes from the chaos magic used by a certain villain turned hero turned spurned woman. 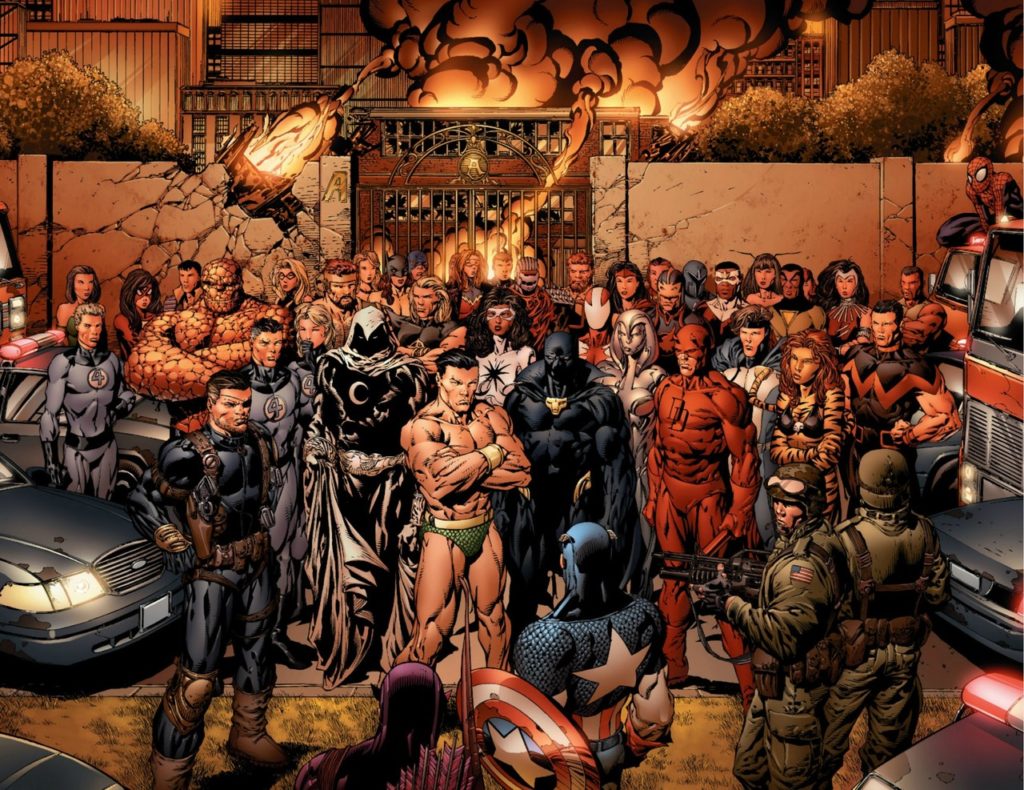 Avengers Disassembled can be found as Avengers issues #500-503 and Avengers Finale or in tradeback form. Be sure to check it out, especially if you want to know how the New Avengers are ushered into their greatness when they take over the mantle, sans government restrictions.