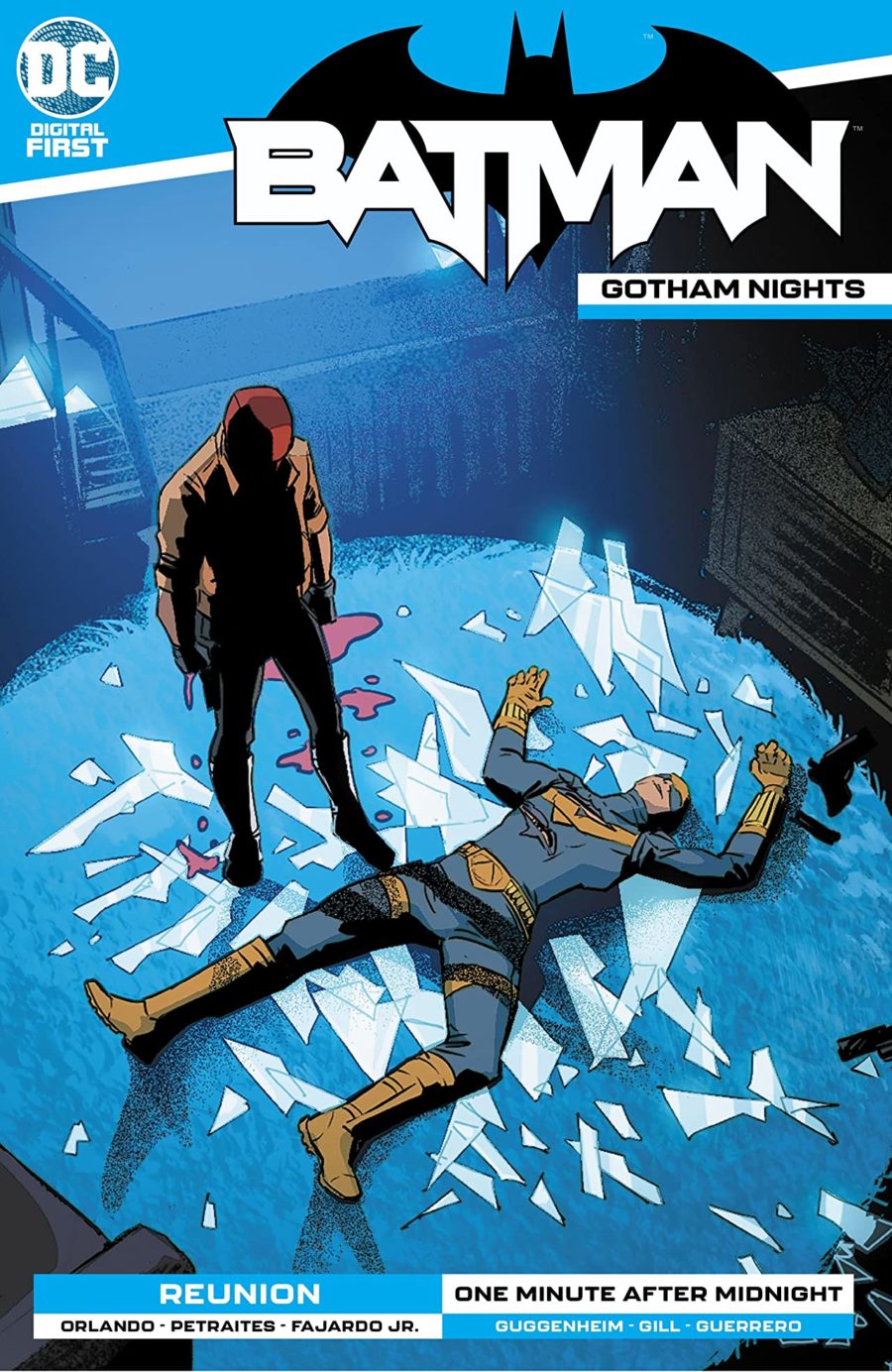 So, this week is disappointingly lacking in many new DC releases. There are, however, a couple DC “Digital First” comics that seem worth checking out. I came across Batman: Gotham Nights #11. The title has long flown under my radar but scarcity has forced my hand. Imagine my surprise to see one of my favorites of the Bat-Family, Red Hood. Steve Orlando and Priscilla Petraites tell a story of Jason Todd protecting a fellow survivor of Ma Gunn’s School for Boys. Codename: Assassin is a character I learned of literally this morning in another comic so it seemed like fate that this story caught my eye. There is another story in this book by Marc Guggenheim called “One Minute After Midnight”.  If you have a dollar to spare, this looks like a promising way to spend it.

“I know you wanted some new comics, but how about a couple short stories with Red Hood?”. You win again, DC. Titans Together brings us “Bride of Blood” by Phil Hester and Scott Koblish. What’s better than a classic conflict between the Titans and Deathstroke? Red Hood swooping in to thicken the plot, of course! This looks like a classic, “Please! I know I’m a villain, but I need your help to save my family” story. I can’t deny my affinity for this kind of storytelling trope in a comic with some of my favs. I’m racking my brain but I can’t think of an instance outside of the Titans show where Jason Todd teams up with the Titans. So you know that 3 dollars you were about to spend on an energy drink? Buy some water instead and use the dollar you saved to check this little morsel out.